Resignation: Walid Jibrin, end of an era of Mr PDP

The resignation of the former Peoples Democratic Party (PDP) Board of Trustees (BoT) chairman, Senator Walid Jibrin on Thursday, has been generating mixed reactions. Jibrin,… 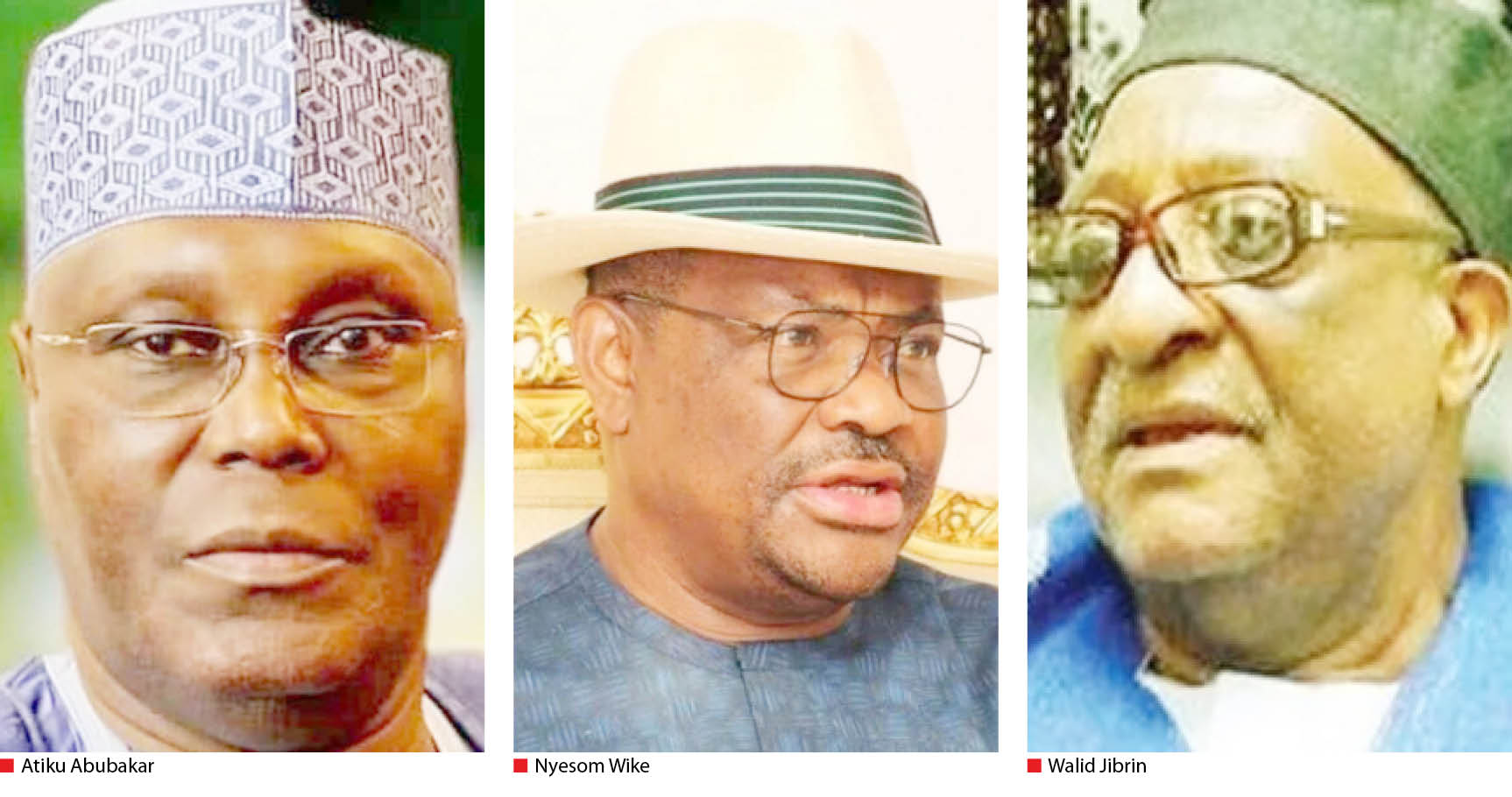 The resignation of the former Peoples Democratic Party (PDP) Board of Trustees (BoT) chairman, Senator Walid Jibrin on Thursday, has been generating mixed reactions.

Jibrin, who took over as acting chairman following the removal of Haliru Bello in February 2016, was one of the longest serving BoT chairmen in the history of the party.

Before Jibrin there was Doctor Alex Ekwueme, Chief Solomon Lar, Chief Tony Anenih and former President Olusegun Obasanjo, but Jibrin who was on the saddle between 2016 – 2022 served the party the longest.

As a foundation member of the PDP, the ex BoT chairman decided to sacrifice his position for the unity and peaceful co-existence of the party to help in nipping in the board, the ongoing crisis rocking the main opposition party.

Since the conclusion of the presidential primary of the party in May this year, peace has eluded the party.

The Rivers State governor, Nyesom Wike, who promised to support any aspirant that emerged, has reneged after losing the keenly contested election to the former vice president, Atiku Abubakar by 371 to 237 votes.

Daily Trust Saturday gathered that after the presidential primary, the winner, Atiku, promised Wike the vice presidential slot although the Rivers State-born politician had earlier vowed not to accept anything less than the standard bearer of the party.

The intrigues and politics that dogged the process leading to the emergence of the vice presidential candidate threw up the Delta State governor, Ifeanyi Okowa instead of Wike.

Since Okowa’s emergence, Governor Wike had gathered his army of troops and supporters and literally declared war on the leadership of the party, insisting that only the resignation of Iyorchia Ayu, the national chairman would restore peace in the party.

But as Mister PDP, as he is always referred to by his supporters and admirers, Jibrin decided to make the sacrifice of quitting his position for the restoration of peace in the party.

In his resignation speech, Jibrin said, “We had a caucus meeting yesterday and I had to take this decision based on what I said in the past. I said we would all want to make sure that Atiku became the president of Nigeria by all means, that is why I decided to step down from the BoT.

“I discussed this with the candidate and he agreed with me. If the party wins I will be given a bigger position.”

Before now, the former BoT chairman of the party had been at the vanguard of trying to settle the rift in the party. The BoT under his leadership has stood out as one of the main organs of the party that has been rallying the warring factions for an amicable resolution of crises.

He had led members of the Board to meet with Atiku Abubakar and Nyesom Wike. He even set up a committee towards tackling the issues.

Analysts said that as someone who was a founding member of the party and committed to its ideals, while his resignation might go a long way in advancing the cause of peace, it might also signal an era of the old brigade in the administration of the main opposition party.

He had also spoken against the northernersation of the PDP leadership, a situation where by only the North produced the presidential candidate, national chairman, BoT chairman and even the chairman of the PDP Governors Forum.

Jibrin had said, “I will add that I stand strongly on my toes. I have been a true member of the PDP since its inception in 1998. I have remained in the party since then.

Jibrin also said he had seen the party progress through the years, adding that as chairman of the BoT he had a five-year tenure, out of which he had already spent four years and six months, having only six months left, according to the constitution of our party.  He also promised to remain in the party.

Meanwhile, experts are not sure the sacrifice of the PDP elder would assist in bringing peace to the party.

Daily Trust Saturday also gathered that there are underground moves to finally bring the issue to an end and chat the way forward for the success of the party during the 2023 elections.

A source in the party who did not want to be named because of the sensitive nature of the ongoing reconciliation efforts said, “Enough conciliatory moves are ongoing. It is not only that the BoT chairman decided to resign, there are other issues that are being addressed under the radar.

“I can assure you that everything will soon be over and the party will bounce back from the crisis. Note what Atiku said at the NEC meeting. Efforts are ongoing, forget some of the things you hear,” he said.

“Let me use this opportunity to thank all members of the NEC for your wonderful support during the last convention where I emerged as the candidate of our party.  I cannot thank you enough, my promise is that I will meet your expectations and the expectations of Nigerians. Let me also use this opportunity to thank our outgoing BoT chairman for his services and sense of patriotism for our great party.

“Many speakers have alluded to family disagreement, which is normal, even in political families. What I can assure you is that we are determined to resolve those issues internally.”

He said, “The party has what it takes to guide us to continue to nurture this political party to provide a platform for all Nigerians to realise their collective and individual aspirations. Therefore, I wish to appeal to all members of our party to make sure that all our disagreements are resolved internally.”