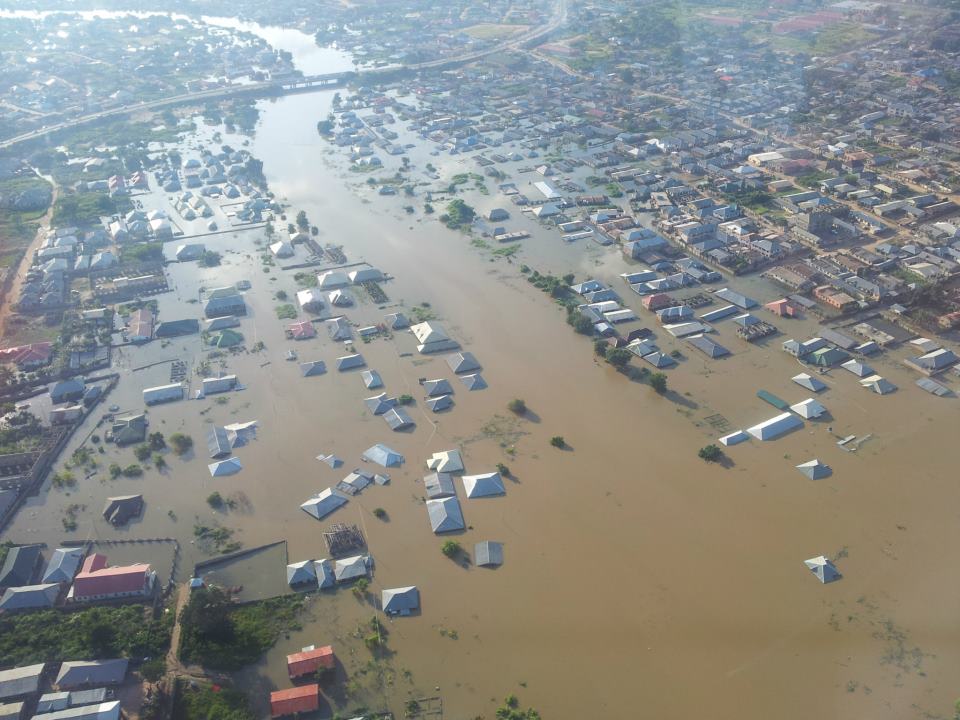 A three-year-old baby and three others have been confirmed killed in Ibaji land by a flood that wreaked havoc in Ibaji Local Government Area (LGA) of Kogi State.

The Chairman of Ibaji, Williams Iko-Ojo, disclosed this on Tuesday, saying, “As I’m speaking with you right now, there is no single habitable land in Ibaji; everywhere has been submerged and people are in a devastating condition.

Also, the Ejeh of Ibaji, Ajofe John Odiche Egwemi, called on the federal government to complete the dredging of the River Niger, including building of dams, as a long term solution to flooding.

He said, “I feel very devastated with the magnitude and the destruction that have come from the flood disaster.

‘’Usually, we do experience flooding of farmlands between August and October, but not of this magnitude. The flooding then usually comes with alluvial soil for a rich harvest and plenty of fish. That was how our parents and great parents lived and enjoyed the community.”