Super Eagles were not destined to be in Qatar, says Sanusi

The General Secretary of the Nigeria Football Federation (NFF), Dr. Mohammed Sanusi has said the Super Eagles were not destined to participate in the forthcoming… 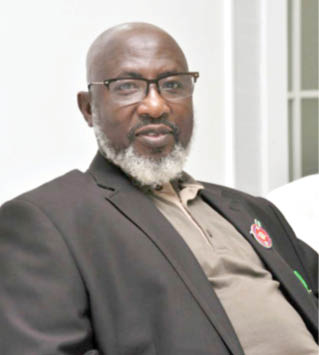 The General Secretary of the Nigeria Football Federation (NFF), Dr. Mohammed Sanusi has said the Super Eagles were not destined to participate in the forthcoming FIFA World Cup.

Speaking during a sports programme on on Brilla FM, Sanusi said reality is now dawning on him and concluded that it was God’s will that the Super Eagles could not qualify for the World Cup.

It will be recalled that during the Africa World Cup Playoff in March 2022, Nigeria could not go past the Black Stars of Ghana and missed out on World Cup qualification on the away goal rule.

“It was a painful exit that we couldn’t make it to the World Cup and it always affect me. Psychologically, I don’t feel good as a Nigerian and football administrator.

“Let’s take it that way and forge ahead. Italy also didn’t qualify for the World Cup, they started playing friendly matches and that was exactly what we have done,” he continued.

“We are not happy and have no excuse for what has happened. Nigerians should forgive, forget, and let us forge ahead,” he concluded.