The Southern Kaduna Christian Leaders Association (SKCLA), has challenged the federal and Kaduna State governments to investigate and put an end to what they termed… 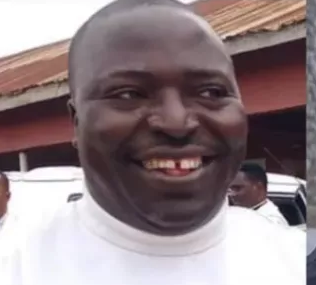 The Southern Kaduna Christian Leaders Association (SKCLA), has challenged the federal and Kaduna State governments to investigate and put an end to what they termed “the continued persecution of priests across the country.

This was contained in a press statement issued and signed by the Chairman of the association, Apostle Emmanuel Nuhu Kure while reacting to the news of the murder of Rev. Fr. John Mark Chietnum, one of the two kidnapped Catholic priests in Kafanchan Diocese.

Apostle Kure, who lamented the rising cases of priests being kidnapped and in some cases killed by their abductors, even after receiving ransom, also tasked security operatives to always be proactive in their response to crime and criminalities, instead of reactive.

He described the murdered priest as one of the active members of the association who had contributed in no small way to giving direction to the Christian communities in the area.

He expressed their condolence to the Catholic community, especially the immediate family of the deceased priest, Bishop, and laity of Kafanchan Diocese over the loss of one of their finest priest, and prayed God to expose his killers and rescue all those in the den of kidnappers.