Oladapo Oyebanji, a popular Nigerian musician, better known as D’Banj, was arrested and detained on Tuesday by the Independent Corrupt Practices and other Related Offences… 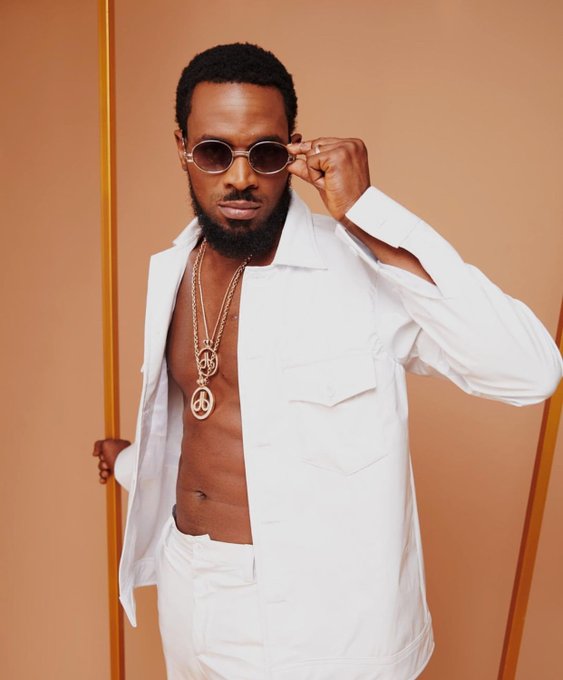 Oladapo Oyebanji, a popular Nigerian musician, better known as D’Banj, was arrested and detained on Tuesday by the Independent Corrupt Practices and other Related Offences Commission, (ICPC).

The self-acclaimed Kokomaster was detained after ICPC operatives closed in on him, forcing him to surrender himself at the agency’s headquarters in Abuja, over charges of fraud.

Reports say that D’banj is a Brand Ambassador for the ministry. It was alleged that the singer colluded with some government officials to introduce ghost beneficiaries into the payroll of the scheme. The stipend paid to those beneficiaries were then paid to accounts that have now allegedly been linked to the pop star.

Since the news broke on Wednesday, Nigerians on social media have been expressing their views about the musician’s arrest.

@GMG_MfalmeSMRF tweeted, “Tomorrow y’all will be shouting our leaders are the problem? Even everyone commenting plus the poster will do the same if they were opportune to. When the people change, the country will change. Till then, dream on for a better Nigeria while you remain the way you are.”(sic)

Another user of the microblogging platform, @ClassicDavinci wrote, “Even many of the people collecting the N-power funds are not deserving. I thought the money was for jobless people, but many of them have jobs and still collect. Most people are potential fraudsters in this country if we’re being realistic.”

Also, a Twitter user, Raymond stated, “If this is true, it took ICPC 6 years to arrest him? When it comes to politicians and celebrities, our justice system becomes as slow as tortoise, but a student was swiftly thrown into prison some days back for “insulting the First Lady.”(sic)

@Iam_Mmrocky also tweeted, “Wow. D’Banj accused of fraudulently diverting hundreds of millions of naira earmarked by the Nigerian government for N-Power project. Na Nigerians dey do Nigeria but we all want someone to blame hence the govt. Let him pay for his crime please. Nigeria will get better. I believe(sic).”

The user of Twitter with the handle @WAdediran noted that the singer is innocent until proven guilty by a court of law, “These are allegations until proven in a law court. No media trial please. May the truth prevail and may God restore.”(sic)

However, @GMG_MfalmeSMRF, “If the leaders follow up strictly as they should, D’Banj and the rest won’t have the opportunity to do this. When u just release huge amount of money, and you turn you back, be rest assured that the money won’t be utilized 100%. This is not just about Nigerians, it about human beings in general.”

@Donwilly_: “The thing about Nigeria is that you never get a chance to explain yourself. D’Banj is already guilty without evidence in the court of public opinion. How can we trust ICPC? Let’s wait to hear from him before he is labelled a fraudster. Beware of false accusations.”

Moreso, Bless Bless tweeted, “I’m not entirely surprised with this. In the 2015 general elections, D’Banj vigorously campaigned for the APC and when they came into power he was rewarded with the N-Power contract for him, he took it as his own share of the National Cake and APC’s gift to him for campaigning for them. People should not be fooled by these celebrities campaigning for one party or the other, all they’re looking for is a slice of the cake. Even the popular Reverend father from Anambra state did the same thing also campaigned for Buhari in 2015 and after APC won, he went to Aso Rock to request for contract.”(sic)

Sunnex Idoko: “I wish the law takes its place but in Nigeria, anything can happen. In two weeks this matter will be old news and nothing else would be done about it. On the other hand, who are the compromised government officials that gave him the lead? These would be the ones that will fight for him.”

Taiwo Adetolure: “As a brand ambassador what else did he want with his fame in the world, greediness is a bad habit. Those are the types that will continue supporting old people’s parties so that looting and embezzling will continue.”