Passengers could still get tickets from Abuja to Lagos but the ticket cost was rising.... 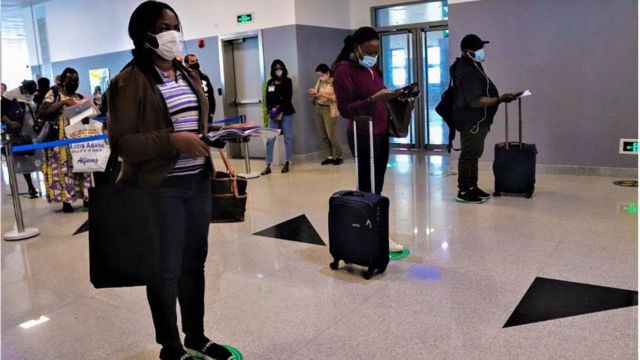 Ahead of the build-up to Sallah festivities, there is a huge rush for air tickets, especially to underserved destinations in the north, Daily Trust reports.

Most of the northern destinations only have one or two airlines flying to those routes except for Kano and Kaduna with more airlines servicing them.

Checks by our Correspondent on Sunday showed that most airlines had no seats for Sunday and Monday (today) and even on Tuesday which is the Sallah day. The few tickets available were very expensive.

For instance, checks on Aero Contractors show that there were no more tickets to its northern destinations for Monday while Abuja to Sokoto for Monday 19 July was completely sold out. But Aero still had tickets to Yola on Monday to Yola starting from N54, 698.

For Arik Air, the Monday flights from Abuja to Maiduguri and Yola were sold out. Also the flight to Ilorin from Abuja for Monday was sold out.

Azman Air had a flight for Sunday to Birnin Kebbi for N98,000 from Abuja even as its flight to Gombe from Abuja on Monday was also sold out. However Azman still had a few tickets to Kano from Abuja at N54, 051.25 when our Correspondent checked.

Max Air tickets to Kastina and Bauchi from Abuja today Monday were completely sold out and for Tuesday as well while Air Peace had a 9:30 pm flight to Kano from Abuja for about N38, 800 on Monday. Air Peace also had a flight to Yola on Monday for N60, 000.

Passengers could still get tickets from Abuja to Lagos but the ticket cost was rising fast even though the majority of the airlines still had stickers.

When our correspondent visited the Nnamdi Azikiwe International Airport on Sunday, traffic had surged as passengers were seen milling around the airport to catch their flights.

Some of the passengers who spoke to our correspondent claimed the insecurity on the road was a huge driver for them to pay the expensive fare.

A passenger who identified himself as Mallam Ibrahim said he couldn’t risk traveling by road because of kidnappings.