Salisu, who resides in the Angwan Rogo area of Jos North Local Government, recently returned a phone left by his passenger, Abigail Adama, a student… 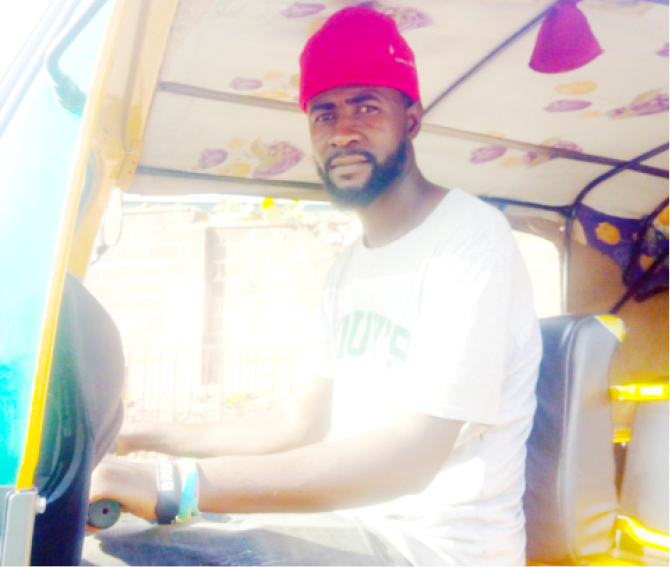 It has been the habit of tricycle operators in Jos metropolis to drive recklessly, disobey traffic rules, quarrel with passengers or steal their properties. Some of them connive with criminals to rob the unsuspecting public.

This image may likely change with Salim Salisu, who has developed the habit of returning his passengers’ lost items.

Salisu, who resides in the Angwan Rogo area of Jos North Local Government, recently returned a phone left by his passenger, Abigail Adama, a student of the University of Jos.

According to Abigail, the incident happened when she boarded Salisu’s tricycle while returning from church along Bauchi Ring Road.

She discovered that her phone was missing when she got home and suspected that she must have left it inside the tricycle.

She told Benue/Plateau Trust that she used her friend’s phone to call her number and Salisu confirmed it was with him.

“Thereafter, we made an arrangement on how to get it back. But due to the nature of his work, he was never in one place. At a point, he requested for the code so that he could also reach us and tell us where exactly he could meet us to hand over the phone.

“I was skeptical, thinking he wanted to trick us. My family members even asked me to tell him if he returned the phone we would reward him and I told him so. But he said he was not interested in the money and that all he wanted was to return the phone.

“After three days, we eventually met around Medical Centre in Rayfield and he gave me the phone. I handed him some money, but he refused to collect it. He said I was not the only one he had done that for, and that he had been returning items forgotten in his tricycle to their owners,’’ she said.

Abigail said she was taken aback with  Salisu’s attitude, which she described as very rare in Jos.

“Most of the people I told when I lost the phone asked me to forget about it because I won’t get it back owing to the reputation of the tricyclists,” she added.

Speaking with Benue/Plateau Trust, Salisu said he had been operating tricycle for about seven years and had returned many items left by his passengers.

He said whenever he found a phone, he would wait for the person to call; thereafter, they would agree on where to meet and collect it.

He said he took other items to radio stations and paid up to N1,000 for an announcement so that the owner would go and collect it.

Salisu said he decided to do things differently from his colleagues because he was taught to understand that it was not good to steal someone’s property or keep what does not belong to you.

He advised his colleagues who engage in criminal acts to desist from it.

He said the union had been receiving reports of his good conduct, and called on other members to emulate him to improve the image of the union.