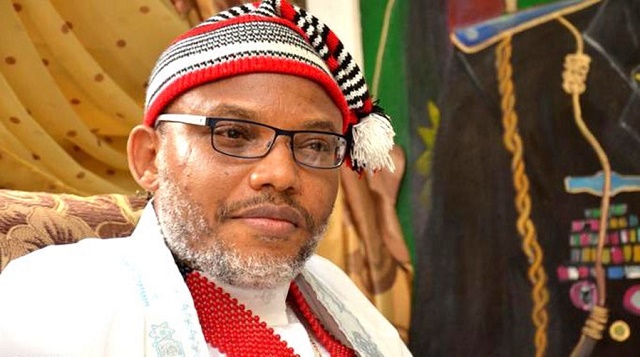 The South East Council of Traditional Rulers and Representatives of Igbo Archbishops and Bishops on Peace and Conflict Resolution yesterday called for immediate release of the leader of the proscribed Indigenous People of Biafra (IPOB), Nnamdi Kanu.

It would be recalled that the Court of Appeal in Abuja last Thursday, struck out the terrorism charges filed against Kanu by the federal government and ordered his release from the custody of the Department State Service. But the Attorney-General of the Federation, Abubakar Malami, had posited that the court only discharged the IPOB leader and did not acquit him.

The South East leaders yesterday said unconditional release of Kanu would douse the current tensions across the zone and create an atmosphere for collaboration towards a constructive resolution of the issues.

“We welcome this judgment and assert that the wisdom of the Appellate Court presents a timely and an unprecedented opportunity to overcome the challenge of trust that has obstructed the path to peace; and opens the window to winning the hearts and minds of the people,” they said in a statement jointly signed by chairman, Anambra State Traditional Rulers Council, Igwe Nnaemeka Achebe; Methodist Archbishop of Umuahia, Most Rev. Dr. Chibuzo Opoko; Chairman, Enugu State Traditional Rulers Council, Igwe Amb L. O. C. Agubuzu, OON and Catholic Archbishop of Onitsha, Most Rev. Dr. Valerian M. Okeke.

In the same vein, the South East Caucus of the House of Representatives yesterday appealed to President Muhammadu Buhari to utilise the Court of Appeal’s judgment on Kanu for a peaceful resolution of matter.

The caucus, in a statement jointly signed by Deputy Minority Leader of the House of Representatives, Toby Okechukwu; Deputy Minority Whip, Nkeiruka Onyejeocha and 41 other members from the five South East states appealed to the president to see the recent court judgment as “a window of opportunity that should be exploited to solve the Kanu question; find lasting peace and normalcy in the South East region, and stimulate national unity, healing, and solidarity.