The Olaiya intersection in Osogbo, Osun State capital, is an at-grade connecting all major routes in the ancient city. It is also the nerve centre… 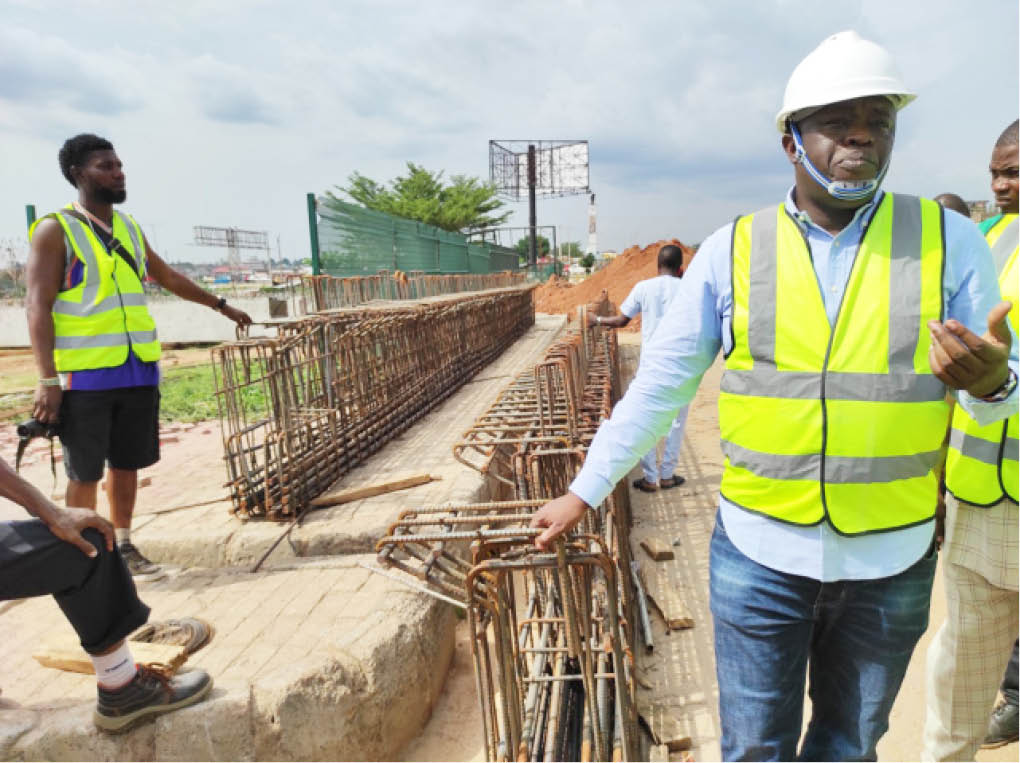 The flyover under construction.

The Olaiya intersection in Osogbo, Osun State capital, is an at-grade connecting all major routes in the ancient city. It is also the nerve centre of the economic activities of the state.

This has led to traffic congestion, which successive administrations in the state made frantic efforts to address.

A traffic light was introduced during the administration of former Governor Olagunsoye Oyinlola while the junction was redesigned when Rauf Aregbesola was the governor of the state to decongest traffic and prevent loss of lives due to accidents but this was not enough to solve the problem.

The incumbent Governor, Adegboyega Oyetola in February started the construction of a N2.7 billion flyover at the junction and promised to complete it within nine months. The Olaiya intersection was shut down as the government advised residents and travellers to use alternative routes.

Three months after the intersection was closed down, passers-by could only see heaps of sand and equipment in the camped construction area. This has led to fear among residents and travellers, especially as they have had to endure congestion in the alternative routes due to the closure of the intersection.

During an on-the-spot assessment, Eko Trust observed that activities are ongoing at the site. The Commissioner for Works and Transportation in the state, Engr. Remi Omowaye, also confirmed that the work has reached over 30 per cent and that the major components of the flyover have been precast and would be installed immediately after the completion of the base.

He maintained that the flyover would be completed as scheduled if not delivered ahead of time.

“What I can say from our work schedule is that we are in the activity of the fourth month. The work rate here is over 30 per cent, which is an indication that we are moving faster than we envisaged. We make sure that we did not compromise standards.

“While we are waiting for piles to cast, we started doing drainage which was supposed to be activities of week five. What is important is not the percentage of construction but the fact that we are running the projects on the site simultaneously. Everything that is needed for the construction is on ground,” Omowaye said.

He said when completed, the flyover would be a permanent solution to the traffic challenges encountered by motorists at the intersection on a daily basis.