Even as the January 31, deadline set by the Central Bank Nigeria (CBN) for Nigerians to return their old naira notes to banks is yet… 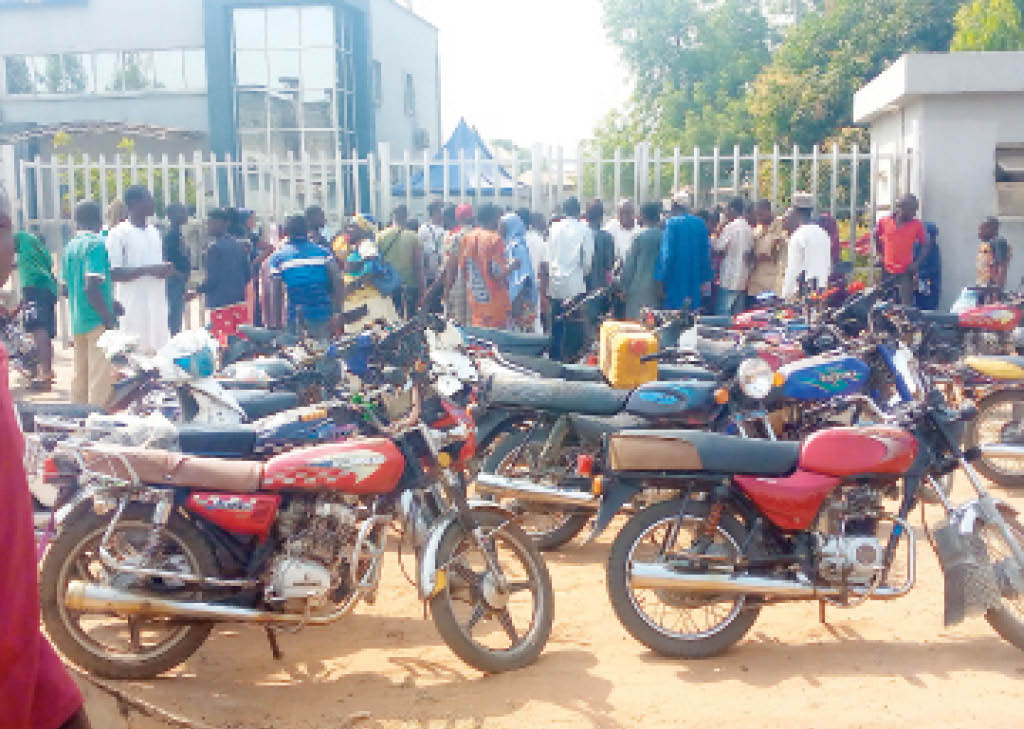 Customers strugling to enter a bank in Abaji on Tuesday

Even as the January 31, deadline set by the Central Bank Nigeria (CBN) for Nigerians to return their old naira notes to banks is yet to elapse, some filling stations and traders have started rejecting the old naira notes in some area councils of the FCT.

Findings by City & Crime in Abaji, Kwali, Gwagwalada and Kuje area councils on Tuesday revealed that some filling stations and petty traders were rejecting the old naira notes from customers.

A driver, James Ishaku, who said he was at a filling station in Kuje metropolis Tuesday morning, said the pump attendant rejected the old naira notes he gave him.

He explained that when he brought out the money from his pocket and opened his car tank the pump attendant told him that he would not accept the old naira notes.

He further said, “When I was trying to explain to him that the CBN deadline is 31st January, he refused to listen and he didn’t serve me the fuel.”

He added that he was forced to use the old naira notes to buy the fuel at a higher price from black marketers.

In Abaji town, a driver, Usman Ibrahim, complained that a pump attendant at a filling station rejected N4,000 made up of old N200 notes from him.

He said, “Just some few minutes ago I went to buy fuel at a petrol station and the pump attendant said he would not collect old naira notes. I collected the money from a POS this morning.”

A trader in Kwali, Mrs Rebecca Ayuba, said she was forced to stop accepting the old naira notes from customers because of the apprehension the CBN deadline had been generating among the people.

She noted that only one bank operated in Kwali town, saying many traders who went to the bank to deposit the old naira notes were still finding it difficult to do so because of the influx of customers, especially villagers who normally came to sell their farm produce in Kwali market.

She further said, “Oga; no bi my fault ooo! How I wish you were here in Kwali on Monday to see how the bank was filled with customers, including farmers who came from the villages.”

Similarly, customers besieged the only bank in Abaji town with large sums of old naira notes for deposits.

A customer, Mrs Zainab Aliyu, who said she came from Umaisha in Toto LGC of Nasarawa State, explained that she had been finding it difficult to deposit her old naira notes since Monday due to the influx of customers.

City & Crime further observed customers as they queued up in front of ATMs in the area waiting to withdraw the new naira notes.