Leaders of Conscience under the National Consultative Front (NCFront) have demanded the release of #OccupyLekkiTollGate protesters who were arrested by the police. Similarly, the Alliance… 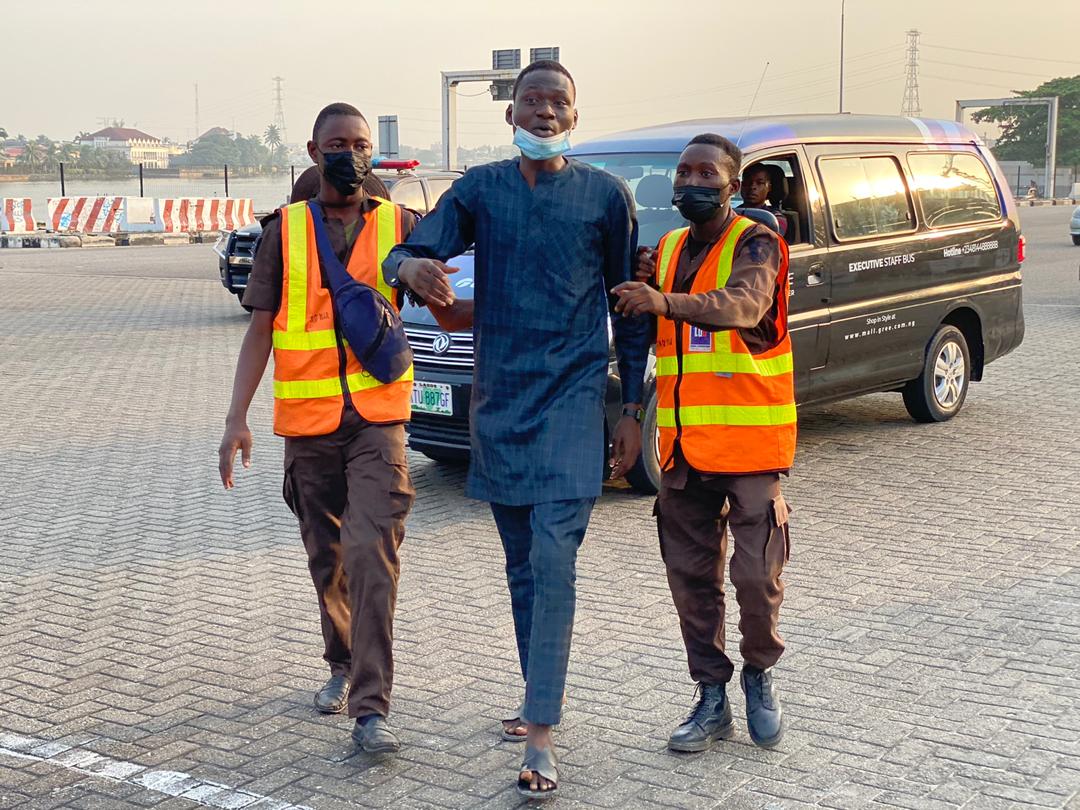 Leaders of Conscience under the National Consultative Front (NCFront) have demanded the release of #OccupyLekkiTollGate protesters who were arrested by the police.

Similarly, the Alliance on Surviving COVID-19 and Beyond (ASCAB) chaired by human rights activist, Femi Falana, SAN, also added its voice asking the police to immediately release the protesters.

The NCFront in a statement by its Head of Secretariat, Mr. Wale Okunniyi, said latest reports received by the Situation Room of NCFront showed that more Youth Activists have been arrested at the Lekki Toll Gate by Security Agents, apart from those earlier arrested in the morning.

The group said they are still being detained “under very serious inhuman conditions at both Adeniji and Ikeja Police Stations.”

“They were all whisked to Adeniji Police Station and Later an unknown Police Station in Ikeja after being forced inside Black Maria Vans. Names of the additional Youth Activists, numbering about 25 persons, arrested and detained by the Police will be released later.

“However, reports from our cadres deployed to monitor the situation on the field and some viral videos circulating the social media have it that they are currently being molested and assaulted in their incarceration as our human rights and other public interest lawyers are sadly being prevented by the police from gaining access to them,” he said.

NCFront of Leaders of Conscience in Nigeria asked security agencies to exercise civility, restraint and decorum in dealing with the youth activists.

Insisting their arrest is illegal,  the NCFront demanded the unconditional release of all those arrested, warning that they might be compelled “to mobilise all citizens of conscience nationwide to troop out to help demand for their release.”

On its part, ASCAB in a statement by its Interim Chairman, Falana, said it confirmed that not less than 20 young men and women were arrested.

Falana noted that the fundamental right of the protesters to dignity guaranteed by section 34 of the Constitution “was crudely breached by the police personnel who arrested the protesters and caged them inside a Black Maria.”

“By arresting the protesters instead of providing them with adequate security the Police engaged in a provocative contravention of section 83 (4) of the Nigeria Police Act which states as follows:

“Where a person or organization notifies the police of his or its intention to hold a public meeting, rally or procession on a public highway or such meetings in a place where the public has access to , the police officer responsible for the area where the meeting rally or procession will take place shall mobilize personnel to provide security to provide security cover for the meeting, rally or the procession.”

ASCAB called on the Lagos State Commissioner of Police to ensure the immediate and unconditional release of the protesters, reiterating that “they did not commit any criminal offence by exercising their fundamental rights to freedom of expression and assembly guaranteed by sections 39 and 40 of the 1999 Constitution of Nigeria.”

“However, if the protesters are dragged before a criminal court by the Police after their illegal arrest and detention, we call on the Judiciary in Lagos State not to allow the courts to be used to cover up the monstrous illegality perpetrated in Lagos this morning,” Falana added.