Nigerian entertainers who have been arrested/detained

It is never one’s intention to have a police case or leave behind a criminal record, especially when regarded as a public figure. However, some… 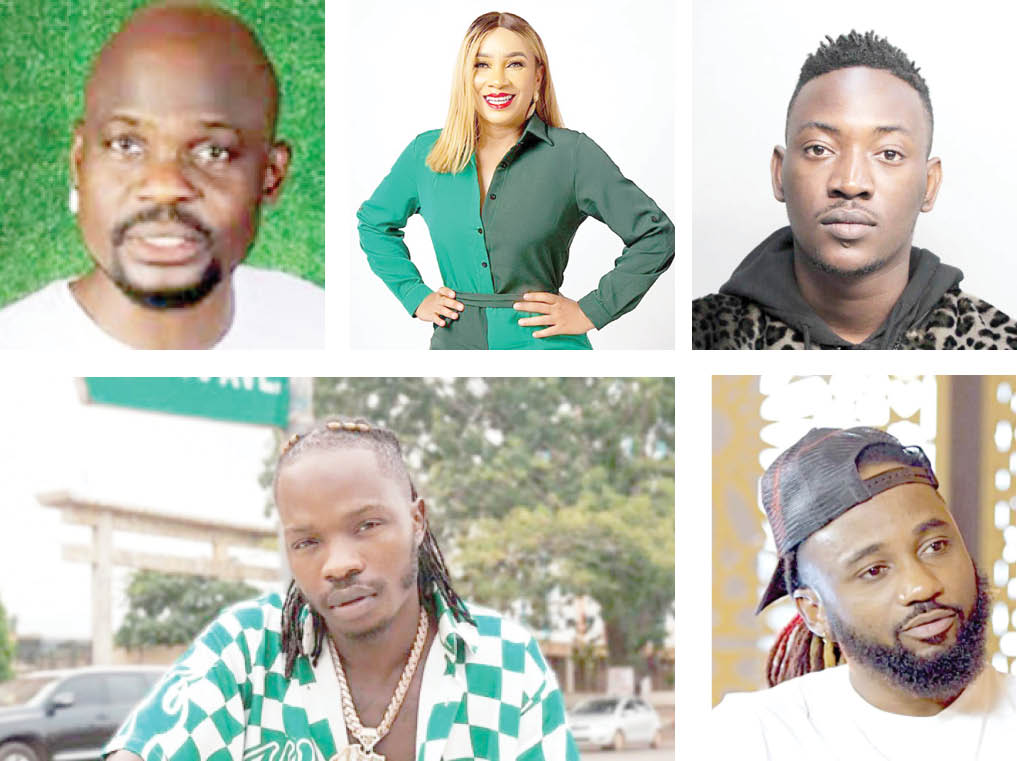 Nigerian entertainers who have been arrested/detained

It is never one’s intention to have a police case or leave behind a criminal record, especially when regarded as a public figure. However, some situations are unavoidable. Daily Trust Saturday looks at a few Nigerian entertainers who have been arrested and involved in criminal cases.

No one enjoys the idea of being visited by the police or having to be convicted of a crime. Nonetheless, criminal convictions are very popular within the entertainment industry. Nigerian entertainers do not fall short as we have some entertainers who have been arrested or convicted of criminal offences.

On July 14, 2022, actor Olarenwaju Omiyinka, also known as Baba Ijesha, was found guilty of sexually assaulting a minor, Damilola Adekoya, the adoptive daughter of comedian and actress Princess, and was given a 16-year prison sentence. Justice Oluwatoyin Taiwo of the Ikeja Domestic Violence and Sexual Offenses Court in Ikeja, Lagos, delivered the ruling.

The Economic and Financial Crimes Commission, EFCC, detained Azeez Adeshina Fashola, better known as Naira Marley, and four others for alleged money laundering. A day after the release of his popular song “Am I a Yahoo boy” online, the singer was arrested. He was charged with 11 counts in total. Naira Marley was arraigned in court and given bail for N2 million with two sureties in the same amount after spending days in Ikoyi Prison. Marley claimed in a video that leaked online after his release that he had been detained 124 times in the United Kingdom, where he had grown up.

After accidentally killing a guy named Giwa Suraj in 2006, Nollywood actress and former beauty pageant contestant Ibinabo Fiberesima was charged with manslaughter and reckless driving. Giwa Suraj worked as a physician at the Lagos State Teaching Hospital. In 2009, she was charged with a felony. Ibinabo was expelled from her position as the Actors Guild of Nigeria’s president and given a 5-year prison term by a Federal High Court in Lagos on March 16, 2016. However, on April 7, 2016, a Lagos Court of Appeal granted her bail in the amount of N2 million and two sureties in the same amount, pending the outcome of her appeal at the Supreme Court.

On Friday, June 2, 2017, popular musician, Johnson Oyindamola, also known as Dammy Krane, was detained in Florida on suspicion of stealing, using a stolen credit card, and fraud. According to reports, the musician attempted to reserve a private jet with an American jet firm while using five different credit cards that did not belong to him. After pleading not guilty to the charges and demanding a jury trial, he was freed from custody in Miami after complying with his $7,500 bond terms. The singer was given legal representation and scheduled to show up in court on June 23, 2017. All allegations against him, including those for credit card fraud, armed conspiracy, and grand theft, were dismissed by American courts in August 2017.

He was additionally charged on September 16, 2019, by the Lagos State Police Command with three counts of endangering life, slander, and behavior likely to provoke unrest. He entered a not-guilty plea to the accusations. However, the matter was continued to October 11 and he was given bail in the amount of N50,000 with one surety in the same amount.

Rapper Sinzu, real name Babalola Falemi, was detained and sentenced to two years in prison for aggravated identity theft. He was imprisoned after entering a guilty plea to aggravated identity theft, which is defined in the US penal code as the illegal taking of property worth between $1,000 and $500,000. Over 15 bank cards were allegedly stolen by Sinzu, who also allegedly changed PINs, encoded the bank numbers onto blank cards, and withdrew cash from ATMs. He is accused of stealing $15,388 from the unwary victims. Sinzu was having difficulty reviving his music career, which had fallen by the wayside before he was sentenced to prison.

According to the mug shot that appeared online, he had been in jail since July 2016. Sinzu has spent two years in Ada County Jail, a medium-security jail run by the Idaho Sheriff Department. Sinzu was previously detained in 2014 as a result of a video that went viral showing him fraudulently withdrawing $300 from a grocery ATM. He was freed from jail on March 25, 2018.

Rabi Ismaila, a Nollywood actress from Kano state, was convicted of murder and condemned to death in 2002 for the murder of her partner, Mr Auwalu. On January 5, 2005, a High Court in Kano found her guilty of culpable homicide and sentenced her to death by hanging. The Supreme Court confirmed the lower court’s decision to execute the woman by hanging in July 2011. On December 16, 2011, Rabi escaped from Hadejia Prison. She was later detained once again in 2017.