The Muslim Ummah of South-West Nigeria (MUSWEN), an umbrella body for Muslims in the zone, has disbursed bursaries worth N5.7 million to 115 indigent students.   … 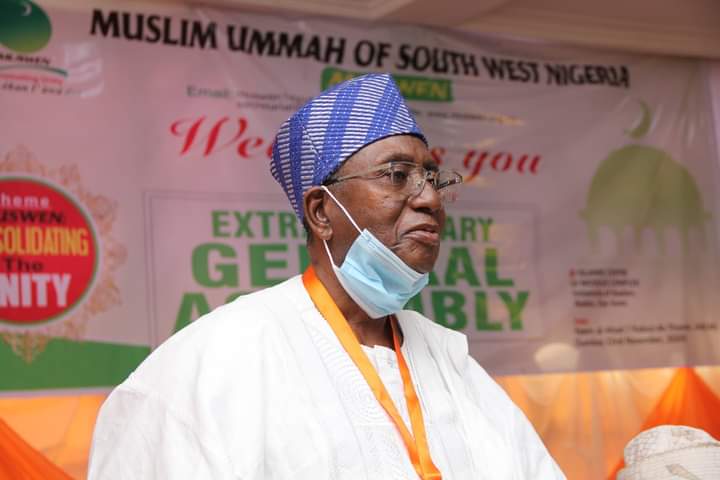 The Muslim Ummah of South-West Nigeria (MUSWEN), an umbrella body for Muslims in the zone, has disbursed bursaries worth N5.7 million to 115 indigent students.

He said the beneficiaries were drawn from across the six states in the South West.

Oladejo expressed hope that the number of beneficiaries will increase in 2023.

Speaking at the event, Dr Habibat Adubiaro, the Secretary to Ekiti State Government, enjoined Muslims in the country, particularly women, to participate actively in politics.

Adubiaro said participating in politics would avail them of the opportunities to contribute to national growth and development.

She enjoined Muslims to participate in the 2023 general elections by voting for the candidates of their choice.

Prince Bola Ajibola, the MUSWEN Board of Trustees (BOT) Chairman, commended the efforts of the organisation’s officials for working for the unity, welfare and progress of the ummah.

Ajibola expressed gladness that MUSWEN had been successful in reaching out to Muslims in corporate circles.

This, he said, was the best way to further strengthen the organisation for the benefit of the ummah.

MUSWEN is one of the main components of the Nigerian Supreme Council for Islamic Affairs (NSCIA) and serves as the coordinating body for the office of the Deputy President-General (South) of the NSCIA.