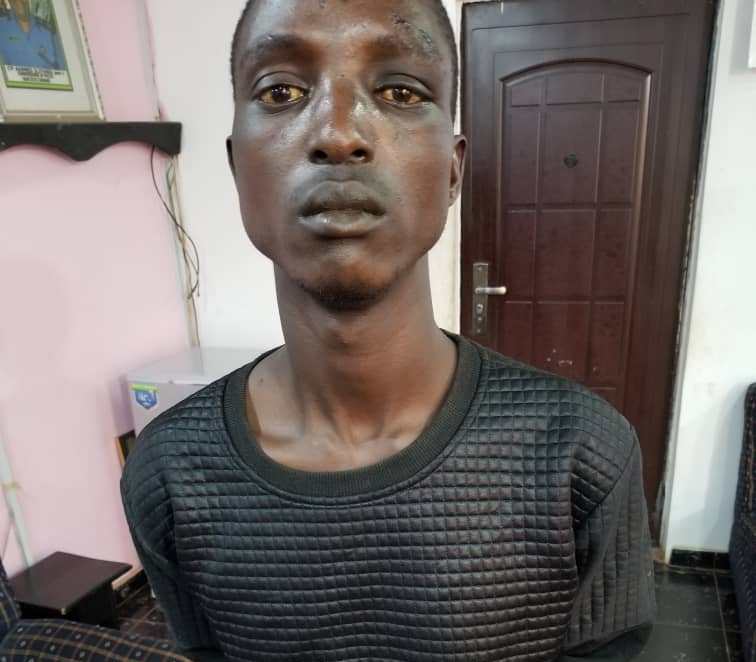 Owolabi Folorunso Adewale, who allegedly butchered his aunt to death in Ogun state.

A statement by the Command’s spokesman, Abimbola Oyeyemi, on Tuesday said the suspect was arrested following a distress call received by the Divisional Police Officer, Ago-Iwoye Division, Ade Adedoyin.

According to Oyeyemi, the DPO, upon receiving the distress call, quickly led his detectives to the scene where the suspect was promptly arrested and the cutlass which he used to do the killing recovered from him.

During interrogation, the suspect reportedly admitted the alleged crime, saying the victim was responsible for most of his spiritual problems.

The statement said “The suspect admitted killing the old woman with a machete, claiming that he has an inclination that the woman was responsible for most of his spiritual problems.

“He stated further that he is a regular player of the Baba Ijebu lotto and that whenever he is sure of winning, the deceased, who was his father’s elder sister, will use her supernatural power to change the winning number.

“The body of the deceased has been deposited at the Ijebu-Ode General Hospital mortuary for post mortem examination.”