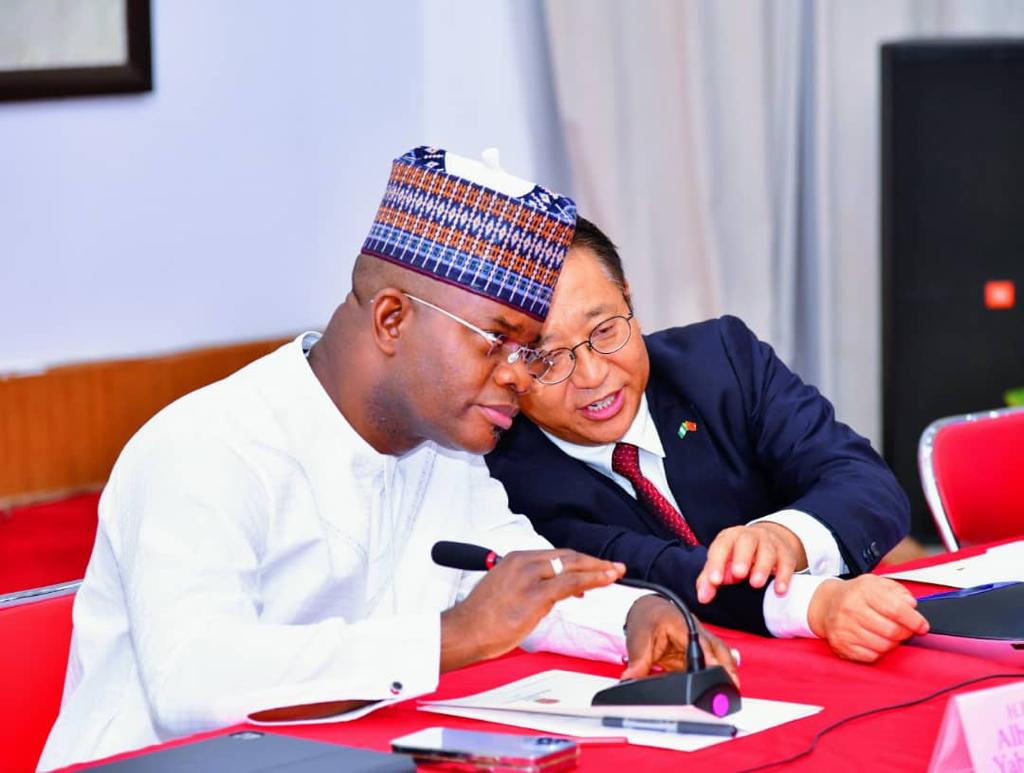 Governor Yahaya Bello of Kogi State and the Chinese Ambassador to Nigeria, Cui Jianchun during the meeting

The Kogi State Government has entered into partnerships with 16 Chinese and American firms on how to drive the state’s investment profile to about N591 billion in five months.

Addressing media men to flag off a two-day interactive workshop in Abuja, Governor Yahaya Bello, who was represented by the Chief Executive Officer (CEO) of the Kogi Investment Promotion Agency (KOSIPA), Abdulkareem Siaka, said the state was expected to realise the funds from a security project worth $80m with China.

He said the Chinese partners had requested the government to take care of the security and electricity aspects of the project so that they would in turn ensure that over N591bn worth of investment was attracted to the state.

According to him, the project, which would be driven by a 5G network and a 30 megawatts gas powered electricity plant which is to be built by an American company, would not only ensure a safer Kogi State.

He said the project would improve the economic and infrastructural developments.

The governor said the project became necessary because Kogi was a confluence state bordering 10 other states, adding that the security report at his disposal indicated that there was imminent threat by criminals which must be dealt with.

Siaka also said the project was expected to provide over 685,000 jobs and would encourage migration to rural areas in the state.