The Nigeria Immigration Service (NIS), Kebbi Area Command, has rescued two teenage girls of the same parents from traffickers on their way to Libya from… 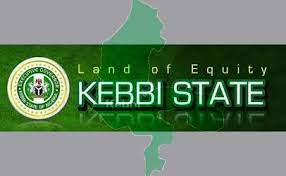 The Nigeria Immigration Service (NIS), Kebbi Area Command, has rescued two teenage girls of the same parents from traffickers on their way to Libya from Sokoto.

The two minors-Faisal Rahman, 15; and Aliya Rahman, 16-were being transported from Shagamu area of Ogun State to Sokoto en route to Libya when officers at the NIS patrol post in Yauri, Kebbi State, intercepted them.

The State Comptroller of NIS, Rabi Bashir Nuhu, while briefing newsmen, said the girls when interrogated, revealed that their parents, who resided in Shagamu, were aware of their journey to Libya.

“They said their sister, who they claimed resides in Libya, arranged for their pickup in Sokoto with the consent of their parents in Shagamu.”

While answering questions from journalists, the girls said they were in junior secondary school classes.

“We were told our sister, who is in Libya, would pick us up when we reached Sokoto. She said she will put us in a catering school in Libya,” the older girl said.

While receiving the girls, NAPTIP Commandant in Kebbi State, Musbau Kaura, said they would begin their investigation from where the immigration stopped to uncover the source of their recruitment, transit and destination.