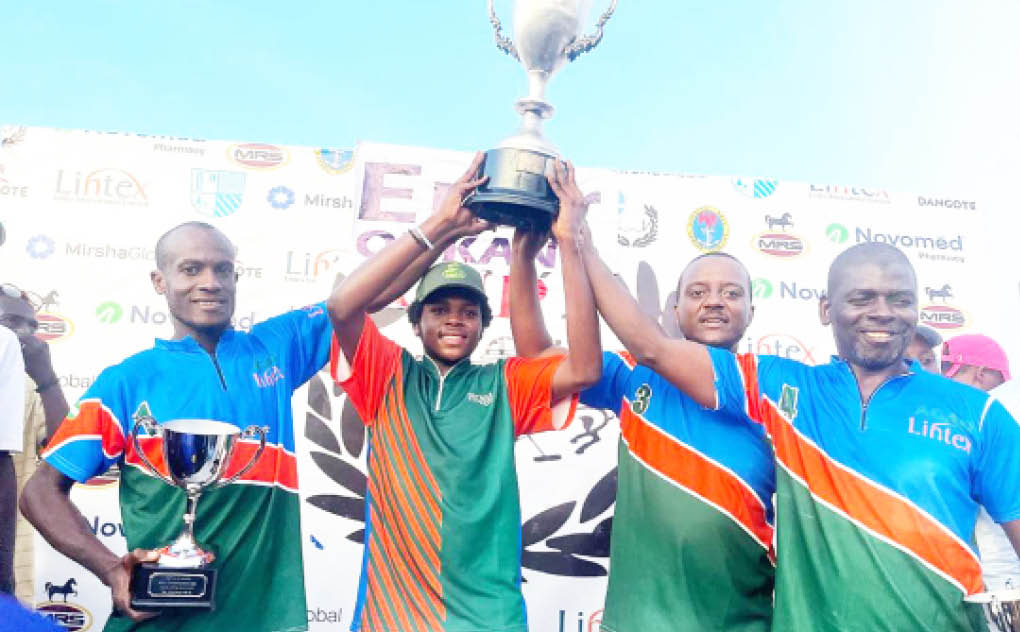 Players of Kano Lintex, champions of Emir of Kano Cup show off prizes after defeating Abuja Rubicon in the final to emerge the overall champions of the just concluded 2022 Kano International polo tournament

The just concluded 2022 Kano International polo tournament that threw up four major champions and a handful of subsidiary winners has been lauded as the defining epoch that would continue to sustain development of the game of kings in the state.

Vice President of Kano Polo Club, Tajudeen Dantata, reiterated the resolve, determination and willingness to invest more in the polo game and encourage the participation of youths in the noble game.

Home crowd favourites, Lintex, Rumbu and Agad won three of the four major prizes at stake, to set the stage for home teams’ dominance but the biggest highlight of the prestigious polo fiesta lies in the emergence of promising youths at the event.

Kano Agad made it two for the home teams after upstaging Lagos Awolowo in a gruelling penalty shootout, to clinch the glittering Dantata Cup.

The youngest Patron of the tournament, Habib Buhari pulled off the biggest surprise of the event, motivating his Kano Rumbu warriors to a crowning victory in the Dangote Cup.

The Nigerian Navy team that was playing its first tournament polo in Kano gave a good account of themselves as they dug deep to win the Chief of Naval Staff Cup, edging Kano Titans to the title that was on offer for the first time in the over 90 years old tournament.