Kannywood: I’m tired of being asked when I’m getting married – Fati Slow

Kannywood actress, Fati Usman, who’s popularly known as Fati Slow (or Fati Slow-Motion) says she is tired of people asking her when she would get… 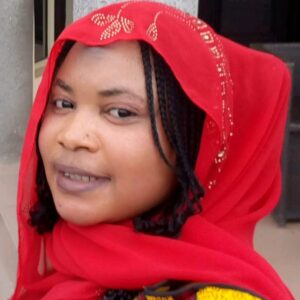 Kannywood actress, Fati Usman, who’s popularly known as Fati Slow (or Fati Slow-Motion) says she is tired of people asking her when she would get married.

She was recently enmeshed in a controversy with the big Hausa singer, Naziru Sarkin Waka, over allegations of sexual immorality.

Speaking to BBC Hausa on her growing up and career in the film industry, she revealed how she’s tired of people asking her when she’s going to get married.

“The question which I’m most tired of, and which people often use against me, is when I’m getting married.”

“And I’ve always thought that death and marriage are all about one’s destiny. I believe that God hasn’t forgotten about me.

Regarding her controversy with Sarkin Waka, in which she had made a video calling him an adulterer (in reaction to the singer’s claim that some filmmakers demanding sex from female actresses before allocating roles for them), she said she regretted the allegations and sought forgivenes.

“I said two unfair things about him (Naziru) that later disturbed me so much that I couldn’t sleep that night,” she said.