There was a new twist Thursday in the ongoing realignments by the country’s political gladiators in London with the involvement of former President Olusegun Obasanjo.… 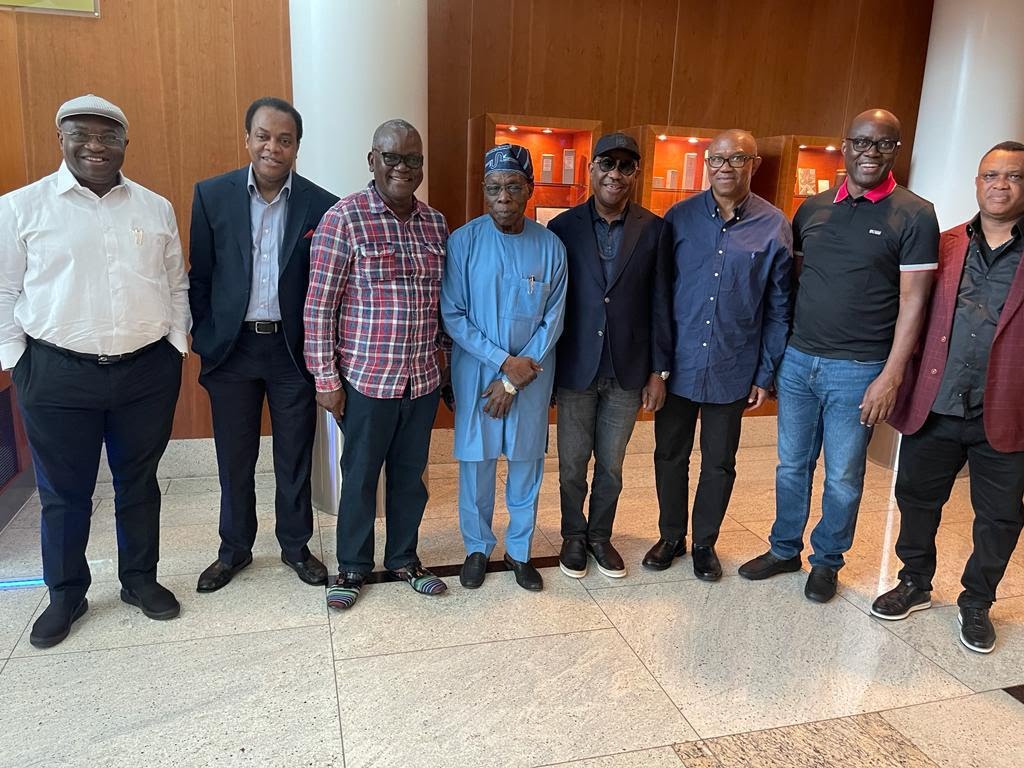 There was a new twist Thursday in the ongoing realignments by the country’s political gladiators in London with the involvement of former President Olusegun Obasanjo.

In the last 72 hours, London became the meeting point of Nigerian top politicians. In the centre of the whole politicking is the Rivers State governor, Nyesom Wike, who has been embittered since the selection of Delta State governor, Ifeanyi Okowa, as the running mate of the Peoples Democratic Party (PDP) presidential candidate, Atiku Abubakar.

Aggrieved Wike has been romancing with the chieftains of the All Progressives Congress (APC) and the Labour Party (LP). On Monday, he met with the presidential candidate of the APC, Asiwaju Bola Ahmed Tinubu, together with some governors in London.

Atiku is also expected to hold a crucial meeting with Wike and his allies in London as part of the moves to settle the rift between them.

Wike’s camp to decide after parley

It was also gathered that those in Wike’s camp in the PDP  will decide their next political move after the London meetings.

Those in the camp include Governor Seyi Makinde of Oyo State, Samuel Ortom of Benue State and Okezie Ikpeazu of Abia State.

Meanwhile, Atiku yesterday urged leaders of the party not to compromise the unity of the PDP to enable it to win the 2023 elections.

Atiku, via a statement by his media aide, Paul Ibe, on Thursday, called “on all stakeholders of the PDP and his supporters to desist forthwith from making statements that are capable of compromising the ongoing work towards further strengthening the party and bringing all its leaders together.

“It has become imperative to appeal to all party members, leaders and everyone related to, connected with or associated with the presidential candidate of the PDP, Atiku Abubakar, to desist from making comments that potentially reduce the optics of PDP’s image as a united political party.

“This appeal becomes necessary to call the attention of party leaders and members to the diversionary antics of the ruling All Progressives Congress which, in manufacturing a false impression of division within the PDP, aims to hoodwink the Nigerian public to overlook the monumental failures of the ruling party.”