The Governor of Abia State, Okezie Ikpeazu, has granted his assent to the bill which guarantees the right of female persons to inherit and own property… 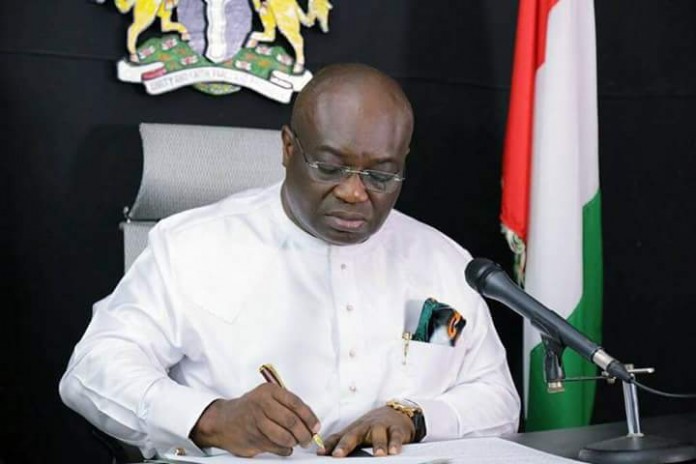 The Governor of Abia State, Okezie Ikpeazu, has granted his assent to the bill which guarantees the right of female persons to inherit and own property in their father’s family, thereby making it a law in the state.

It will be recalled that the Abia State House of Assembly passed the bill some weeks ago to bring the state in conformity with international best practices in the area of eliminating all forms of discrimination against women.

While appending his signature on the bill, Governor Ikpeazu made it clear that his administration will at all times lean on the side of reason and common sense in the discharge of its obligations to the people of Abia State, noting that it has become anachronistic to continue to treat women as second class citizens even in their own families.

The Governor thanked the State Assembly led by the Speaker for dredging up enough courage to pass this bill which he described as historic, positively disruptive and capable of setting the society on the path of equal opportunities and sustainable development.

The Governor is of the firm view that this is the most important legislation passed by the State House of Assembly. He congratulated Abia women for this feat and assured them that the state government will continue to support them, especially with the “Law to provide for the Right of a Female Person to Inherit and Own Property and for other Matters Connected Therewith”.

The Honorable Speaker of the State Assembly, Rt Hon Engr. Chinedum Orji; the Permanent Secretary/Clerk of the State House of Assembly, Sir John Pedro Irokansi, PhD; Secretary to Government, Barrister Chris Ezem; and the Chief of Staff to the Governor, Chief Okey Ahiwe witnessed the event.