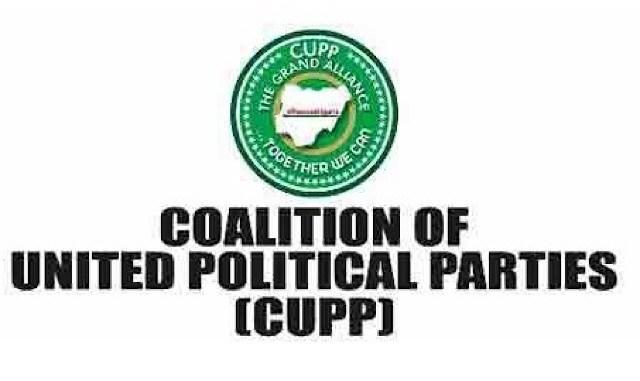 Wed, 30 Nov 2022 12:23:30 WAT
Opposition parties on Wednesday called on the Department of State Services (DSS) and the Nigeria Police Force to release the student who criticised the wife of the President, Mrs Aisha Buhari without further delay.
Daily Trust reports that the security operatives had allegedly abducted and tortured, Aminu Mohammed, a student of the Federal University, Dutse, for criticising the First Lady in a post on his Twitter account.
Reacting to the development in a statement, the spokesman of the opposition parties under the aegis of Coalition of United Political Parties (CUPP), Ikenga Ugochinyere, argued that the First Lady does not have the right to order the arrest and torture of her critics.
The opposition parties, however, offered free legal support to the detained student, insisting that holding him in detention while missing his exam was evil and cruel in nature.
Ugochinyere said, “Opposition political parties are using this medium to call on President Buhari to order the arrest of all officers involved in the detention and torture of the boy who criticised Aisha. We want the DSS and the police to immediately release the boy because the First Lady does not have the right to arrest her critics. It is regrettable that Aisha is using the cruel and outdated Abacha method on critics with the kidnap of the boy. She is now using Aso Rock with her security to torture opponents.
“Besides adopting the Abacha method, Aisha is also behaving like Mugabe’s wife with the alleged abduction of critics into Aso Rock. The government and security agencies must release the boy from his illegal detention so that he can join his colleagues to continue his examination. The CUPP is offering free legal support to the detained student to enforce his fundamental human rights to freedom of expression and freedom of movement and fight his illegal detention.
“The First Lady and other leaders should stop their reckless and naked display of power and always follow the constitution in seeking redress if they feel they are wronged.”