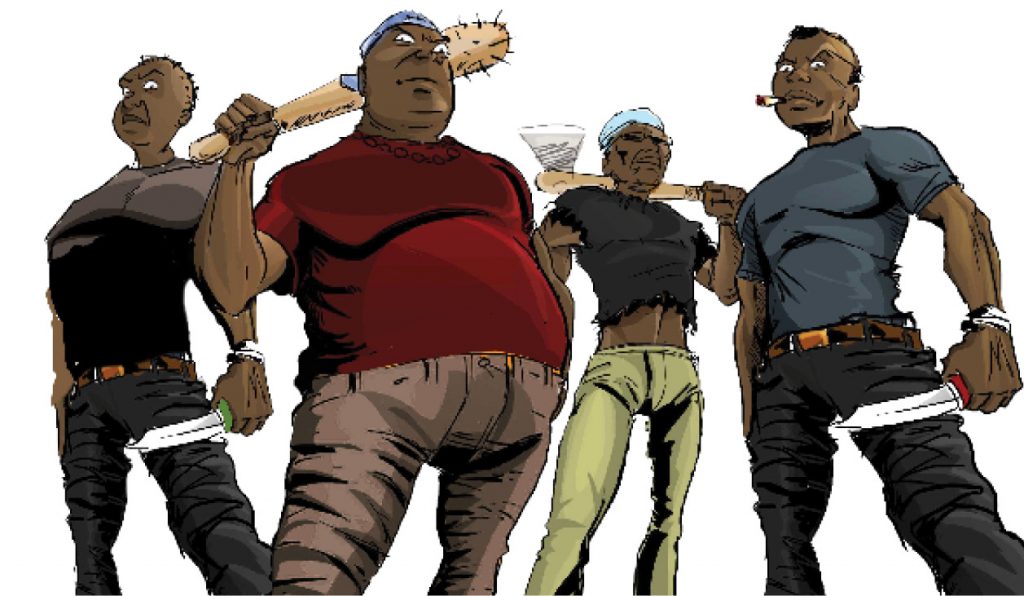 Armed thugs who operate a ‘checkpoint’ at Kofar Mata area of Kano metropolis where they snatched valuables from commuters have become a serious source of worry for residents of the community, Crime & City has gathered.

It was also learnt that the thugs attacked and destroyed a police vehicle at the entrance of Murtala Muhammad Specialist Hospital last Thursday during one of their operations in the area.

The incident, which happened around 5am on Thursday, saw many falling victims as they were stripped of their valuables.

Witnesses, who spoke anonymously, said it was some residents who saw what was happening that stopped people from going towards the illegal checkpoint mounted by the hoodlums.

“As they were busy collecting people’s phones, money and other things, we decided to stop commuters from going towards the direction.

“After a few minutes, they realised that we are stopping people from coming to them and that’s when they flashed a torchlight at us warning us. We didn’t stop, so they came after us and we started running towards the emergency unit of the hospital.

“We, along with a meat seller, tea vendor and others ran through the gate and it was locked. They came shouting, throwing stones and hitting the gate.

“At that point, a police surveillance vehicle from Nomansland came with a patient but the thugs did not run. Instead, they turned to them and as they couldn’t stand them also, the police officers ran away.

“The criminals then attacked the car breaking its glasses,” one of the witnesses said.

When contacted, the Chief Medical Director of Murtala Muhammad Specialist Hospital, Hussaini Muhammad, said no hoodlum gained entrance into the hospital as being reported by some individuals.

“It was just thieves that were chased from the neighbourhood that ran past it. It’s just hearsay from unreliable sources,” he said.

When contacted, the Police Public Relations Officer, Abdullahi Haruna Kiyawa, also said no report was made to that effect.

He also said, “no police vehicle was attacked anywhere near the hospital as being peddled by rumour mongers.”