Dr. Faisal Shuaib is the Executive Director of the National Primary Health Care Development Agency (NPHCDA). In this interview, he speaks on the recent outbreak… 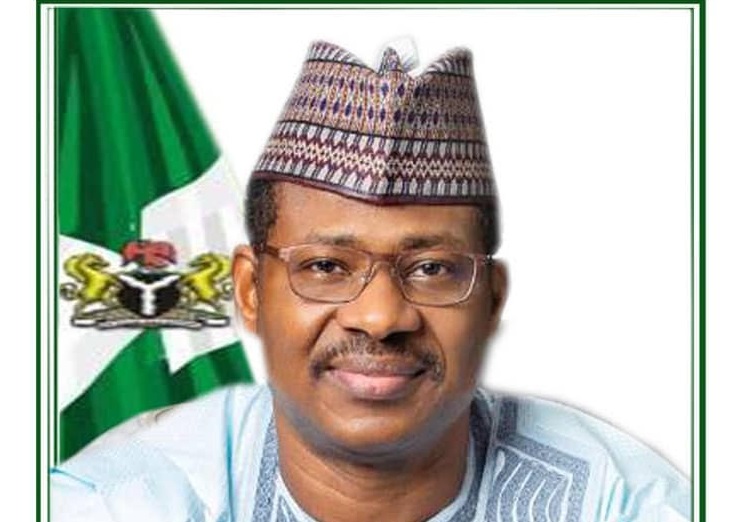 Dr. Faisal Shuaib is the Executive Director of the National Primary Health Care Development Agency (NPHCDA). In this interview, he speaks on the recent outbreak of diphtheria in Kano, Yobe and other states, what the agency is doing about it, and why it is important for parents and caregivers to fully vaccinate children under one year with pentavalent vaccines and other childhood vaccines, among others.

Diphtheria is an acute febrile contagious disease caused by strains of bacteria called corynebacterium diphtheriae that produces a toxin causing inflammation of the heart and nervous system.

It is typically marked by the formation of a false membrane, especially in the throat, that hinders breathing and swallowing, and potentially fatal heart and nerve damage due to the bacterial toxins in the blood. It is the toxins that cause people to get very sick.

The diphtheria bacteria are spread from person to person, usually through respiratory droplets, like from coughing or sneezing.

People can also get sick from touching infected open sores or ulcers.

Those at increased risk of getting sick include: people in the same household; people with a history of frequent, close contact with the patient; and people directly exposed to secretions from the suspected infection site (e.g., mouth, skin) of the patient.

It is now rare in developed countries because of immunization.

What are the signs and symptoms?

The symptoms of diphtheria depend on the body part that is affected. Diphtheria can infect the respiratory tract and skin. People exposed to diphtheria usually start having symptoms in 2-5 days if they get sick.

The bacteria most commonly infect the respiratory system. Common symptoms associated with respiratory symptoms include: weakness, sore throat, mild fever and swollen glands in the neck.

The bacteria make a toxin that kills healthy tissues in the respiratory system. Within two to three days, the dead tissue forms a thick, gray coating that can build up in the throat or nose called “pseudomembrane.”

It can cover tissues in the nose, tonsils, voice box, and throat, making it very hard to breathe and swallow.

Without treatment, up to half of patients can die from the disease. People with diphtheria are usually no longer able to infect others 48 hours after they begin taking antibiotics.

If the toxin gets into the bloodstream, it can cause heart, nerve, and kidney damage. If respiratory tract infection is suspected, the patient would have to be immediately treated with antibiotics.

Is it a vaccine-preventable disease, and what is your advice to parents on vaccinating their children against diphtheria?

Yes, diphtheria is a vaccine-preventable disease. Keeping up to date with recommended vaccines is the best protection against diphtheria. In Nigeria, pentavalent vaccine is being used to prevent diphtheria.

It is also recommended that close contacts (household members or people closely managing the patients) of someone with diphtheria should receive antibiotics as prophylaxis to prevent them from getting sick.

Close contacts of someone with diphtheria should be monitored for possible illness for seven to 10 days from the time they were last exposed; tested for diphtheria with a sample collected from the nose and throat; and given a diphtheria booster shot if they are not up to date with their vaccines.

Responsible health teams are also to investigate each case of diphtheria to identify all close contacts and make sure they receive the right preventive measures.

What is your take, and advice on the outbreak in Kano, and other states?

The outbreak is a clear indicator of poor immunization performance in the affected areas in the state.

The agency is collaborating with the Kano State and affected local government area teams, as well as all other stakeholders involved in immunization service delivery to improve the routine immunization performance in the state.

Parents and all caregivers in Kano State and every other part of the country are also kindly advised to ensure that all children under one year that are under their care are fully vaccinated with pentavalent vaccines and all other available childhood vaccines, namely; bacille Calmette-Guérin (BCG), Rota virus vaccine, polio vaccine, Inactivated polio vaccines,  (IPV), measles vaccine, yellow fever vaccine and meningitis vaccine.

What is NPHCDA doing about the outbreak?

The agency is working with the Kano State team and other stakeholders to address the ongoing diphtheria outbreak in the state.

Also, case investigation, vaccination in the affected areas and treatment of cases are ongoing.

Plan for a mass vaccination campaign in the identified population at risk in the state with pentavalent vaccine and other routine immunization antigens is also ongoing.

The agency is also providing technical support to the state to address the ongoing outbreak. There is also ongoing awareness creation and sensitization of the public to take their eligible children for the ongoing vaccination in the state.