Firm to invest N600bn in Niger 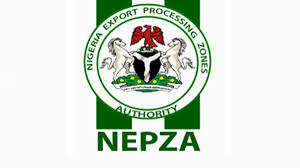 The Nigeria Export Processing Authority (NEPZA) has announced a partnership agreement that will lead to Hydropolis Investment Limited to invest $1 billion (N600 billion) in a Free Trade Zone (FTZ) in Niger State.

The Managing Director of NEPZA, Adesoji Adesugba, during the handing over of an approved FTZ declaration license to officials of the company in Abuja, said the investment opportunity was in pursuit of the nation’s economic development.

In a statement by NEPZA’s Head of Corporate Communication, Martins Odeh, Adesuga said Hydropolis would build infrastructure on 2,000 hectares at Amfani village in Magama LGA of the state.

He explained that, “The new zone is set to commit over $1bn to establish an industrial park, smart city and a world class cargo international airport that would provide backward linkages for both local and foreign businesses. We are assiduously scouting for investment to assist both the federal government and the sub-nationals to bridge the country’s development deficits speedily.”

On his part, the Managing Director of Hydropolis, Dr Abdulmalik Ndagi, expressed satisfaction with the speedy nature of the approval, describing the zone as an ideal economic sphere for the entire country and that it would endeavour to replicate the Lekki FTZ in the North Central.