Explainer: Getting permits to drill boreholes, things to know about Water Resources Bill

Sixty-one years after gaining independence, Nigeria is still battling to provide citizens with potable water. Even as it boasts of various water bodies meandering through… 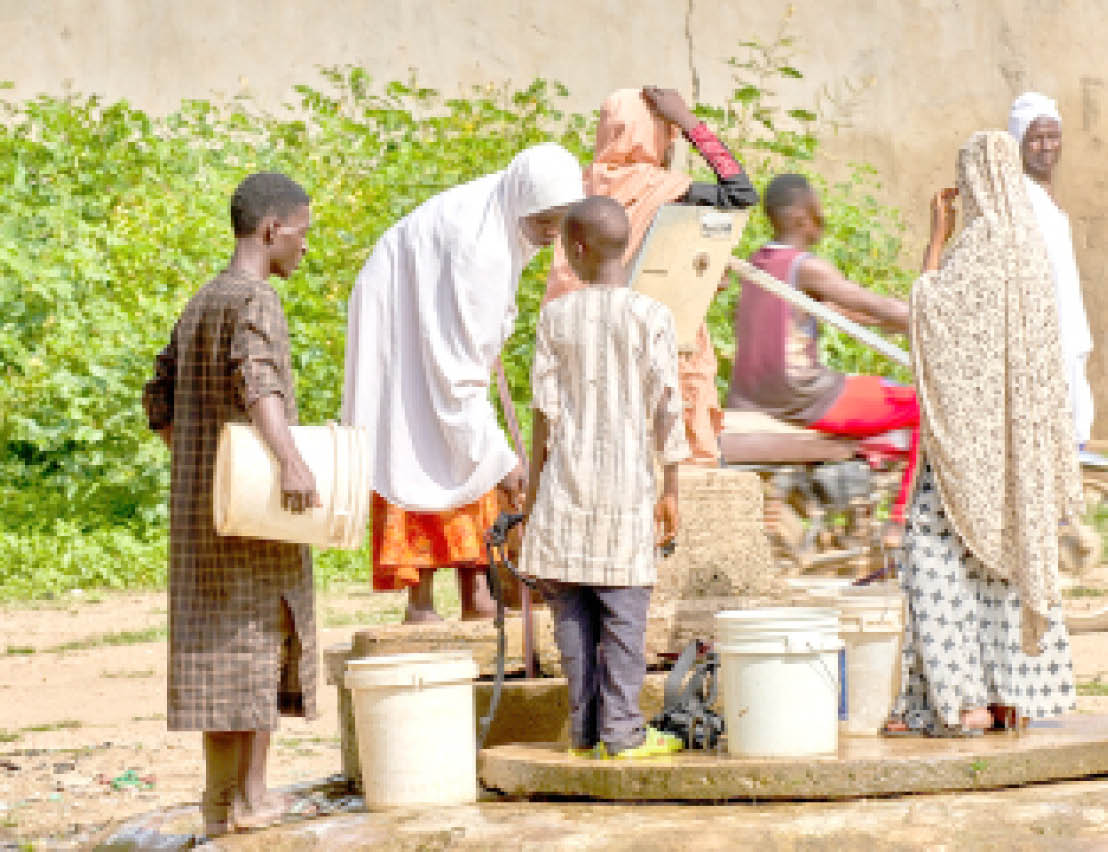 FILE PHOTO: Children fetching water from a borehole in Rano

Even as it boasts of various water bodies meandering through the country like River Niger and River Benue and the endless body of the Atlantic Ocean present in the southern part of the country, harnessing them to meet the provision of clean water for its citizens has been an insurmountable task.

In 2018, UNICEF noted that Nigeria needs to invest about eight billion dollars if the country wants to achieve Goal 6 of the Sustainable Development Goals (SDGs) by 2023 and at the rate of development in the water sector at that time, only about 72 per cent of Nigerians will have access to potable water in 2023.

Goal 6 of the SDG states that countries must achieve universal and equitable access to potable water for all, achieve access to adequate sanitation and hygiene for all and end open defecation.

Amidst the challenges, the federal government is seeking to bring all surface and underground water resources under its control through a bill called the Water Resources Bill.

The bill which was first introduced in 2018 was rejected by the seventh and eighth assemblies and has faced much criticism but yet, reintroduced to the ninth National Assembly recently.

Despite the backlash, the bill has passed the second reading in the House of Representatives.

Here are a few things to know about the National Resources bill.

Section 98 of the bill which is licensing states that “the use of water shall be subject to licensing provisions.”

Section 104 states that the bill will give the government the power to “direct a person who has a supply of water above his needs for domestic purposes to reduce the amount he is permitted to abstract under the terms of any license or general authorization.

However, section 107 says that a license may be cancelled if the licensee fails to make beneficial use of the water.

Similarly, section 120 makes it compulsory for Nigerians to obtain a driller’s permit before sinking a borehole in their homes.

Section 125 states that only authorised personnel may carry out routine checks to inspect water usage or water disposal on properties with the production of their identity card or other instrument or certificate of designation if so required.

The last section, section 131 states that non shall use water otherwise than as permitted by this act.

Some problems faced by water resources in Nigeria

In Nigeria, water from various boreholes might already be contaminated with dissolved chemicals like iron and manganese and a lot of man-made contaminants like fuel and infiltrations of chemicals from dumpsites. Firms also cause water pollution through the discharge of large quantities of agrochemicals, sewage, and wastewater as well as mining pollution. Water-borne disease is still very prevalent in rural areas and the urban areas are littered with sachets and bottles.

The improper disposal of used sachets and bottles causes environmental pollution and blockage of drainage channels and all of these can bring about a shortage in potable water in the country.

According to USAID, access to clean water and improved sanitation facilities is a daily challenge for many Nigerians and is more common in northern Nigeria where only 30 per cent of the population has access to safe drinking water.

However, through a partnership with local government and the private sector, USAID is increasing access to safe water, sanitation, and hygiene education among some of the communities in the north with higher risk.

Rather than the water resource bill, it will make better sense if the government first of all put laws supporting nature, create laws regarding improved sewage systems, and ensure to make better pipes that don’t leak as its a major cause of water pollution.

Putting some of these policies in place with proper monitoring will give more Nigerians access to safe water.