The Bayelsa and Edo state governments have sealed off buildings and filling stations aimed at enforcing town planning and physical development laws. Nigeria has witnessed… 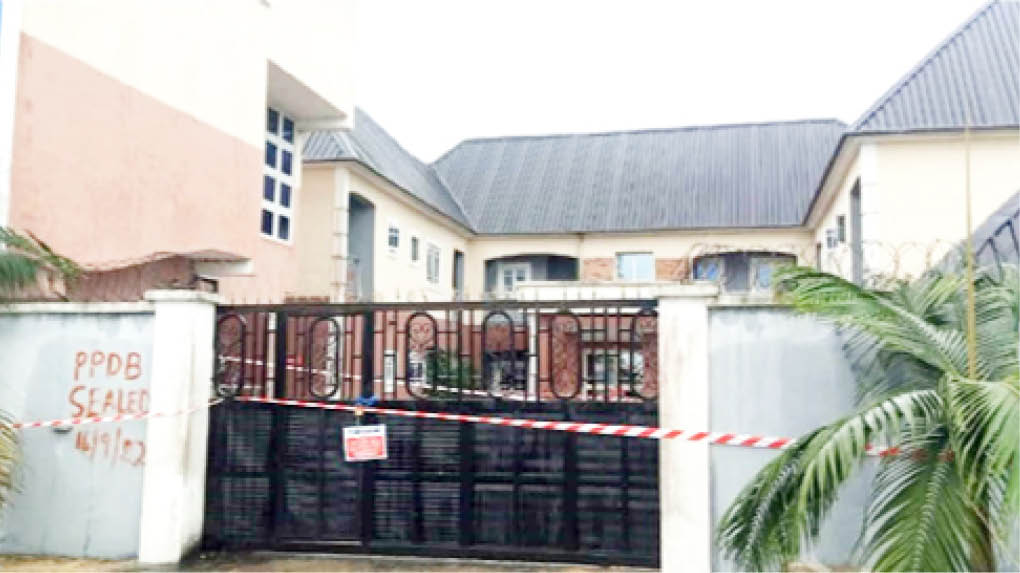 The Bayelsa and Edo state governments have sealed off buildings and filling stations aimed at enforcing town planning and physical development laws.

Nigeria has witnessed many cases of building collapse in recent times, most of which have been identified as occurring due to poor enforcement of town planning and physical development laws.

The Bayelsa State Physical Planning and Development Board, on Friday, sealed a property on account of the developer’s refusal to comply with contravention notices served on him by the board.

The spokesman of board, Mr Imgbi Gbalipre Stanley, in a statement, said the property, a one-storey hotel at the Okaka Housing Estate, Yenagoa, was sealed on Friday, September 16.

Speaking during the sealing exercise, the Executive Chairman of the Bayelsa State Physical Planning and Development Board, Alabo Gideon Ekeuwei, said the developer deliberately refused to comply with the directive of the board despite all the enforcement notices that were served on him.

Ekeuwei, who spoke through a town planner in the Development Control Department of the board, Tari Ikposo, noted that it was in 2018 that staff of the board on routine development control exercise noticed the construction and engaged the developer by serving him with all the necessary notices but that he ignored them all.

He said, “We usually serve ‘stop work’ notice, which is supposed to make the developer visit the board. Then we follow it up with a contravention notice. When a developer fails to comply with this procedure, leading to plan approval/development permit, and the matter will be taken to the tribunal upon the expiration of the mandatory days.”

The chairman explained that it was his refusal to comply with the several notices served on him that led the board to take the developer to the Physical Planning and Development Tribunal, adding that he also refused to honour the court’s summons.

Ekeuwei further said it was as a result of his refusal to honour the board’s invitation, as well as the tribunal’s that led to the action after securing a court order that gave the board the power to seal the property.

Ekeuwei noted that except he complied with the board’s requirements by providing all the requested documents regarding the property, the facility would remain sealed, adding that if he disobeyed and forcefully reopened the property, he would be arrested and prosecuted for contempt of court as contained in the law establishing the board.

He, therefore, admonished land developers to always approach the board for required approvals before embarking on any development.

Meanwhile, the Edo State Government has sealed over 14 gas stations, as well as residential and commercial buildings, in Uromi and Ekpoma, the administrative headquarters of Esan North East and Esan West LGAs.

The Director of Development Control and Enforcement, Ministry of Physical Planning, Urban and Regional Development, Henry Enabulele, said the property were sealed over contraventions of town planning laws.

He further said, “Also served contravention notices are an unnamed bakery on Ogboni Road; a building blocking the right of way on Uwenebo Street; Otailo Retail Gas Station; a palm oil factory and a welding factory, all in Uromi”.

“At Ekpoma, an ongoing lockup store on the Ekpoma-Auchi expressway and a building blocking Old Ojo Street, Uhumudumu, have been marked for demolition.”

He noted that the exercise was in line with the state government’s recent declaration of “Operation Plan Edo”.

He explained that government had embarked on the design of the Edo Regional Development Master Plan, hence the need for developers to seek advice and obtain building approvals from the ministry before spending money on structures.

He explained that the enforcement was carried out after the expiration of demand notices served on the developers.

Enabulele, therefore, called on the affected persons to approach the ministry and register their buildings, warning that defaulters would be reprimanded through the instrumentality of the law.