The Academic Staff Union of Universities (ASUU) on Tuesday staged a peaceful rally in two universities campuses in Benue State, calling on the Federal Government… 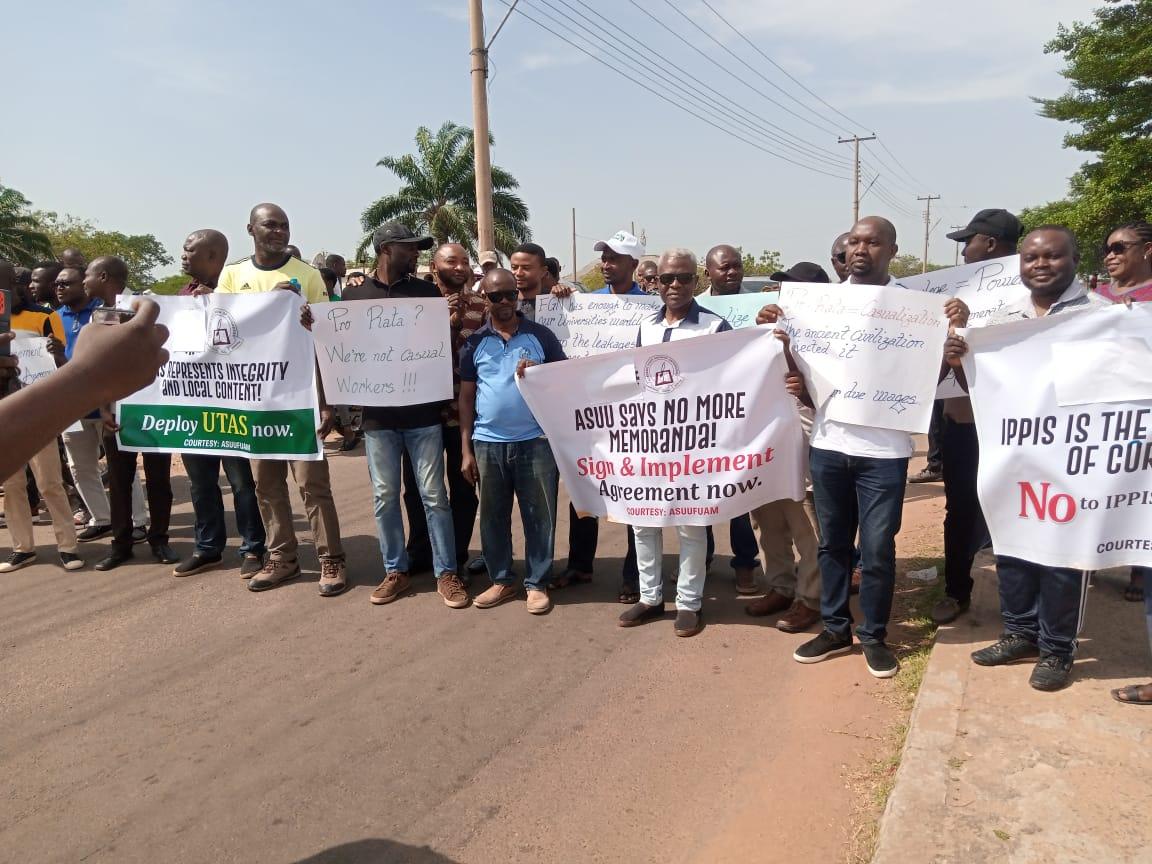 The Academic Staff Union of Universities (ASUU) on Tuesday staged a peaceful rally in two universities campuses in Benue State, calling on the Federal Government to honour the agreement it entered with the union.

Chairman of ASUU chapter in Joseph Sarwuan Tarka University (JOSTUM) formerly known as Federal University of Agriculture, Makurdi (FUAM), Prof. Simon Ameh Ejembi, said the union declared a lecture-free day to observe the rally and tell Nigerians how bad the federal government had been treating them.

Ejembi noted that after the union obeyed the court order to return back to classroom, the government refused to honour the agreement, adding that the half salary paid to them for October was only an invitation to trouble.

He said, “In the bid to further destroy the university system, he went to court to procure a judgement that could not be appealed until after compliance with a ruling which was challengeable. To say the least, this is a gross abuse of power which should not be condoned.

“Consequently, we call on the Federal Government of Nigeria, to as matter urgency, release the backlogs of our withheld salaries and do all other things necessary (especially those issues that led to the strike action) to revamp the educational sector in Nigeria if, as a nation, we plan to develop at any point life.

“Today’s rally is meant to sensitise Nigerians and relevant stakeholders in the educational sector to prevail on the ruling class to stop bastardising and casualising the system. ASUU suspended the strike to show that as intellectuals, we are law-abiding and therefore, obeyed that court ruling even in its pervasive form.”

Similarly, the ASUU chairman of Benue State University (BSU), Prof. Kwaghfan Tarnongo, said the rally was held in solidarity with federal universities lecturers to protest the pro-rata payment of salaries to their colleagues.

“We condemned the federal government’s action in totality. That’s why we are going around the campus,” Tarnongo said.