A fire outbreak has razed 150 shops at the Kachako Central Market in Takai Local Government Area of Kano State. Daily Trust reports that the… 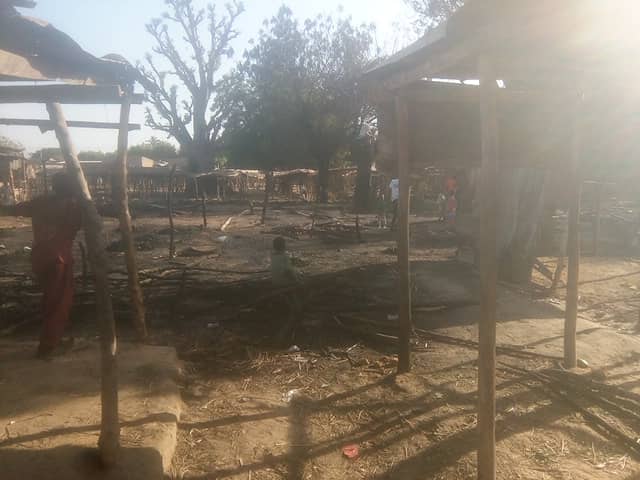 A fire outbreak has razed 150 shops at the Kachako Central Market in Takai Local Government Area of Kano State.

Daily Trust reports that the incident happened few days after another fire outbreak destroyed over 200 shops at tomato market in Bichi Local Government Area of the state.

onfirming the incident to newsmen, the spokesman of the Kano State Fire Service, Alhaji Saminu Abdullahi, said it occurred on Monday afternoon.

“We received a distress call at Takai Fire Station at about 01:13p.m from the Local Government Security Service Unit and we immediately sent our rescue team to the scene at about 01:21p.m to stop the fire from spreading to the other shops.”

“The dimension of the market premises is about 2,000 feet by 1,500 feet used as a central market. But with good effort from our team we successfully saved about 800 shelters from the fire,” he said.

He said it was being suspected that the fire was caused by smokers.

Speaking to Daily Trust about the incessant fire outbreak in Kano, the PRO said is due to harmattan season in which winds can easily spread inflammatory objects.

He cautioned people to handle fire with care and avoid living fire or electricity on while sleeping.

“People should be very careful these days because this season exposed people to fire and it can easily spread to other places as there is wind.

“Also in public places like market, people should watch how they live electrical appliances when leaving their shops and also security should be involved to check the surroundings and ensure that smokers are not living within the compound,” he added.