After 101 years, new challenges stare Barewa College in the face

Barewa College, Zaria, which was established over a century ago has produced prominent leaders and personalities, among them five former Heads of State. However, the… 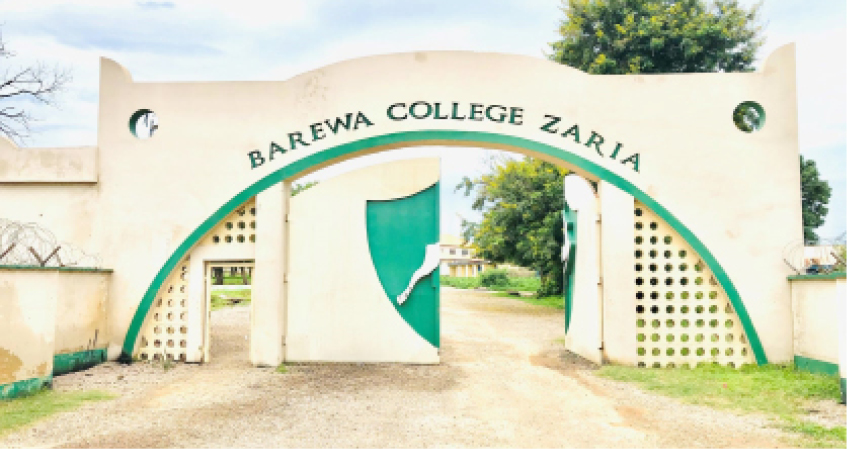 Barewa College, Zaria, which was established over a century ago has produced prominent leaders and personalities, among them five former Heads of State. However, the 101-year-old school is facing some infrastructural challenges, Daily Trust Saturday reports.

The famous and prestigious Barewa College, situated along Gaskiya road in the Tukur-Tukur area of Zaria, Kaduna State, is one of the largest and most popular boarding schools, not only in northern Nigeria, but the country as a whole. The college is widely regarded as one of the most celebrated post primary schools in the northern region that has produced outstanding and prominent personalities across the country.

Established in 1921 by a British governor-general, Hugh Clifford, the college was originally known as Katsina College before it was changed to Kaduna College in 1938 and later to Government College, Zaria in 1949. The college became Zaria Secondary School in 1956 when some of the provincial secondary schools were about to become full secondary schools.

Its name was changed again to Government College, Zaria following the emergence of six state governments in the former northern region, some of which began to establish their own government colleges.

The school’s single stream of 25 students was doubled in 1945 when 50 students were admitted into the college. In 1949, the college was finally transferred to Zaria and its name was eventually settled as Barewa College in 1970. The name, Barewa, which means gazelle, evolved as a symbol, signifying progress, just as the swift movement of a gazelle.

The school, which is known for having large numbers of elites from the northern region who passed through its academic buildings and count among its alumni, include five of Nigeria’s former heads of state, among them, Alhaji Abubakar Tafawa-Balewa, prime minister of Nigeria from 1960 to 1961; General Yakubu Gowon (retd), military head of state from 1966 to 1975; General Murtala Mohammed, military head  of state from 1975 to 1976; Alhaji Shehu Shagari, president of Nigeria from 1979 to 1983; Alhaji Umaru Musa Yar’adua, president of Nigeria from 2007 to 2010.

The college also produced four chiefs of army staff, three inspectors-general of police, t 30 state governors, over 40 ministers, 20 vice chancellors and almost 30 prominent traditional rulers. There are also a large number of bankers, captains of industry, diplomats, technocrats and bureaucrats across the country.

Students of the college, our correspondent gathered, were known to respect their seniors, a situation that has not been compromised, even among its old students as they are normally identified by their enrollment numbers.

Established 101 years ago, the college, which has churned out many of Nigeria’s best is now besieged by several challenges that speak short of its past historical antecedents.

Our correspondent who visited the college reports that despite producing lots of prominent personalities, it is operating below expectation, given its historical uniqueness.

Although the current principal of the school, Ismail Musa, who was newly posted to the college, declined comment, claiming that he had no authority to speak to the press, a senior staff of the college who spoke on the condition of anonymity disclosed that the running cost of the school, despite being a boarding college, is far below N100,000 per month.

“In fact, presently, the college has spent eight months without running costs. Last month, only a one-month running cost was released to the school. Note that it is out of this amount that the school authority will provide chalk, laboratory reagents, stationary and some drugs, among other things, for the running of the college,” he said.

The senior teacher confirmed to our correspondent that there were only four qualified English and Mathematics teachers, although posting of newly recruited teachers is still ongoing by the state government. He said the school would overcome issues around understaffing in core subject areas if the government could post between five and seven additional teachers.

In terms of academic performance, the teacher assured that students of the college had been performing above average.

“Even in the recently released WAEC examination, the college recorded tremendous success, with more than 75 per cent of its students passing in flying colours.

“And they have been winning laurels and trophies in academic and extracurricular activities. I can still recall about 10 years back when the school represented the country in Cuba on a science competition and returned home with a laurel,” he said.

Investigations by our correspondent indicate that the all boys’ college with a student population of 2,500, has been without electricity in the last three years. However, an old boy of the college recently facilitated the installation of a solar power system that is yet to commence operation. Sources say the power outage was a result of damage sustained by the school’s only electricity transformer.

Further investigation revealed that the major source of water in the school is borehole, which sources say is only operated once a week. However, in subsequent days, students use hand pumps as their source of water supply.

Reacting to the situation in the college, a community leader, Wakilin Mai Unguwan Sabuwar Unguwa, Malam Salisu Nayako, who has a child in the college, expressed concern that majority of the staff occupying the school quarters were women who are expected to render helping hands to boarding students during night hours.

He complained that female teachers made the larger population of staff deployed to teach in a purely male boarding school, a development he said he was not comfortable with, considering the fact that women may find it challenging to handle adolescent boys.

An old student of the college, Jibrin Sani, said although the Barewa Old Boys Association was trying its best to compliment government’s effort in infrastructural and academic provisions through viable projects, there was a need for the present leadership to double its commitment by liaising with the school authority in identifying the priority projects needed.

He applauded what he described as the untiring commitment and zeal of the association’s grand patron, the Sultan of Sokoto, Dr Saad Abubakar, who he said had demonstrated immeasurable determination towards addressing all the issues affecting the progress of Barewa College.

Sani recalled that the Sultan had not only built the Sultan Abubakar Multi-purpose Hall, renovated the principal’s office but also endeavoured to settle electricity bills accumulated by the college before their transformer was blown up.

“Similarly, we must appreciate the valuable contributions of the Kaduna State governor, Malam Nasir Ahmed el-Rufai, who is also an old boy of the college, for giving it infrastructural and educational boost since he assumed office,” he said.