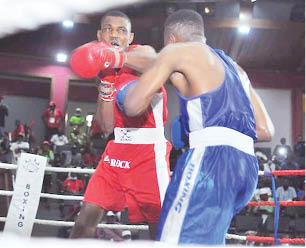 It will be recalled that Chukwuemeka Igboanugo who represented Imo State in the 86kg category passed away in a hospital after he fought with Prince Gaby Amagor of Team Anambra State.

After he collapsed, he was rushed to the hospital where he was confirmed dead.

According to the LOC chairman, the deceased was said to have high blood pressure and the medical personnel stopped him from participating in the fight but returned after a while and was certified fit after which he was allowed into the ring.

Mr Aniagwu debunked insinuations that the late boxer was not physically fit or having serious health issues prior to the match but insisted that if the family agrees for an autopsy, the LOC will not hesitate to do that.

Mr Aniagwu who is also the Delta state commissioner for Information said medical experts are available in all venues of the sports festival to run background checks on athletes before they participate in games.