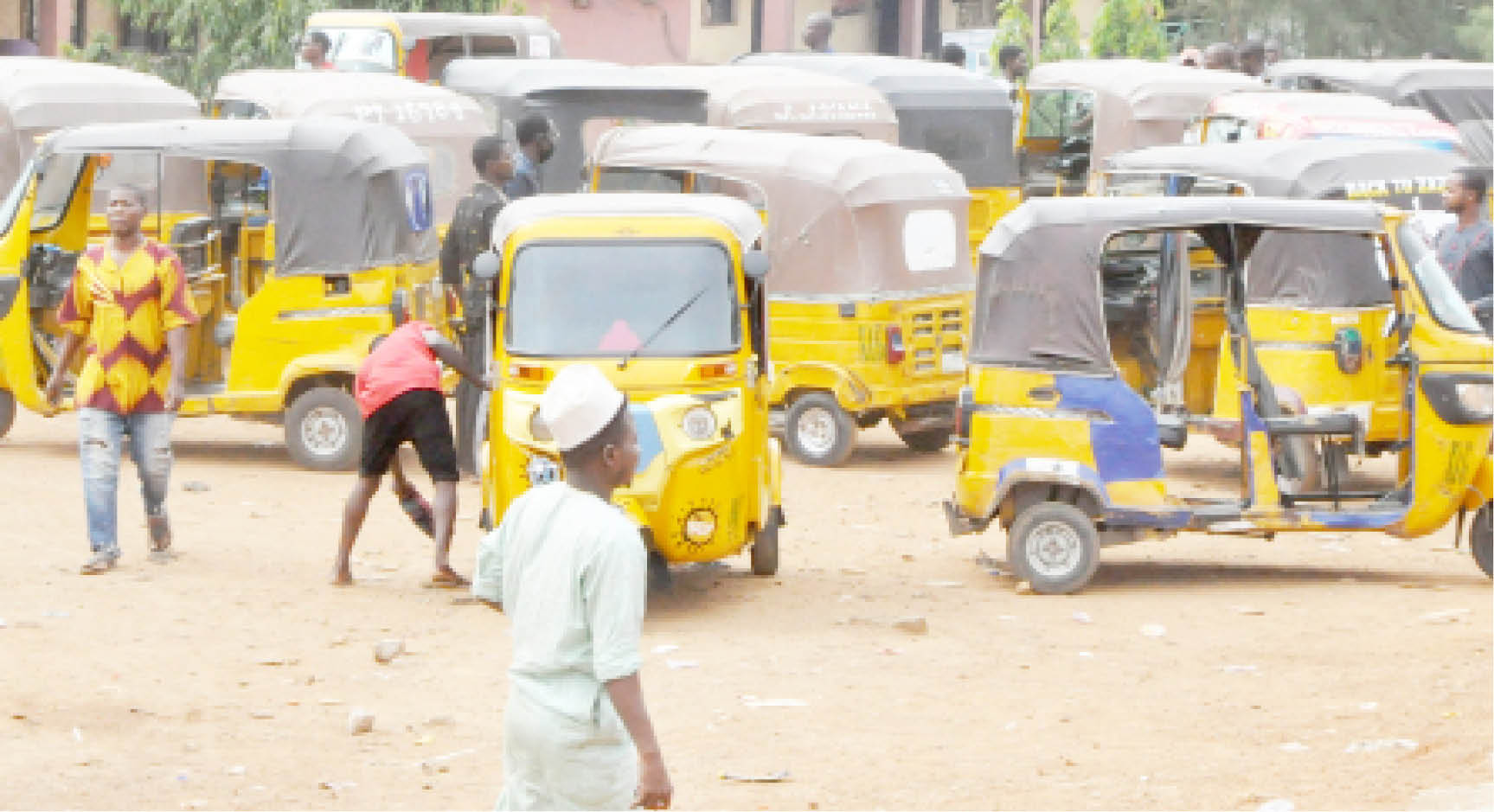 Tricycle operators at a park along Jikwoi road road Abuja

Two women and a teenage boy have been rescued by the operatives of the Nigeria Security and Civil Defence Corps (NSCDC) in Kwara State after they were abducted in a Keke NAPEP.

Spokesperson of NSCDC in the state, Ayeni Olasunkanmi, told City & Crime that, “We located them through intelligence inside a bush suspected to be their den around 9pm.

“Although the kidnappers escaped, a brand new motorcycle suspected to be used to kidnap victims was recovered. We are still trying to arrest them.”

Meanwhile, narrating the incident in a viral video, one of the victims, Mrs Abdullateef, said, “I boarded the Keke NAPEP from Oja-Oba, heading to Lanre-Gada in Ilorin.

“I met a woman and the driver inside, and as we proceeded, the driver picked up a male passenger.

“When we got to another point, the driver picked up a child and told us he would be going through the Alagbado area because of a traffic snarl on the normal route.

“Shortly after, the man he later picked up brought out a pistol and threatened to kill us if we raised alarm. I was seated in the middle of two passengers at the back.”