Television viewing influences children in many ways. While television can entertain, inform and teach children good values, it can also influence them in undesirable ways.… 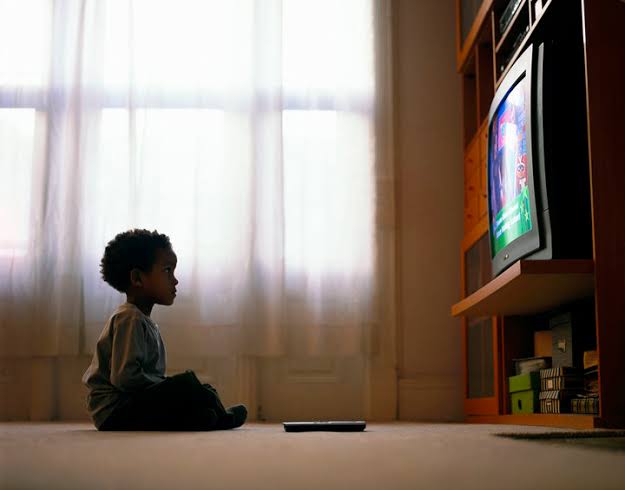 Television viewing influences children in many ways. While television can entertain, inform and teach children good values, it can also influence them in undesirable ways.

Children can also learn information from television that may be inappropriate or incorrect. They often cannot tell the difference between the fantasy presented on television and reality.

Daily Trust highlights some of the guidelines recommended by child development experts in managing the harmful effects of some television contents.

Engage them in other activities

Most children are usually restless, and always looking for something to engage in. Their activities can cause a lot of disturbances at home, and therefore the need to always engage them in healthy activities.

Encouraging them to read, to participate in sports, games, hobbies, among others can go a long way in keeping them away from too much television contents.

Setting a daily limit for watching television – depending on a child’s daily routine – can go a long way in reducing too much exposure to television contents.

Parents are also advised not to put television in their children’s bedrooms, because they may not be aware of how long the kids spend watching or the type of contents they watch.

Don’t use TV as distraction

Although it is easy for parents to use television to distract or “baby-sit” preschool and even school-age children, viewing should be limited to programmes and videos specifically written for the child’s age group.

Children typically cannot tell the difference between fantasy and reality. As a result, many television shows can influence children’s behaviour in a lot of negative ways.

Pay attention to what shows your child watches. Many of the shows designed for children and teens contain violence, sex, drugs, and alcohol.

It is also recommended that parents must actually watch or read reviews of a show their child is interested in to discover their appropriateness.

Parents should be clear which shows are okay to watch and turn off the TV when they fall below the required standard.

Talk about the violence

Television violence has a significant negative impact on children. Excessive viewing of violence can numb a child’s sympathy towards real-life victims of violence.

Violent TV contents can also cause a child to be excessively apprehensive about personal safety for his or her future, therefore causing mild traumas and paranoia.

They can also make a young child to play more aggressively after viewing violence on television.

It is therefore very necessary to limit shows that contain violence, and when the violence teaches some good values, to point out to them in order to develop the child’s empathy.