Much of the world’s attention is focused on a small country in the Arabian desert where some of the best footballers in the world, and… 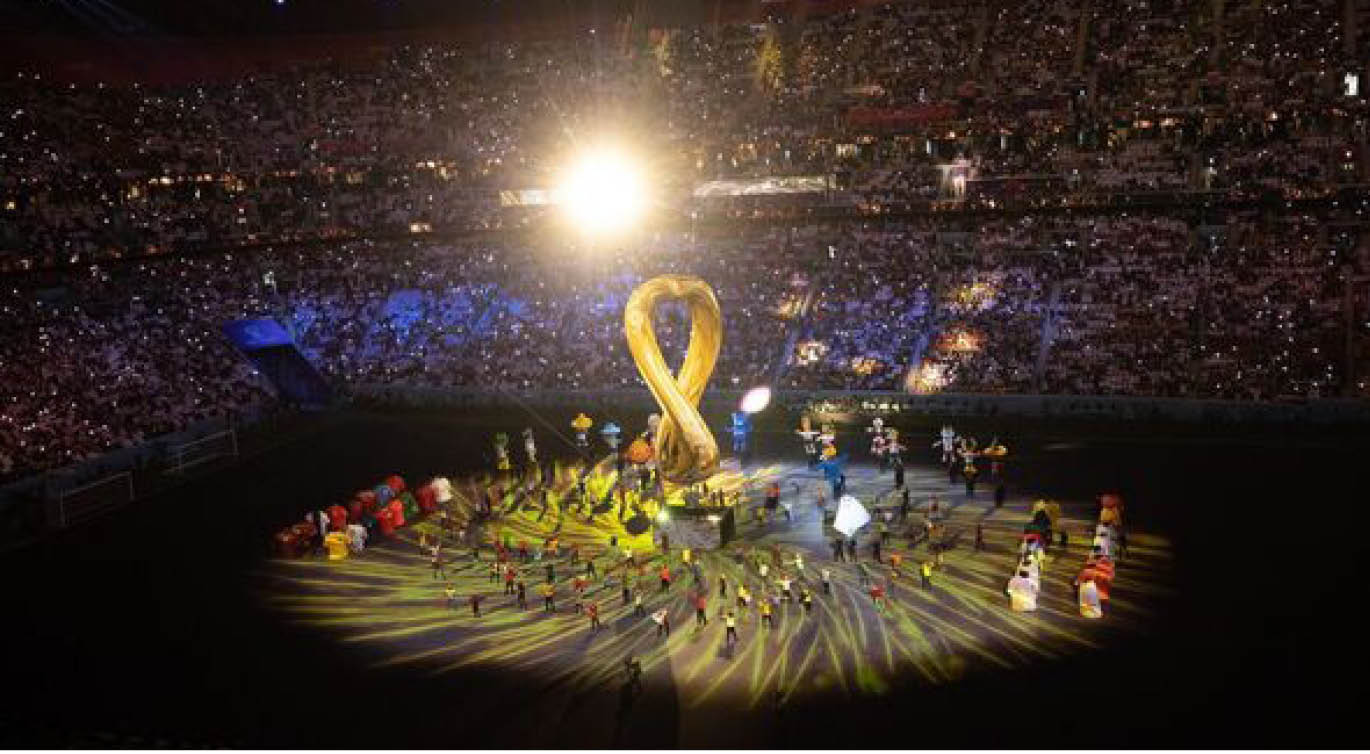 Much of the world’s attention is focused on a small country in the Arabian desert where some of the best footballers in the world, and some of the not-so-good ones too, have gathered to compete for the FIFA World Cup.

The competition has been plagued by controversy, from the corruption at FIFA that paved the way for the hosting right to be awarded to Qatar, a country that is about the size of Kano metropolis and with half the population.

Without a team in the competition, which means we can’t argue and insult each other over the ethnic composition of the squad, some Nigerians have chosen to focus on some other things, like religion. Claims of some 500 people accepting Islam just after watching the opening ceremony are pure disinformation, fake news, inspired by a 2016 video of the famous preacher, Zakir Naik, apparently converting people to Islam. That video has nothing to do with Qatar or the World Cup.

The defeats of Qatar, Iran and Senegal got a spin and were interpreted as defeats for Salafis, Shiites and Sufis in that order. All good fun, perhaps. A bit overindulgent.

The fascinating thing to me is that Qatar is hosting a World Cup in eight stadiums, seven of which did not exist five years ago. Yes, I am aware of the hullabaloo—I didn’t stumble on that word, did I? —about the conditions and treatment of migrant workers who built those stadiums, the hotels, and the cities that rose out of the desert for this World Cup.

In the same week that the World Cup kicked off, President Muhammadu Buhari inaugurated oil drilling in the Kolmani oil fields spread between Gombe and Bauchi, to tap an initial 1-billion-barrel oil reserve. Fabulous news! Even more exciting are plans by the NNPC that the first phase of the project would have an oil refinery unit, a gas processing unit, a 300-megawatt power plant and a fertilizer plant producing 2,500 tonnes a day. Madalla!

Understandably, there is lots of excitement in the North, because of course, this is a huge development that would change the fortunes of both Bauchi and Gombe states and their people. If managed well, it can change the lives of everyone in the country so, on the whole, this should be a good development for Nigeria. It should ideally translate to more revenue for the country, job opportunities for the people and infrastructure development. Except this has not always been the case.

Nigeria is the second largest oil-producing country in Africa but data released by the National Bureau of Statistics just last week show that 130 million Nigerians are living in poverty. That is 63 per cent of the population. For an oil-rich country, this rate is unacceptable. Even worse is that a large majority of those in these poverty zones are in the North.

Will the discovery of oil in Bauchi and Gombe, and other places where explorations are ongoing, change this fact? I would absolutely love to say yes, but the reality is that 60 years of oil exploitation and export in and from the Niger Delta has only made Nigeria richer and Nigerians poorer. It is an irony, isn’t it?

When Prof. Richard Auty in his book ‘Sustaining Development in Mineral Economies’ coined the phrase, “The resource curse” in 1993 to describe countries that have huge natural resources but have been afflicted with chronic economic underdevelopment and have ended up worse off than countries without natural resources, like South Korea, or Japan, for instance, he might as well have been talking about Nigeria.

There are only a few countries in the world where this “paradox of plenty” plays out to devastating effects like Nigeria. Countries like DR Congo come to mind. The Niger Delta has been devasted by the oil exploitation that has gone on for decades there. Yes, there is a lot of money flowing in and out of that region but there is far more heartbreak, poverty and destitution.

Oloibiri, where oil was first discovered in commercial quantity in Nigeria is today a sorry sight. It is still underdeveloped; the people are poorer and their fishing and farming practices have been badly affected by the environmental population. This should never be the way the town that gave the country its first oil wells should be treated.

Have Nigeria and Nigerians learned any lessons from these missteps or will this oil discovery in the North yield the same results as the ones in the South? Will this just be an opportunity for a few corrupt persons to enrich themselves, or is it an opportunity to increase the country’s wealth and actually, for the first time perhaps in our history, use this wealth to develop the country, improve the lives of the long-suffering citizens of the country or are we just going to disregard the damage done to the Niger Delta region on account of oil exploration and do the same to the oil fields in Gombe and Bauchi?

What caused the disaster in the Niger Delta has been our poor attitude to national development and our selfish and uncultured approach to the commonwealth. General Yakubu Gowon who in the 1970s presided over the country’s oil boom was reported to have said of Nigeria’s newfound wealth at the time, “Money is not the problem but how to spend it.” It is an attitude that has not changed over the last 50 years. It has not changed now. To expect a different outcome using the same attitude therefore will be expecting yams to grow where one planted guinea corn.

Sorry to be the brother Killjoy here, but perhaps instead of jubilating over this discovery, we need to ask first exactly how this wealth will benefit the people, how will we ensure that Gombe and Bauchi don’t become the new Niger Delta where rivers and farmlands are slick with oil, where the air is polluted and diseased, where oil is extracted but the people live in squalor and swim through the slush to go to markets?

A crude Hausa proverb tells us to douse our beards in water when we see our neighbours go up in flames. The North already has its peculiar challenges. It is plagued by criminality in the form of terrorism and habitual corruption that has defined national culture—typical of the curse of oil money. While the formula for sharing oil wealth is already constitutionally provided for, local leaders have a huge role to play in ensuring that the percentage due to them is channelled into developing their constituencies. And every citizen has a role to play here.

While countries like Dubai and Saudi Arabia are using oil money to build mega cities and improve the lives of their citizens, Nigerians are asking genuinely whether this new oil money is going to improve their lives.

Speaking about money, the new naira redesign was a missed opportunity to improve the currency design. What we have here is like the same currency dipped in dye and hung out to dry. In the end, they look like the old 10, 20 and 50 naira. The worse thing is that those old, smaller notes, have far greater value. And that is saying something.