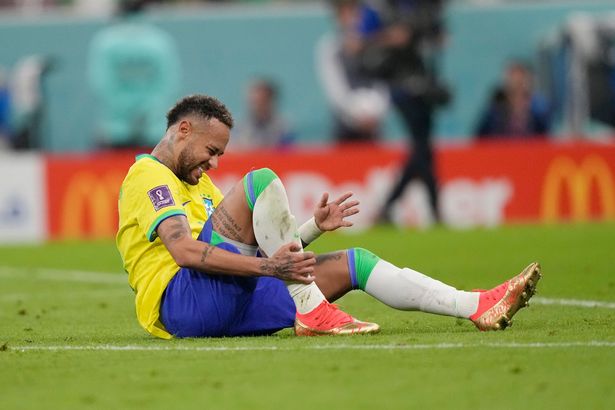 Brazil head into Monday’s World Cup last-16 tie against South Korea preoccupied with the health of the great Pele and with coach Tite wondering whether to recall the Selecao’s current number 10 Neymar after an ankle injury.

Tite used his press conference prior to Friday’s final group game against Cameroon to wish Pele a speedy recovery after the all-time great was admitted to a hospital in Sao Paulo during the week.

The three-time World Cup winner, now aged 82, has been undergoing a “re-evaluation” of the chemotherapy he had following surgery to remove a colon tumour in September last year.

Brazil fans also unfurled a banner with a get well soon message for Pele ahead of the Cameroon game, which the Selecao lost 1-0 as they went down to their first defeat in the group stage since 1998.

There would be no better way for Brazil to pay tribute to their greatest ever player than by going on to win a record-extending sixth World Cup on December 18, and the draw appears to have opened up favourably for them.

They topped their section despite scoring just three goals in three games in Qatar, their worst showing in front of goal in the group stage of a World Cup since 1978.

Brazil have a fearsome range of attacking options, even with Gabriel Jesus having gone home injured, but they have scored just once since Neymar came off with a sprained ankle in their opening 2-0 win over Serbia on November 24.

He watched the Cameroon game from just behind the Brazilian bench at the Lusail Stadium and on Saturday he was back training with his teammates, raising hopes he would be on the field against the Koreans.

“I feel good, I knew that I would now,” he wrote on Instagram on Saturday with a reference to James Brown.

“With his return the whole team will improve,” said Richarlison, scorer of both goals against Serbia, on Friday.

“I hope he comes back. Everyone saw how much we missed him in the last two games. I think him coming back will make me better.”

Kindest draw?
On paper, Brazil could surely not have asked for a kinder draw at this stage than South Korea, who qualified for the last 16 thanks to a last-gasp winner by Hwang Hee-chan against Portugal.

If they win at Doha’s Stadium 974 they will advance to a quarter-final against Japan or Croatia, with a last-four showdown against great rivals Argentina still on the cards.

Korea were the second lowest-ranked side to make the knockout stage and Paulo Bento’s side have recent experience of how chastening an experience it can be to take on Brazil.

The teams met in a friendly in Seoul in June and Brazil romped to a 5-1 victory with Neymar scoring two penalties.

“They are an aggressive and strong team. We can’t afford to make mistakes,” warned Richarlison, who was also on target in that friendly clash.

Brazil are desperate to rediscover the form in front of goal that saw them score a remarkable 26 times in their seven games preceding the tournament, but aside from Neymar they have injury concerns in defence.

Alex Telles, who replaced Alex Sandro at left-back against Cameroon, is out of the tournament with a knee injury.

Alex Sandro himself has been recovering from injury while, on the other side, right-back Danilo could make his return from an ankle problem.

“All going well, the expectation is that he will be available for the next match,” said Rodrigo Lasmar, Brazil’s team doctor who regularly appears before the media to provide updates on the health of the team’s stars.

Yet the reality is that whoever plays will be expected to be too strong for South Korea, even if in Son Heung-min the Asian upstarts have their own superstar attacker.