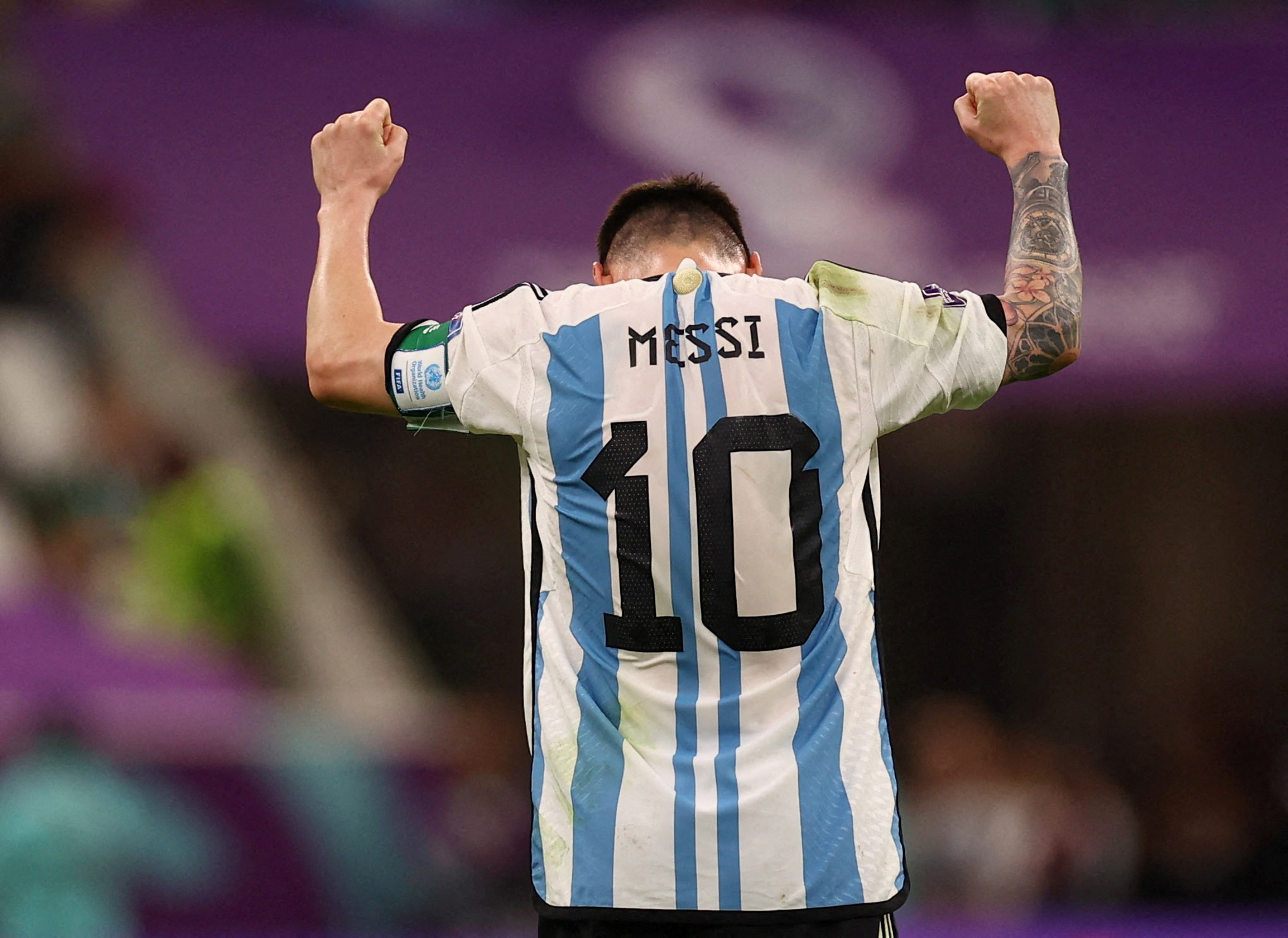 Lionel Messi produced a moment of trademark quality to score the opener in a 2-1 win over Australia and send Argentina into the quarter-finals of the World Cup on Saturday.

Messi’s 789th goal in his 1,000th career appearance – but first in the knockout rounds of the World Cup – helped set up a last-eight clash with the unbeaten Netherlands on Friday.

Julian Alvarez scored the other in the 57th minute after some calamitous Australian defending, before Enzo Fernandez’s 77th-minute own goal set up an unexpectedly nervy finale.

Now 35, one of the best players of all time is seeking to win the tournament for the first time in what will surely be his final World Cup.

Messi’s classy first-half goal, bending the ball into the bottom corner, broke the resistance and ultimately the hearts of a gutsy Australian side who defied all expectations in Qatar and went down fighting.

Australia’s yellow-shirted fans were vastly outnumbered among the packed crowd at the 45,000-capacity Ahmad bin Ali Stadium and were drowned out by Argentina’s boisterous, bellowing and bouncing supporters.

Graham Arnold’s Socceroos set out to unsettle their opponents. Keanu Baccus left one on Messi and Jackson Irvine was booked for crunching into left-back Marcos Acuna.

Argentina had Australia pinned back but the Socceroos were resolute and growing in confidence as an uninspiring first half wore on.

Messi was getting frustrated, tussling with Australian defender Aziz Behich on the sidelines.

Argentina and their coach Lionel Scaloni badly needed something special and in Messi they got it 10 minutes from the break.

Alexis Mac Allister fed defender Nicolas Otamendi, who was still in the box for an Argentina free-kick, and he miscontrolled it into the path of Messi who bent the ball left-footed along the ground into the corner.

It was Argentina’s first shot on target.

Australia had only got this far once before, in 2006, and they needed to come out and attack in the second half.

Instead, they self-destructed. Goalkeeper and captain Mathew Ryan tried to play out under fierce pressure in his box from hard-running Rodrigo De Paul just before the hour and was dispossessed by Alvarez.

The Manchester City striker, 22, nipped in, stole the ball from Ryan and swivelled to slot into an empty net for his second goal in as many games.

The Socceroos looked dead and buried but substitute Goodwin latched onto a loose clearance and his shot hit Fernandez and ricocheted in with 13 minutes left.

Behich then went on a superb mazy run from left-back, beating three Argentina players before Lisandro Martinez made a vital last-ditch challenge.

Teenager Garang Kuol then forced Argentina goalkeeper Emiliano Martinez into a desperate save deep in injury time before the massed ranks of South American fans celebrated a big win.