Why Taraba governor is afraid of my candidacy – Senator Bwacha

The Court of Appeal last week reinstated Senator Emmanuel Bwacha (Taraba South) as the governorship candidate of the All Progressives Congress (APC) for Taraba State.… 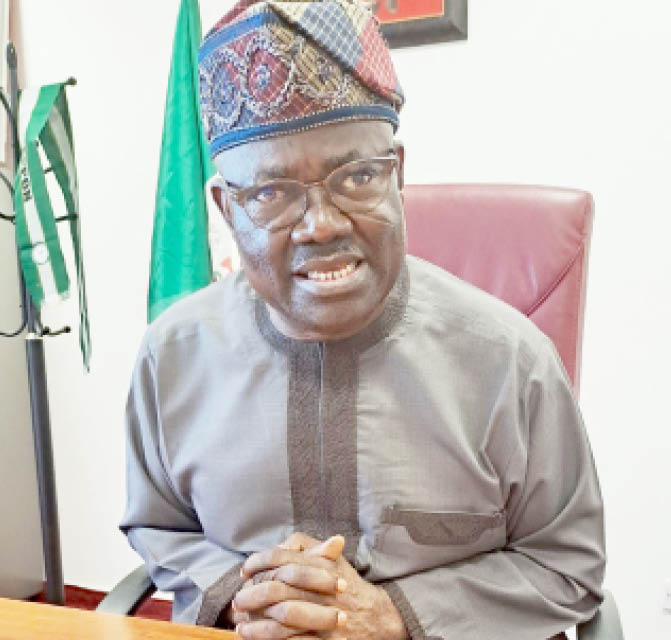 The Court of Appeal last week reinstated Senator Emmanuel Bwacha (Taraba South) as the governorship candidate of the All Progressives Congress (APC) for Taraba State. In this interview, the ranking lawmaker said with the reaffirmation of his candidacy, APC’s victory in the state is assured.

With the appellate court’s judgement, how ready are you for the Taraba governorship election?

I came into the APC and I met very friendly members of the party from the state who are desirous to form a government, and they knew my mission statement is to restore dignity to governance. Essentially, that is what brought me into this contest—to see that things are done normally, orderly and decently.

That is the focus for which I joined this race, to ensure that I put smiles on the faces of the people. Those are the things I intend to do differently.

We will graduate the state by the grace of God from a rural economy to an economy that will be reckoned with among the committee of states; that is essentially my intention and focus.

Well, going to court is somebody’s fundamental right that we can’t deny, but making room for dialogue is also our right, which I have been exploring right after the primary election. Since I was declared the winner, there is none of them that I have not reached out to.

Those who understood me, we are working together now, those that have chosen an ignoble way, are still fighting what God wants to do in the state.

Don’t you think you need the intervention of the presidency, the party at the national level to talk to these people to avoid a repeat of the 2019 Zamfara scenario?

I don’t see any repeat of the Zamfara scenario because I am conversant with the case of Zamfara. Unfortunately, they have used it to deceive innocent people who are ignorant of the law in the state.

Now let me paint the scenario of Zamfara for you. Yari, who was the governor in Zamfara State, we were told had a running battle with the leadership of the party – Oshiomhole; and did not allow the panel to conduct the primary and instead said we had conducted our primaries.

So the panel now says, Well, as far as we are concerned, we don’t recognise the primaries you conducted. INEC also testified in court that they were not part of the congress. These are the two institutions that are charged with the authentic in-house election of the party.

They used it to scare people and, thank God the appeal court has confirmed the story I am saying.

Having said this, let me make it known that the party called us—the national chairman, the APC under the leadership of Abdullahi Adamu – called us,  interacted with us, and pleaded with us to sheath our swords and work together as a team, but they refused.

Others who understood the significance of team game conceded, and we are working together with a few of them; the two others have not, for reasons unknown to them. This is where we are now.

Do you think there is an unseen hand pushing those two other people into what they are doing?

The PDP government in Taraba State’s original plan was to see that APC does not field a candidate in the 2023 election because the government knows that its cup is full and that it has performed abysmally in the state.

From the beginning, it even bought forms for some candidates to run for APC, that is how bad it is.

Since 1999, Taraba has been a PDP state. Why are you so optimistic that APC can make a difference this time around?

Now, you see, there is always time for something. We are the original PDP members. The governor came and met with us. Remember, we built this house; I am a foundation member of the PDP, and I was one of those who participated in a merger alliance that gave birth to the PDP.

I came from the family of the PDN, Yar’Adua’s famous political machine.

So, we know what we are talking about, the people are with us. We have been the ones God has been using to win elections for the PDP. We will meet with the governor; let’s see who is speaking from the side of truth and who is lying.

We left because we felt that the government we thought was going to make people happy has disappointed the people and we are not part of the disappointment because he refused to listen to us.

We cried and nobody was listening and we said we have to leave, this honeymoon has ended.

Campaigns have started for the 2023 elections. So far, there are worries over cases of violence here and there—attacks on people going to campaign and all of that. Are you confident that this election is going to be violence-free; free and fair in Taraba and nationwide?

Well, in Taraba State, just like most flashpoints in Nigeria, we have the challenge of insecurity. We have some bandits who have been displaced by the firepower of the military in the war zone of the North East.

The Boko Haram, the bandit in the North West, quite a few of them have relocated to Taraba, we are aware. And some politicians also, among the political class want to use them against some of us, we are also aware and we are also aware that the people know what they want.

I can tell you for free, take this to the bank, the people in Taraba State are waiting for the day to vote, and we are communicating with them. You know the world is a world of technology now.

We are talking to the rural people daily, we don’t need to go there and gather a crowd and stand there and say, we are passing them information. We are in touch with each other in all 168 wards, and I can tell you we have a presence in all these 168 wards.

While our enemies are planning how they will attack us with bandits, we are planning when we are going to be inaugurated as an APC government in the state because you will not see us; we will go ahead of you. Your evil plan, of which we are aware, when you are conceiving it, we know; we have informants among you, you have people everywhere.

The people you called, you want to use them; they will tell you, yes and they will come and tell us this is what you are planning. That is the grace God has given us in the state as we are speaking now.

So what are your campaign strategies?

I told you, I have already unfolded it. I revealed the strategy to you. I told you we are in touch with everybody at the grassroots.

When we are going to welcome the presidential candidate who will be visiting us in January, Asiwaju Bola Ahmed Tinubu, we will welcome him massively into the state; they will know that there is APC in Taraba.

Door-to-door mobilisation is ongoing as I am talking to you now. It is a hurricane that will sweep across the state, it is a tsunami, I can assure you.

We are going to sweep everywhere; it’s going to be more than what Buhari did in 2015 by the grace of God.

What is your final word, especially as it concerns Yusuf and Kente?

My final words to them as APC members, let them come back home. The prodigal son came, and he was welcomed by his father; the party will welcome them, and those of us there will embrace them because we are aiming towards one thing: forming government.

It is better to be at home than to go and be with strangers who will be laughing at you. All these little patronages, you are doing it to fulfill your anger, it will not help you; let’s put away anger, sheath your sword, come let us reason together.

I was commissioner for agriculture under Governor Jolly Nyame and my friend Ahmed Yusuf was commissioner of finance. The two of us were very good friends, I am a Christian, and he is a Muslim, we never knew this boundary, where this difference suddenly come and people are looking at themselves from the perspective of religion, it’s unknown.

This is one key area we set out to tackle and that is why you see me and Ahmed; we are committed to this project because we want to restore the glory of the state—no tribal division, no religious division—let us recognise that we are Tarabans.