Saraki Kizuwa is the managing director of ECWA Farms in Jos, the Plateau State capital. In this interview, he explained why poultry owners in the… 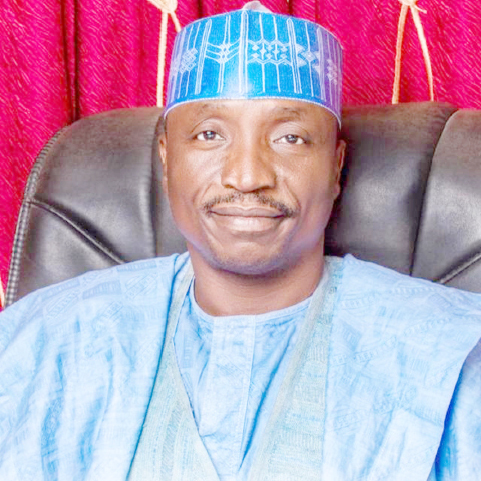 Saraki Kizuwa is the managing director of ECWA Farms in Jos, the Plateau State capital. In this interview, he explained why poultry owners in the state import day-old chicks from other states. He also spoke on what they are doing to boost poultry business in the state, among other things.

How is the poultry industry fairing in Plateau State?

Issues in the recent U.S strategy toward Sub-Saharan Africa

Here on the Plateau, we don’t have a good number of breeder farms, but there are a lot of commercial poultries. Certainly, therefore, day-old chicks have to be brought in from other states.

You have a breeder farm in ECWA Rural Development Limited; how do you get your parent stock?

From your experience, how would you describe the business?

The day-old chicks business is quite lucrative but it is bedevilled with serious challenges, particularly the cost of feed.

Day-old chicks come in two forms – the layer and the broiler. The broiler would give you table meat while the layers would give you commercial eggs, the ones you see all around. You obtain commercial broilers from the parent stocks; you raise them and sell as meat, which is another form of chicken sales. For the layers, you only keep them for the production of eggs. We don’t eat them; they are just mainly for egg production.

How much is a old-day chick now?

We just hatched in last few days, and we sold day-old chick broilers at N300 per chick; the layer was sold at N500 per chick.

Do you still buy at the same price outside the state?

Yes, but for the parent stock, the price is different. It is from N2,500 upwards. Only breeders buy parents stock, and the parent stocks are raised alongside their cocks so that their eggs can be fertile. Not everybody buys the parent stock except you own a breeder farm or hatchery. Here, we practise breeding most of the time

Is it only day-old chicks you sell?

We sell feeds too. We also raise broilers and sell. Currently, we have dressed chicken in the fridge. That is the ones you see in the market as frozen chickens.

Before the hike in the price of feed materials, how much were you selling your feeds?

When the feed materials were between N100,000 and N150,000, feeds were sold at N200,000. But right now, the broilers feed is N300,000. However, the price just dropped because of the rainy season. Before now, broilers feed was N600,000. The layers is N500,000. It dropped because most poultry farmers returned to crop farming. This business depends on seasons. From September through December, people will rush back into the business to buy chicks and nurture for Christmas and New Year sales. But now, several people have gone into crop farming.

What about the issue of diseases?

That is also another challenge, especially after the recent outbreak of the avian influenza, popularly called bird flu. It affected a lot of farms. Once bird flu enters a farm, it clears it. It does not select, it clears the entire birds.

Basically, in poultry farming, you need to work on your bio-security. Bio-security is practising good management and making sure of good use of disease preventive measures. For example, we don’t allow just anybody into the farm in order to prevent the spread of bacteria amongst the birds. We make sure that the bio-security is intact through the use of chemicals as disinfectants. And with sgood management here, we are able to checkmate diseases.