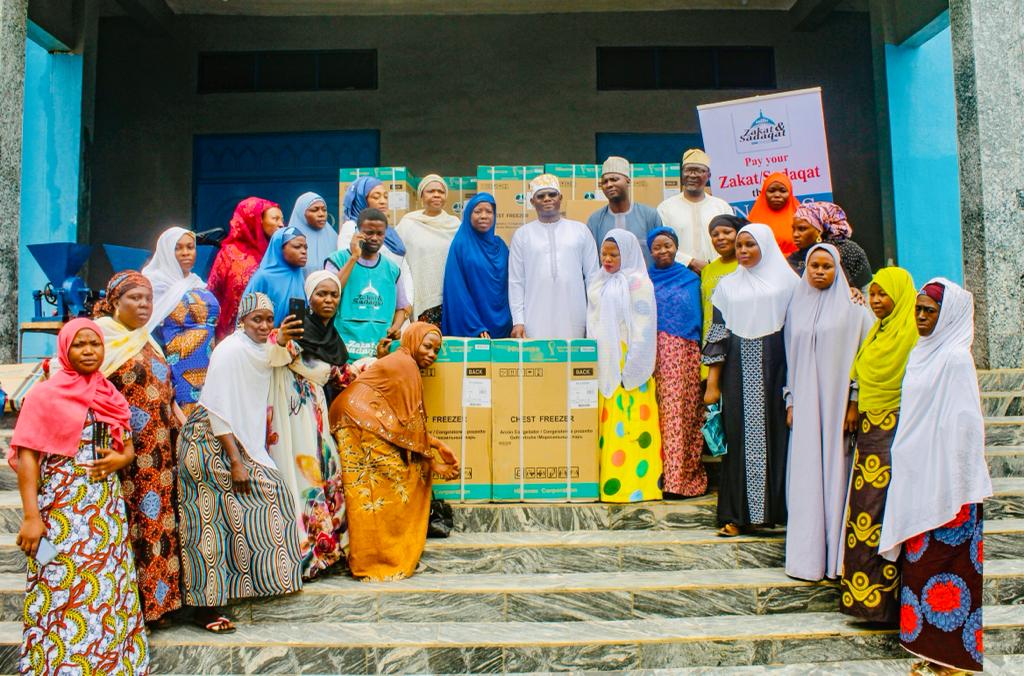 The Nasrul-lahi-l-Fati Society (NASFAT) says over N450m Zakat has been collected and distributed through its Nasfat Agency for Zakat and Sadaqat (NAZAS) since it was established in 2014.

The Chairman of NAZAS, FCT Zone, Alhaji Isiaq Ajibola, during the distribution of a N11m Zakat to 136 beneficiaries on Friday in Abuja, said the agency was established to collect, disburse and administer charity to the needy in line with Allah’s injunctions in Qur’an Chapter 9, verse 60.

Over 1,000 police constabularies protest ‘non payment’ of salaries in Kwara

According to him, the agency which was established in 2019 in Abuja, has been able to intervene in critical areas of empowerment, health and education assistance.

He said, “The agency also has the responsibility of improving the awareness of Muslims of their obligation towards the payment of Zakat, which is the third pillar of Islam and thereby taking many people away from the ignorance of Zakat calculation and commitments.

“In this regard, the agency has empowered thousands of people, providing trade empowerment, medical support, debt relief, and so on to the needy.”

While stating that it has provided annual scholarship grants to over 200 students in primary, secondary and tertiary institutions across the country, he said 28,000 displaced persons have also been provided with relief materials.”

Ajibola said those selected had gone through a diligence check of its Technical Committee and embarked on empowerment training for judicious use of the items given as an evaluation will be carried out to assess how the items were used.

While thanking its donors, he called on Muslims to key into the programme to cleanse their wealth and pay Zakat and Sadaqat to guarantee a better redistribution of wealth in society and by uplifting the lives of the poor and needy in the nation.

Also, a council member of NAZAS, FCT, Alhaja Mulikat Osinaike, urged beneficiaries of the programme to adequate utilize the items given to them to be able to contribute to the scheme for others to also benefit.