We are not yet due for another admissions exercise — BUK VC 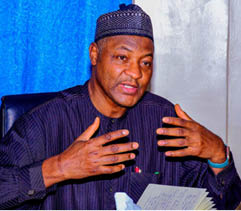 Professor Sagir Adamu Abbas, Vice Chancellor of Bayero University Kano (BUK), in this interview with Daily Trust, discusses the institution’s recent ranking on the Times Higher Education world ranking, steps the school is taking to encourage more research, and how it intends to handle academic losses due to the eight-month-long ASUU strike, among others. Excerpts:

The latest Times Higher Education ranking for 2023 ranked BUK as the fourth-best university in Nigeria and among the top 4% of world universities. How was the institution able to achieve this height in your two years as VC?

We achieved the status where we find ourselves now because of the efforts we put into the exercise. The ranking is talking about the visibility of the university. So, when we came in two years ago, part of what we planned in our strategic plan was to make the university more visible not only in Kano or Nigeria but worldwide. So that means we have to put in a lot in terms of record keeping, quality of teaching, quality of research, and training. All these variables are indicators that you have to work on before you reach where you are.

We started working on those indicators. And we also constantly talk to our colleagues about the importance of ranking. So, we started work. What we see now are the efforts of the last two years. BUK has never been in this position before; we are number four in Nigeria after (the universities of Lagos and Ibadan and Covenant University. And in the world, we are number 1016. You can find out how many universities we have in the world, but we’re number 1016 in the ranking, which means at least the image of the university has been lifted. We put in a lot of effort.

These indicators have to meet the requirements before you are picked. Not only that, there is another; we came second in Nigeria in terms of two other variables.

We are now planning in the university to give our staff, particularly teaching staff, something to publish in Q1 Scopus journals. We will give you money if you do that and bring evidence of publication. We are now trying to finalise how much we’re going to give. But I assure you, we are not going to give less than N250,000 per paper. If we have money, we are going to increase it to N500,000. Just provide us with evidence that you are able to publish in this or that, and then we will give you a reward for that.

This is because we know that, if you’re able to do that, then the name of the university is going to be seen around the world, and if you are not able to publish it in Q1 journals, we are still going to assist you in other sets of journals that are lower than that. These are open-source journals. So, you are also going to be given a reward if you are able to publish in journals that are open source.

This is what we are going to do and in fact, I’m leaking this information to you first. You are going to be the first person to get it because we’ve not even released it within the university community. We’re finalising that.

Has the visibility improved the level of research grants that the university has been attracting?

It has. Last year, in the National Research Fund, which is funded by TETFUND, we secured research grants worth over N400 million; individual and group. And these researches target directly finding solutions to the problems of our society.

There are fears that, following the resumption of academic activities after the eight-month ASUU strike, students might be made to do a lot in far less time. How does the university intend to maintain efficiency while attempting to recover lost time?

We are not packing everything together to rush the students and then conclude the session the way people are saying. If you have access to our newly approved calendar by the Senate, we gave three weeks to students for revision. And the reason we gave three weeks is that when the strike started in February, we were exactly three weeks from the exam.

We are giving the students three weeks to write the exam, which is our normal time for writing exams. And then, immediately after writing the exams, we switch to the second semester. We are not giving any breaks because the students stayed at home for too long.

By regulation, our semesters are supposed to be between 12 and 15 weeks; Minimum of 12 weeks, maximum of 15 weeks. So, we chose the minimum because we don’t have time.

Also, in between lectures, we have these elections. So, we deliberately decided to suspend academic activities during the presidential election week. INEC gave us 10,000 forms for recruiting staff and students to participate in the election. So we give one week for the presidential and another week for gubernatorial and other elections.

So immediately after the elections, by March, we’re going to have our second-semester examination. So we hope to start the next session, which is 2022/2023 session, in July.

There are insinuations that because of the strike action, some students who wrote JAMB are hanging around, not knowing their fate. What is the true position on this?

We have our syllabus; we are not yet due for another admissions exercise. Assuming there was no strike, we would have finished the 2021/2022 session, and then we would do the admissions you’re talking about. So, because that has not taken place, we still have the list of students that are hanging. They’re the ones we are going to consider in the next admissions exercise.

How do you intend to accommodate the increased number of qualified admission seekers?

We have means of accommodating that. You remember there was the COVID-19 shutdown; we had about nine months, including the ASUU strike at that time. So when that happened, we had two sets of students on admission. So what we did was take 60 per cent of set ‘A’ of students for that year and take 60 per cent of set ‘B’. They retained their numbers differently, but we combined them in the same class. So that is what we did.