The presidential flagbearer of the All Progressives Congress (APC) in the 2023 elections, Asiwaju Bola Tinubu, has returned to Nigeria after spending about 12 days… 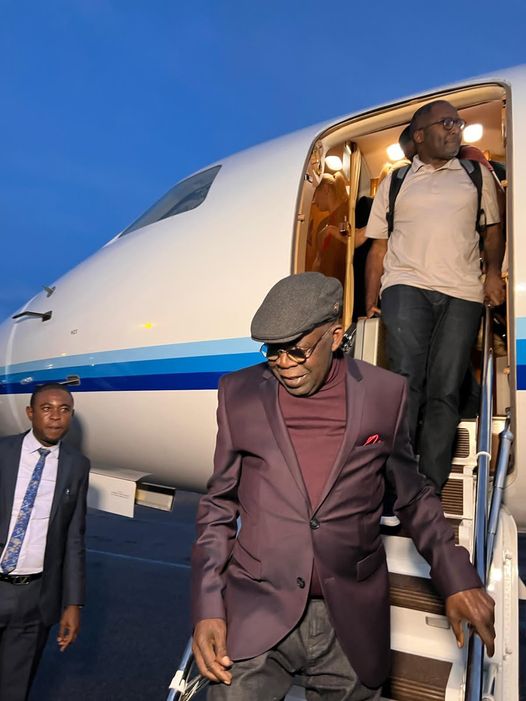 The presidential flagbearer of the All Progressives Congress (APC) in the 2023 elections, Asiwaju Bola Tinubu, has returned to Nigeria after spending about 12 days in the United Kingdom.

Bashir Ahmad, Special Assistant on Digital Communications to President Muhammadu Buhari, is among those who broke the news of Tinubu’s return.

We are expecting Tinubu in a few hours – Buhari’s aide

Ahmad had posted a video with the caption: “Our presidential candidate, Asiwaju Bola Tinubu has returned to Abuja from London,”

He further retweeted some videos showing Tinubu’s arrival from London.

Watch the videos below:

The city boy has landed. pic.twitter.com/sTIcr6GUK4

Another video showed the APC presidential candidate was seen welcomed by his running mate, Kashim Shettima as well as other party leaders like the Director-General of the APC Presidential Campaign Council, Governor Lalong; and the former Governor of Edo State, Adams Oshiomole.

Asiwaju Bola Ahmed Tinubu returns to Nigeria after a consultative visit to the United Kingdom. He is received by VP Candidate Senator @KashimSM, DG of the Presidential Campaign Council, Governor Lalong, Former Governor Adams Oshiomole among other political associates pic.twitter.com/Kz1fROBdN9