The Chairman of Gombe United, Dr. Larry Daniel Terry, has said the historic 1-0 victory over Remo Stars will propel the ‘Desert Scorpions’ in their… 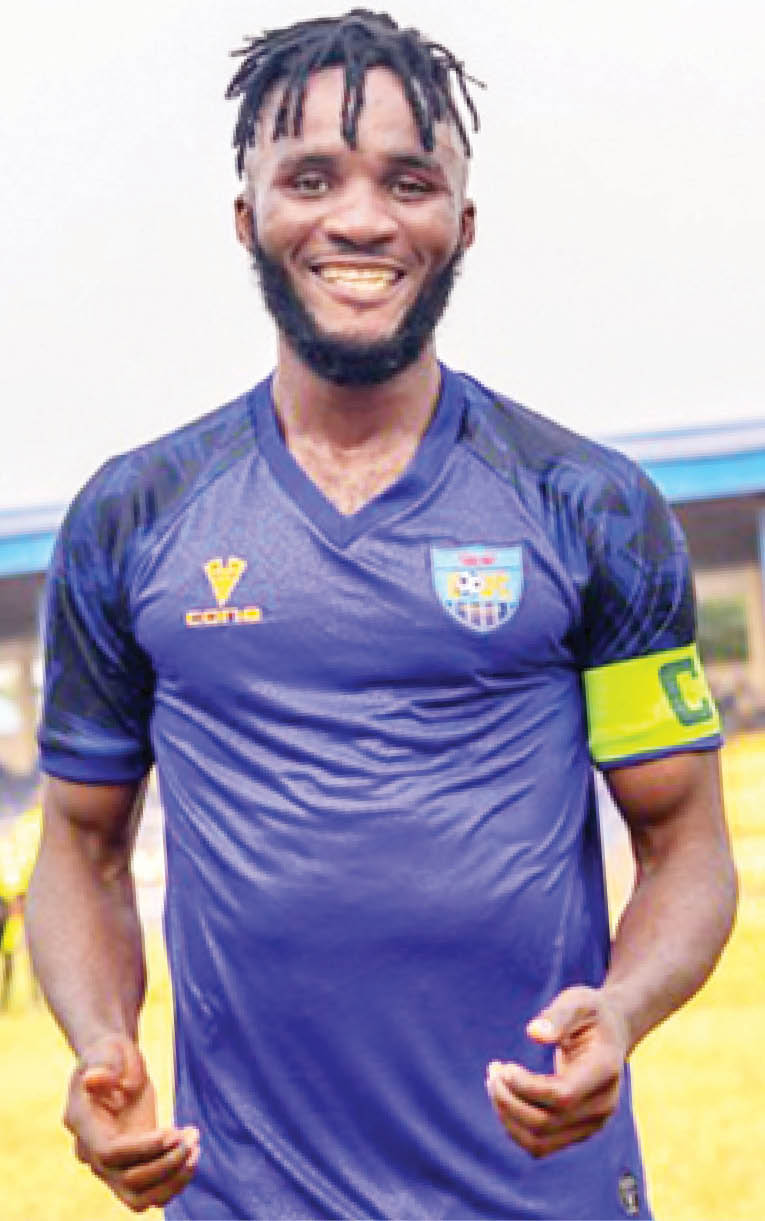 Captain of Gombe United, Chidera Eze, during the NPFL week 11 match against Heartland in Okigwe

The Chairman of Gombe United, Dr. Larry Daniel Terry, has said the historic 1-0 victory over Remo Stars will propel the ‘Desert Scorpions’ in their upcoming matches in the ongoing Nigeria Professional Football League (NPFL) season.

Gombe United on Sunday halted the 11-match unbeaten run of Remo Stars at the Pantami stadium after Ibrahim Yahaya’s stunner in the 15th minute of the highly entertaining NPFL week 12 fixture handed his side the maximum points.

Speaking to Daily Trust on Monday, Larry who expressed satisfaction with the performance of his team said the victory didn’t come to him as a surprise because he knows what his players are capable of doing.

He also said anyone who has been following the team in the ongoing season would agree with him that Gombe United are now a formidable side.

Larry, however, said the victory over Remo Stars didn’t come on a platter of gold as he noted that when two elephants clash the grass normally suffers.

“The performance of my boys was not a surprise because before the week 12 match, we were forced to a 1-1 draw by Heartland in Okigwe. We had also drawn 1-1 on the road with Nasarawa United in week 2. In these matches, the boys did very well.

“It is also a thing of joy that my team ended Remo Stars’ unbeaten run. It was not an easy one. They are a strong side but the early goal helped us a lot. They had to chase us from behind and it was not easy for them.

“The victory over Remo Stars is very important because it will propel us in our next match with Dakkada in Uyo. The morale in our camp is presently high. The boys are more confident than ever before,” said Larry.

The chairman also commended the match officials whom he said provided a level playing field for both teams to play beautiful football.

“I want to seize this opportunity to appreciate the good work done by the referees who officiated the match. They were fair in their decisions and that attracted commendation from Remo Stars as well,” he maintained.