On Friday, August 12, 2022, the peaceful town of Ajase Ipo in Irepodun Local Government Area of Kwara State erupted in violence as some members… 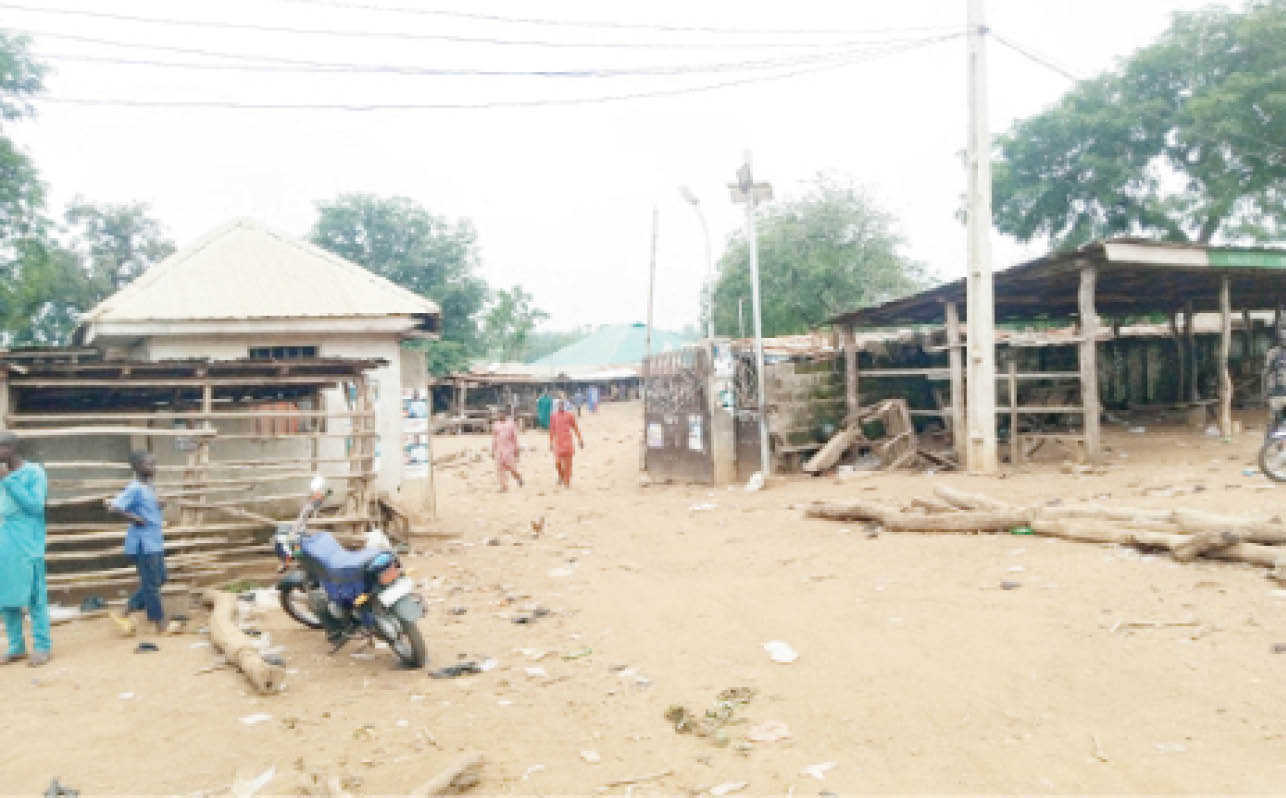 On Friday, August 12, 2022, the peaceful town of Ajase Ipo in Irepodun Local Government Area of Kwara State erupted in violence as some members of the Gani Adams-led faction of the Oodua Peoples Congress (OPC) clashed with Fulani cattle dealers at the popular cattle market while coming back from the Osun Osogbo Festival.

While both parties traded blames against each other on the real cause of the fracas, Daily Trust reports that calm has been restored following the intervention of the state governor and other leaders.

The fracas reportedly led to the deaths and destruction of properties worth several millions of naira and left injured a number of people who are still receiving treatment in various hospitals.

Although normalcy has since returned to the market held every five days, when Daily Trust visited on Saturday, many of the affected victims were still counting their losses and suspicion still pervaded the environment.

The fate and whereabouts of some of the Fulani who ran into the bush to escape being caught in the melee still remain unknown.

For Muhammed Aliyu whose brother’s teenage daughter is still missing, their prayer is only a cry to Allah. “We had thought she escaped with others and the search for her whereabouts went without any trace almost two days after the incident. We don’t know whether she has been killed, abducted, or lying somewhere injured,” he said.

Similarly, the identity of the corpse of a Yoruba transporter said to be one of the trans-city drivers that operate in the market was still a subject of dispute between some of the parties. The deceased was said to have been killed in front of Bovas Filling Station in the area and reportedly taken away by the police. There was also the case of a completely severed hand whose body was still missing when Daily Trust visited.

Despite the agony and pain, however, the peculiarity of the circumstance is underscored by the three narratives that have trailed the event as nobody yet among those spoken to has been able to give the exact account of what actually happened. Some of the patients that would have helped were lying unconscious at the Afolabi Hospital, Ajase, with injuries and slim chances of survival.

Policemen were seen around the vicinity with an Armoured Personnel Carrier (APC) and Hilux van stationed adjacent to the market to provide security and forestall any possible breakdown of law and others in the aftermath of the incident. Another Hilux van with some officers was also stationed at the other local hospitals where some of the patients were admitted for treatment. The police officers did not only provide this reporter with the necessary security but also followed and stayed with him throughout the visit while in the market and at some of the hospitals to see the victims.

Although the spokesman of the Kwara State Police Command gave the casualty figures as four, the Fulani community said they lost 6 people with one other teenage girl still missing; without any trace yet. They added that about 17 injured victims were scattered in several local hospitals in the town and estimated over N100m worth of lost properties while the clash lasted.

In his narration, the Seriki Fulani of Ajase-Ipo cattle market, Alhaji Sheu Garuba, said the community was completely taken aback by the situation.

“Kwara is a very peaceful place and we have been at peace with everybody. This incident is very strange to us; we have never witnessed such since we have been living in the state. We suffered serious casualties and damage to both the Hausa Fulani and Fulani Borgo that do business in the market. Presently, we have about 17 injured in various hospitals across the community,” he said.

On the cause of the conflict, the Fulani leader said: “While some attributed it to a cow that destroyed the side mirror of one of the OPC buses, others said it was a commercial motorcyclist (Okada man) that hit the bus while another version said a Fulani man hit the glass of one of the OPC buses (that nearly hit him) while trying to cross the highway. That was what I was told as I was not there.

“But whichever the case, the OPC should have known that the market has a leader and is approved by the government. If they have any issues, it is not for them to take the laws into their hands but report to the leader. When we started hearing gunshots, I called the police area commander here and also the Commissioner of Police. It was the timely and swift response that allowed us to take those injured to the hospital. It could have been worse. We are still searching for some of our members who escaped into the bush as I am talking to you now.”

Alhaji Garuba said all they needed was justice because of the damage to lives and properties, adding that all the corpses that were brought to him were of Fulani, and not OPC.

“We cannot quantify the number of persons injured, motorcycles burnt, cows killed, wares, and several other properties destroyed. This is not a fight between us and our host community with whom we have enjoyed peaceful co-existence all along; it is an attack by a group. We have lived in Kwara for a long time and all our children are born and we live here as one community. Whenever we have a misunderstanding with anybody, we settle it amicably, involving the police and traditional ruler.”

Abdullahi, a Fulani man who said he is the son of the Seriki, also said the incident happened around 5:00 pm, adding that even the person that was said to have caused the incident was not among the injured.

“The OPC members descended on the traders and others around which prompted the intervention of Fulani inside the market. They then mobilised their other members who invaded the market from both sides of the road,” he said.

Daily Trust gathered that the OPC has at least three factions in the state, controlled by Alhaji Maruf Olarewaju (OPC-I), OPC New Era, led by Bayo Ifabiyi, and the Adams-led faction whose members were involved in the clash.

Speaking on the issue, the state coordinator of the faction, Comrade Ganiyu Oladipo, said many of his men were injured during the incident, adding that the OPC members were caught in the clash contrary to the claim of the Fulani leader. He described the development as unfortunate.

“When I called our members to make an inquiry, I was told that a fight broke out in the market between the Fulani and some people which led to the attack of our members who were passing at that time. Although we didn’t record any death, many of our members were injured in the head, neck, and several other places. Even the severed hand of one of our members is still missing.

“What we are after however is peace after what happened and for the issue not to continue or escalate. None of our members will continue any fighting and none went there to purposely attack them in the first place. I plead with the leadership of Fulani to speak with their members as we are doing to ensure we continue to live in peace as brothers as we have been doing,” he added.

Responding to the statement by the Kwara State chairman of the Gan Allah Fulani Development Association (GAFDAN), Alli Mohammed Jounwiro, that the OPC killed nine of his members, Oladipo said: “The Fulani transferred their usual aggression to the OPC when a stray cow in the Kaara market along the road damaged the side mirror of one of the 20 vehicles conveying our members that were returning from Osun Osogbo Festival to the state.”

“Knowing that the buses transporting our members have been stalked in the gridlock, the Fulani cow dealers deliberately attacked the bus with various weapons. The police report on the incident showed clearly that the OPC was never part of the crisis. The leader of the Kwara State cow dealers was trying to hide the truth in order to curry favour from the public.

“Our members travelled along the same Ajase-Ipo road when they were going to Osogbo to celebrate the Osun Osogbo festival without causing any crisis. Why is it that the whole story changed as they were returning from Osogbo,” he asked.

So far, the intervention and visit of the Olupo of Ajase-Ipo, Oba Ismaila Muhammed Atoloye Alebiosu, to the scene to ensure peace and avert further bloodbath has been consolidated by the visit of Governor Abdulrahman Abdulrazaq who promised the Fulani that such would not reoccur. He equally assured them of a conducive environment to continue to do their business as a very important community in the state.