Bandits on Sunday night ambushed soldiers who were on patrol in Kampani community of Wase Local Government Area of Plateau State.... 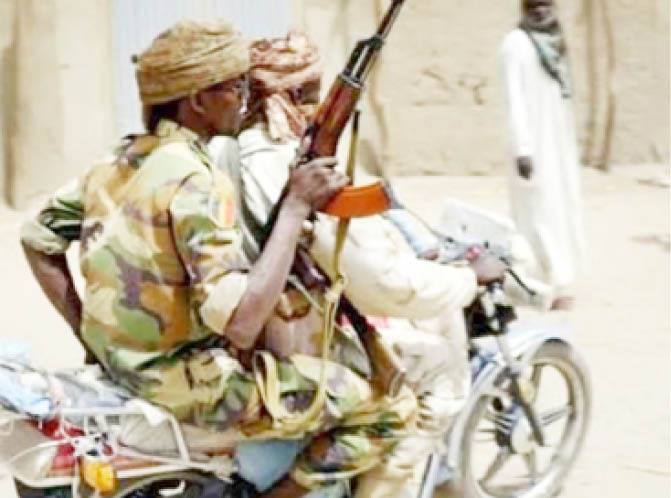 Mon, 18 Jul 2022 15:44:48 WAT
Bandits on Sunday night ambushed soldiers who were on patrol in Kampani community in Wase Local Government Area of Plateau State.
Salisu Dahiru, a resident of Kampani, told Daily Trust that two civilians were killed, while another was injured by a stray bullet during the incident.
But Major Ishaku Takwa, the spokesperson for the Operation Safe Haven (OPSH), a multi-security taskforce maintaining peace in the state, who also confirmed the incident, said, “It was an ambush attack. The criminals came out from the forest and opened fire sporadically on a moving vehicle.
“One was dead on the spot and another sustained injury in his hand. Troops are trailing them as information from the community is vital to clear the criminals.”
Salisu, who gave the names of the deceased as Alh. Bap’pale Yawale and Abdul Danladi kongurmi, narrated that the assailants arrived at the community around 8pm and started shooting Continuously, adding that “there was serious exchange of fire between the bandits and the soldiers but the soldiers successfully repelled the criminals.
The current ambush is the second in three days within the general area of Zurak, Kampani and Kogin Pai communities of Wase LGA.
On Saturday, no fewer than 1,000 cattle were rustled by bandits in Kogin Pai Community in the same Wase LGA.