The London meeting of the Presidential Candidate of the All Progressives Congress (APC), Asiwaju Bola Ahmed Tinubu and the Rivers State governor, Nyesom Wike has… 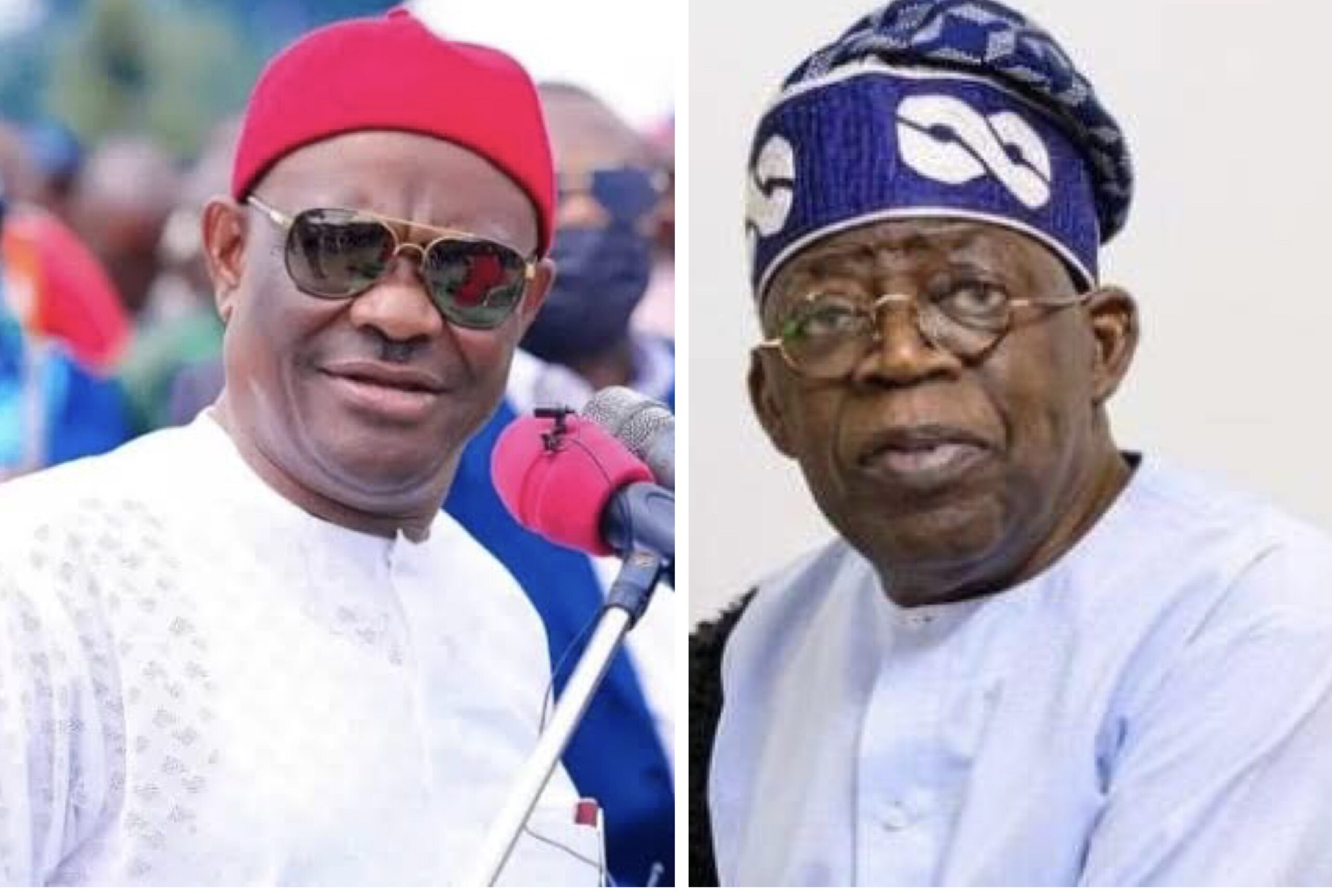 Wike, who came second during the presidential primaries of the PDP has been at loggerheads with Atiku following the selection of the Delta State governor, Ifeanyi Okowa, as the vice presidential candidate of the party.

Spirited efforts by the leaders of the party to persuade Wike to key into Atiku’s project have hit the rock.

Instead, the Rivers State governor has upped his romance with the chieftains of the ruling party and the presidential candidate of the Labour Party, Peter Obi.

Analysts believe that this development will heighten the anxiety in the camp of the former vice president.

Reliable sources close to both Tinubu and Wike told this paper that the two personalities met on Monday in London, where issues revolving around the presidential aspirations of the former Lagos State governor were extensively discussed.

A source in the campaign council of Tinubu said the meeting, which he described as “fruitful” was attended by six persons, three from each side.

On the part of the APC presidential candidate, he said Tinubu, the Lagos State governor, Babajide Sanwo-Olu and his Ekiti State counterpart, Kayode Fayemi, were part of the parley.

According to him, from Wike’s side, two governors who are of the PDP, Samuel Ortom (Benue) and Seyi Makinde (Oyo) attended the meeting.

“It was a fruitful outing from our end. Further meetings would be held,” the source said, saying he should not be quoted.

A former minister in Wike’s camp, who also confirmed the meeting, said there was nothing wrong with the parley, saying Atiku is also meeting with APC governors.

“Atiku is also meeting with some APC governors, why are they complaining?  What is good for the goose is good for the gander. It is all part of the game and nothing more,” he said in a phone interview last night.

It was learnt that two things are being ironed out, whether Wike should dump PDP and join the APC or remain in PDP but work for the APC at the presidential election.

A former minister of works and chieftain of the APC, Senator Adeseye Ogunlewe, has advised Wike to consider working with Asiwaju Tinubu, noting that he should not remain where he is not appreciated.

“In politics, nothing is impossible. Political parties are always looking for numbers and value, and Governor Wike will add it to the campaign. He should consider working for the APC, especially considering that his efforts are not appreciated where he is,” he said.

Efforts to speak with the spokesman of the APC presidential campaign, Festus Keyamo, the Director of Media and Publicity of the campaign, Bayo Onanuga as well as Tinubu’s media aide, Tunde Rahman, proved abortive as they neither answer calls placed to their known telephone numbers nor respond to SMS/Whatsapp messages.

When contacted, a spokesperson for Atiku, Paul Ibe, declined comment on the matter.

The key issue delaying the reconciliation of Atiku and Wike, according to party chieftains, is the demand for the resignation of the National Chairman of the PDP, Iyorchia Ayu.

The camp of the Rivers State governor was said to have reduced his demand for the resignation of Ayu. They argued that he was biased during the primary and that he pledged to quit if a northerner emerges as the presidential flag bearer of the PDP.

But a leader of the party said it would be difficult for Ayu to resign.

“A statement was issued last week, where it was stated that Ayu won’t resign. It would cause a lot of distraction now that we are strategising to defeat APC in 2023,” he said.

A former Deputy National Chairman of the PDP, Chief Olabode George has insisted that Ayu must resign for peace to reign in the party.

In a recent interview with this paper, George recounted that Ayu promised to vacate his seat as the chairman, if the party produced a presidential candidate from the North, challenging him to let his word be his bond.

George also said the South is not interested in the position of the director-general’ of the Presidential Campaign Council, saying in the interest of equity, fairness and justice, the national chairman should vacate his seat for a Southerner to take over.

To douse the tension in the PDP, the Chairman of the Board of Trustees (BoT), Senator Walid Jibrin, expressed optimism that the feud between Atiku and Wike would soon be resolved.

“I still maintain my stand that PDP is a democratic and national party that caters for all Nigerians, it’s not sectional but loved by all Nigerians. As a PDP BoT chairman, I must say the truth and nothing but the truth no matter any criticism I don’t fear anyone.

“Therefore, I will never accept any unholy criticism by anyone. I will remain in PDP until my death. I still maintain that the BoT is eagerly waiting for the report of the reconciliation committee headed by the governor of Adamawa State and Professor Jerry Gana, thereafter, the BoT will thoroughly discuss it and inform the public accordingly no more, no less,” he said.