Barring any last-minute change, the presidential candidate of the All Progressives Congress (APC), Bola Ahmed Tinubu, will meet with Northern leaders for an interactive session… 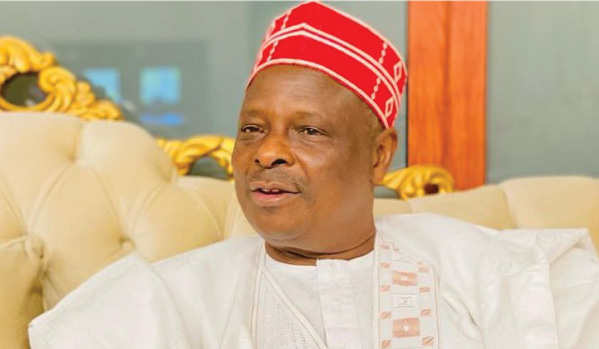 Barring any last-minute change, the presidential candidate of the All Progressives Congress (APC), Bola Ahmed Tinubu, will meet with Northern leaders for an interactive session today.

In a statement, the Tinubu Media Office, on Sunday, said the meeting would be in honour of an invitation by Arewa Joint Committee.

The statement indicated that the meeting is part of a wider interaction with selected presidential candidates to discuss their plans for the region ahead of the 2023 general elections.

Sen. Kwankwaso of the NNPP was scheduled to address a panel of the Arewa Joint Committee in the morning session while candidate of the All Progressives Congress (APC), Bola Ahmed Tinubu, and that of Labour Party (LP), Peter Obi, are scheduled to interact with the committee later in the day.

However, a letter dated October 14, 2022, and signed by the spokesperson to Kwankwaso’s presidential campaign, Hon. Abdulmumin Jibrin Kofa, noted that, “We have credible information in our possession that shows that some people have been compromised and these people have concluded plans to turn the event into an endorsement platform for a particular candidate.”

Kofa stated that the campaign team was aware that the earlier date for the session had been postponed and a new date fixed to coincide with the “date of the rally of one of the presidential candidates in Kaduna. This further gives credence to the information in our possession that the event is being financed by the candidate.”

The letter stated that, “We believe that it is very wrong for any group to clandestinely plan to endorse any candidate in the name of the North, especially when we have more than one candidate from our region. And our candidate enjoys more acceptability among the northern masses and across the country than any other candidate.”

It also stated that the date selected for Kwankwaso’s session had coincided with a lineup of campaign activities of the party while also stating that its technical team was still making final touches to the blueprint of its policy proposal.

“However, as soon as the blueprint is presented to the public by our candidate, we shall make copies available to your groups,” it stated.

According to the letter, which was addressed to the Arewa Joint Committee, Kwankwaso has 17 years of experience in the civil service and no one among all the candidates has the combination of experience at the executive, legislative, diplomatic, civil service as well as security levels like Musa Rabiu Kwankwaso.

“We are therefore advising you not to do anything that will ridicule the legacies of Sir Ahmadu Bello and other famous northern leaders like Sir Abubakar Tafawa Balewa, Malam Aminu Kano, Sir Kashim Ibrahim, J.S. Tarka, etc. by attempting to endorse an unpopular candidate at the expense of a more competent, more experienced and more credible one,” it said.