Fredrick Nwabufo, columnist and media entrepreneur, has taken a jab at those alleging that Asiwaju Bola Ahmed Tinubu was deliberately avoiding the southeast. Tinubu held… 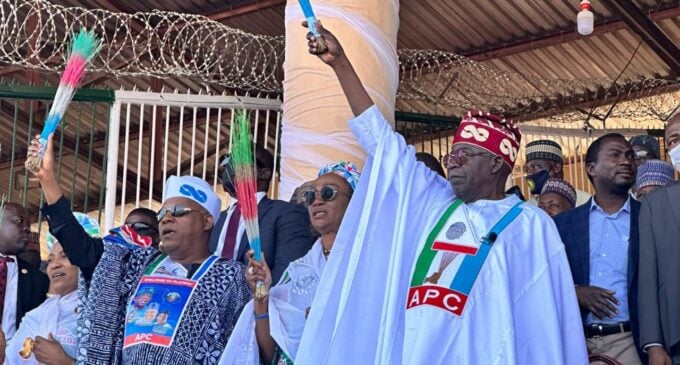 Fredrick Nwabufo, columnist and media entrepreneur, has taken a jab at those alleging that Asiwaju Bola Ahmed Tinubu was deliberately avoiding the southeast.

Tinubu held a townhall meeting in Owerri, Imo state, on Thursday where he spoke on issues tugging at the heart of the zone.

Tinubu said: “We will build an ecosystem where traders will have access to credit facilities and create more and better jobs for our youths, as well as support more high-quality home-grown goods. My government will build new industrial hubs in Aba and Owerri.”

“We will establish policies that would widen horizons and expand business reach while ensuring Owerri-Port Harcourt and Aba-Port Harcourt corridors becoming more active and lucrative trade and manufacturing corridors.”

Speaking on the townhall meeting, Nwabufo said the event shows the gravitas with which Tinubu takes governance.

“The townhall meeting clearly ridicules the lie that Asiwaju is deliberately avoiding the southeast. The success of the event shows that Tinubu is accepted by all Nigerians across groups and divides.

“Asiwaju went there with a plan; and he unveiled his plan as contained in his manifesto to the people.”

Nwabufo said the plan of the APC presidential candidate is brilliant, strategic and thoughtful.

He said: “Tinubu was thoughtful to have identified the pressing need of the zone which is — industries and infrastructure.

“It shows forward thinking and leadership.

“About 50 percent of industries in the zone collapsed owing to a lack of infrastructure within 16 years under past administrations.”

“It’s now left for us to rally behind him and ensure he wins. We must follow the man with the plan.”