The pastoralism paradigm in Nigeria

I find the opinion that Fulani pastoralists threaten conservation in Nigeria problematic. Because “Fulani herdsmen” are the Nigerian media boogeymen, it feels like another excuse… 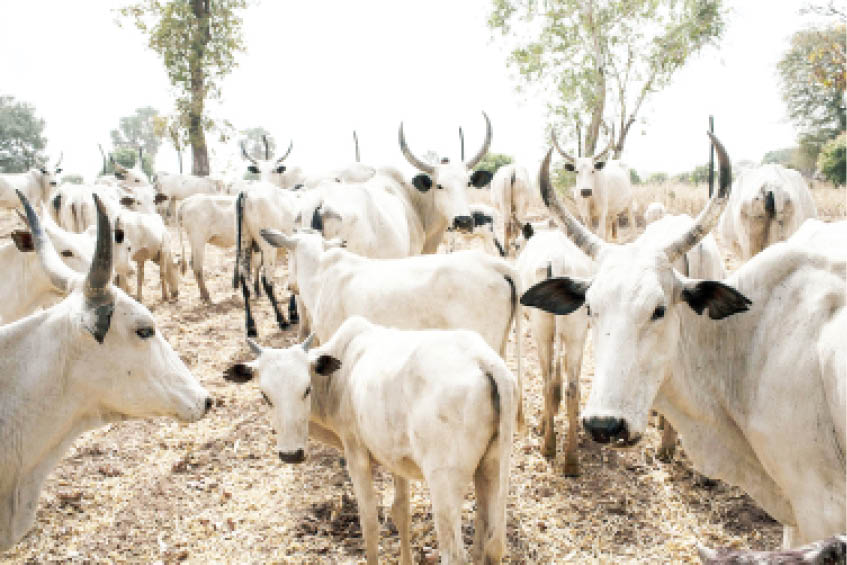 I find the opinion that Fulani pastoralists threaten conservation in Nigeria problematic. Because “Fulani herdsmen” are the Nigerian media boogeymen, it feels like another excuse to vilify an ethnic group for clickbait or political points. In order not to get defensive, I checked out the science. Fulani pastoralists live a sustainable life that is any nomad’s trademark. It did not make sense that environmental degradation was linked to cattle grazing. So, I talked to experts and attended virtual conferences and my discernment was justified.

Pastoralism is not an outdated way of life. In fact, pastoralists are known as guardians of the environment. They exist on all continents, grazing camels, cattle, yaks, reindeers, goats, sheep, horses, and llamas. Nigeria’s nomads are from the Fulani tribe, also classified as transhumance because they are mobile livestock breeders. Their cattle provide organic milk and meat and their services are sought after as cattle experts and private herders.

If anything, pastoralists are affected by climate change. Though known to adapt to environmental variability, today, they are burdened with unpredictable seasonal movements to navigate urbanisation, encroaching farmlands on ancestral pastoral routes, deforestation, mining, and other unmanaged destructive human activities. What we see as development may also be destruction.

About two-thirds of the world is undergoing desertification. Around 70 per cent of Northern Nigerian states are already affected by it. It is estimated that by 2050, one billion people will be refugees of soil desertification, with the looming threat that the world’s topsoil might be gone within 60 years. The chances of conflict increases where there is a scarce resource and food insecurity. Fundamentally, land degradation is an underestimated threat.

Open grazing can reverse climate change by regenerating soil’s organic matter, thereby restoring its microorganism biodiversity. Historically, soil and vegetation developed with large numbers of grazing animals, which we don’t see anymore because of overhunting and urbanisation. Today’s proxy would be cattle. The constant movement by a lot of hoofed herbivores, as seed dispersal, releasing dung and urine, enriches the soil.

Periodic trampling of hooves in migration break up soil and crush plants into natural mulch, which keeps carbon in the soil, also called bio-sequestration. That carbon drawdown reduces carbon in the atmosphere that causes an unfavourable greenhouse effect. Healthy soil means better vegetation cover and more trees, thus the air and water cycle is filtered and improved.

Open grazing is natural low-cost weed control, preventing grass accumulation that intensifies bushfires. With less herds to reduce weed, forest fires get out of control. Also, burning farmland destroys microorganisms in soil and pollutes the air. Nomads have migrated for ages, and even parks that have been carved out for conservation already had nomadic groups living in it or passing through, proving their presence was not damaging.

In 2016, the United States Geological Survey stated that open grazing land in Nigeria’s middle belt has declined by 38 per cent since 1975, while farm expansion tripled. The middle belt region accounts for almost two-thirds of the switch from grazing land to farmland. Thus, nomads are left with less land to nurture their cattle and intrusion of grazing routes.

There are calls to ban open grazing and start ranches. However, anti-grazing laws are counterproductive because it won’t solve conflict and it won’t stop erosion, which are two reasons often used. It will however infringe on pastoral rights. Deforestation, plastic waste, mining, and tilled farming are bigger threats to soil health. Cattle ranching is not as profitable as it is advertised to be. Apart from being labour intensive, it is not eco-friendly, responsible for the highest contribution of global carbon levels. Also, the waste runoff from ranching feedlots does more harm to water than cattle faeces.

Farmers and nomads were known to work together since nomads provide non-toxic organic practices for growing crops. Manure is safer than chemical fertilizers, which run off into water sources causing excessive algae. Recent conflicts are linked to limited land and population growth. Like most things, proper management is the difference between positive and negative outcomes.

Mashekari is a temporary nomadic settlement on harvested farmland, where farmers host herders for about a year – shekara. Before the rainy season, herders move out, leaving behind fertile farmland. This indigenous practice is what westerners now promote as “managed grazing”.

Transhumance is officially a UNESCO intangible cultural heritage. The Human Rights Committee has recognised the rights of pastoralists to preserve their way of life and historic grazing routes. To force a settlement in one place is unfair and insensitive. Western nations celebrate pastoralists by facilitating pastoral movement with established crossing corridors, festivals to mark migration, education, and considering indigenous populations when developing public infrastructure.

It takes strong leadership at all levels to maintain order. In 1989, the nomadic school system was set up in Nigeria, inclusive of migrant riverine fishing communities and middle belt farmers. Also, my father told me about two eco-conscious traditional titles, Galadiman Daji and Malamin Gona, tasked with overseeing trees and maintaining farmland/grazing route borders, respectively. Unfortunately, the relevance of such systems today is uncertain.

Farmer-herder conflict should not be exaggerated into ethnoreligious conflict. After all, there are communities from the same ethnicity and religious affiliation that clash over land, yet it does not make headlines because it is not the ‘Us vs Them’ hysteria. Nurturing an inclusive society is the key to having productive citizens. Obviously, without law and order, neglected groups will fill the void by submitting to extreme ideologies and recruitment into troublesome groups; and it applies to all ethnicities. If land degradation causes conflict, then environmental conservation is a solution.

The World Resource Institute estimates that for every $1 invested in restoring land, there is $7 – $30 in economic benefits. Environmental restoration is a more profitable investment than hatred and violence. Fortunately for Nigeria, there are Fulani pastoralists who are an asset to environmental conservation.

By Fareedah Mohammed Munir (Fareeda could be reached via fubs2010@gmail.com)