The home, the problem (I) 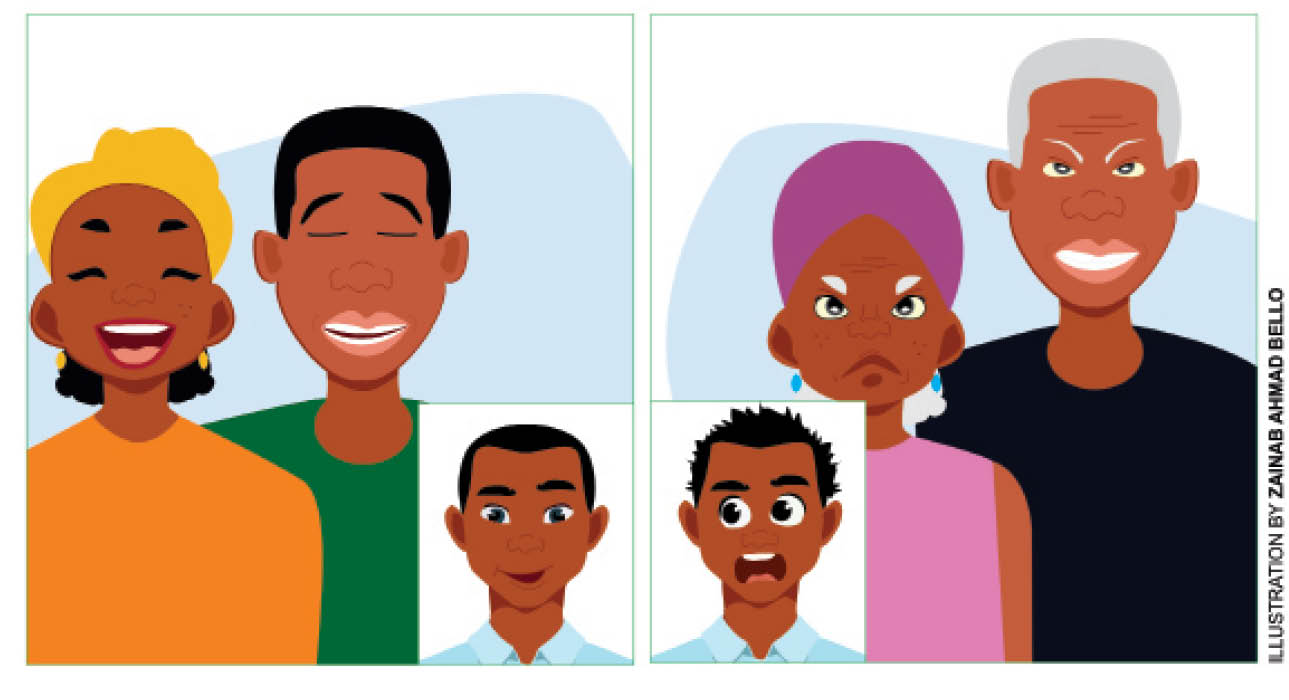 The home, the problem

There’s no time when the African adage “parents give birth to the body of their children but not always to their characters” is better spoken than now when many children have ethically ceased to be their parents’ replicas. Nearly everything about today’s children, as young boys and girls, negates what ordinarily used to be the character of anyone who had good home training as it were in the youthful days of their parents. What we see in today’s generation of young people is nothing but a true reflection of a society that has lost all the cultural and ethical values that once portrayed its citizens as well-mannered people.

Honesty, courtesy, respect for elders and constituted authorities, kindness, care and love for others, punctuality, personal hygiene, hard work, patience and perseverance are some of the ideals that defined the character of a well-behaved individual; at least, up to two decades before the close of the last century. Now and unlike what obtained in the past, today’s generation of children in Nigeria have been robbed of these virtues. They have little respect for elders. Children nowadays expect older persons to greet them first when they meet. When children decide to greet first, the salutation often sounds as if they are being forced to do so.

Children have generally become disrespectful, wayward and disobedient. Many of them have also become clever liars and wonderful pretenders. Some of them act and behave like saints in the house but become devils as soon as they are out of the house. I personally find this phenomenon most embarrassing probably because I come from a conservative community in Northern Nigeria, the Nupe, where respect for older persons is highly cherished. Some of today’s children consider indigenous culture and traditions outdated because many parents substantially fail to guide and educate them to appreciate the esteemed aspects of their indigenous culture. Such children, therefore, grow up to embrace western philosophy, culture and traditions in its entirety at the expense of their own cultural and national identity.

Unlike the pre-colonial and colonial generations of Nigerian youths who helped their parents on the farm or their chosen vocation, children these days are only interested in the proceeds of their parents’ hard work. They vehemently shun the process from which the earnings were reaped. Instead, they want parents to continue to serve them even when they are old enough, healthy and sufficiently well-off to pay their parents back for the sufferings the former went through to ensure their survival.

Rather than think of supporting parents or helping their siblings, the first thing that often comes to children’s mind as soon as they secure a job after graduation is marriage. And once they get married, they want to care only for their wives. They seldom want to share in the problems of their parents and relations. Even when it is obvious that they have the capacity to pay their sibling’s school fees, they look for excuses to sidestep the concern. This new trend of ‘me alone’ is alien the teachings of Islam.

As we complain about how virtues are missing in children, we should remember to reflect on how some parents and even governments have woefully failed to care for the inalienable rights and basic needs of children. The pervasive indiscipline among the present generation of children and youths says a lot of how some parents have either abandoned their core responsibility of child-training. Other parents abdicate the task of building their homes and families to pursue wealth, career, or even pleasure and fun.

Children who grew up without minimum parental care and love are not likely to show other people the same concerns they were inexcusably denied including those who subjected them to vulnerable conditions; sometimes for smokescreen reasons (such as the search for Qur’anic education) advanced by some parents only to conceal their negligence. For those who overindulge their children, it is the height of over-pampering for a father or mother to fight his/her children’s teacher(s) or molest his/her children’s uncles/aunts, as witnessed in recent times, only to please their children. Such parents simply do not wish those children well.

The ruinous role of modern technology cannot be ignored in this discourse. Truly, digital revolution has radically changed the traditional role of the media; going beyond just informing, educating and entertaining its users. The interactive opportunities availed by social media platforms such as WhatsApp, Instagram, Facebook, Twitter, LinkedIn, YouTube, and Snapchat have become powerful but dangerous spots for polluting the psyche of youths who now model their lives in accordance with their favourite actors, actresses, musicians, comedians and celebrities. They dress, talk, walk, and misbehave like their worthless role models. Worst still, they wrongly do that with the highest sense of justification.

Parents must see themselves as duty-bound to monitor and regulate not only what their children watch and listen to but also check the kind of friends they keep. No matter the threat posed by modern technology to our indigenous culture, we can use the same technology to not only resist needless alien civilizations but also build and inculcate amiable characters into our children provided parents remain committed to their responsibilities. The social media could be checked if parents can set aside quality time to interact with their children. One hour of quality interaction with children could counter days of social media influence. Time spent with children has implications for their future life. Through this interaction, parents could avert or thwart drug or substance abuse, kleptomania or other unwanted habits in children.

But why is the home, as the title of this piece suggests, the problem in all these issues? The home is the first school in the life of a child; with parents as first teachers. The home is the ‘school’ where societal values are instilled into children. That’s why parents are solely responsible for the behaviours or misbehaviours of their children. As children grow from childhood to maturity, parents take the credit when they behave as they also share the blame when young people become scoundrels or hooligans. This discourse continues next week, insha Allah. May Allah guide us to be responsible parents and well-behaved children, amin.