The fight of your life

It began with nothing more than an irritating sore throat and a mild cough. You ignored it for a few days, thinking that your immunity… 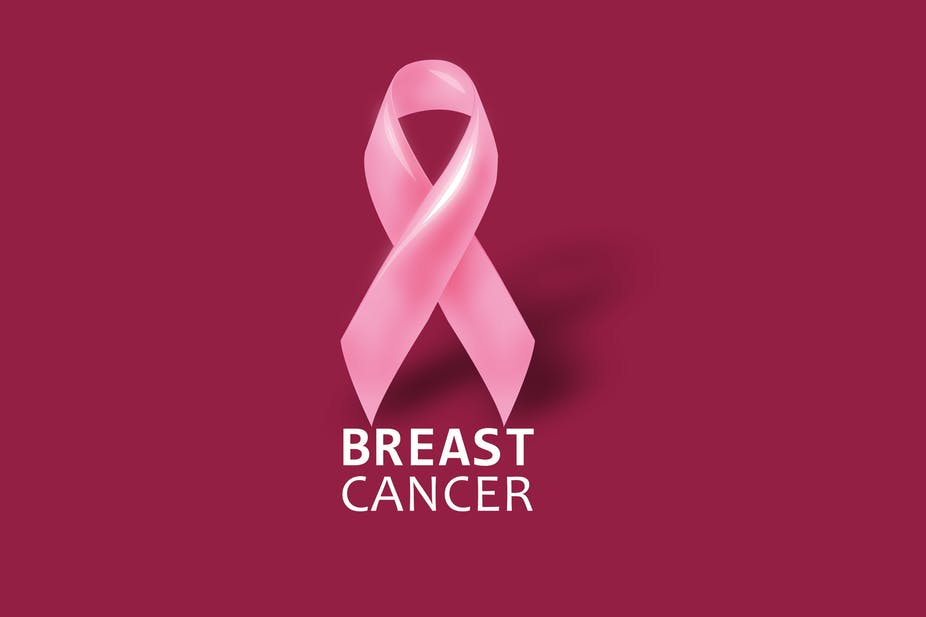 It began with nothing more than an irritating sore throat and a mild cough. You ignored it for a few days, thinking that your immunity was strong enough to fight it. Afterall, you were a healthy woman in your prime, forty-two years old with no background of chronic ill-health. It was most likely a viral infection which would disappear by itself. You took herbal teas and warm water to soothe your throat and after a while, the sore throat and cough went away.

A few weeks later, the cough returned, alone this time, without the rest of its family- catarrh, headache and fever. The cough was dry and accompanied by chest pain. This time you decided to take action, as it was interfering with your life. You bought some vitamin C tablets and an antibiotic the pharmacist at the store recommended. After a while, the cough became minimal, tolerable even, and you continued with the hustle and bustle of life.

Three months later, in the morning, while brushing your teeth, you became overcome by a fit of coughing. You spat into the sink, your phlegm and noticed specks of blood in it. Alarmed, you told your husband, who advised you to see a doctor. Family and friends had noticed that you had lost a little weight but you brushed it off, secretly happy that you were getting in shape.

The doctor attributed the cough to allergies. It was strange because you did not have a history of allergies but decided to believe him since your chest Xray came back negative and the blood work only showed anaemia. He hurriedly gave you some anti-allergy medication and blood tonic, waving you off as he had other patients to see. It was a busy government hospital.

Still, the cough persisted and the worse yet, you were coughing up even more blood. Despite the blood tonic, you were becoming weaker and weaker. You could not keep up with the household chores of cooking and cleaning. You were tired all the time and your husband was beginning to get angry with you. Why were you always complaining?

One month later, your mother visited and was aghast when she saw your weary face. She immediately dragged you to another hospital and insisted that you see a more senior doctor. You and your mother left your home at 5am so that you would be able make the morning queue. You waited in the freezing harmattan for almost five hours before you were able to see a doctor. In the consulting room, he took a more detailed history and examined you properly. None of the previous doctors you had seen had giving you much attention. Maybe it was the sight of your mother sending him dagger looks that made him do his job thoroughly. He scribbled furiously on the file and asked you to do some tests and a Chest CT. Both you and your mother were ignorant of the cost. When you were asked to pay N50,000, your heart sank. You did not have the amount and neither did your mother. You returned home disheartened and told your husband.

After days of scouting around, he was able to scrape together the amount for the tests. On the day you were told the results of the CT, it was particularly windy. The early morning dry harmattan wind pinched your skin and made your teeth chatter. The kind doctor looked gravely at you and delivered the news- you had Lung cancer. Lung cancer? Was that not something smokers had? You who had never even touched a cigarette in your life let alone smoke it? You who had led a pristine life of never smoking, drinking alcohol or sleeping around? You who had never been hospitalised in your life even when you delivered your children and was the epitome of perfect health? You had cancer? Was that not the disease of old people? How?

Your family was shattered when they heard the news. They demanded that you get a second opinion elsewhere. But everywhere you went, it was the same diagnosis: Stage 2 lung cancer. The conversation moved to the mode of treatment. The doctor mentioned chemotherapy, radiotherapy and more tests.

Nobody told you that cancer treatment was expensive. Everybody encouraged you to ‘fight cancer’ and ‘be strong for your children’, but nobody told you about the financial agony of begging for money. What little savings you had quickly disappeared. You and your mother sold all your gold for costly injections. Your father, a retired school principal sold the only land he had for rounds and rounds of chemotherapy. Your husband gave the little he had and left you quietly alone. You had to travel to Abuja for radiotherapy. There, you would queue with other cancer patients waiting patiently for your turn. You would eat groundnut and gist with the other patients till it was your turn for the machine to burn the cancer cells in your body. Some days the machine was not working and you had to return to your brother’s house, dejected. Other days, you came late and had to be given another appointment.

Nobody told you about the loneliness cancer brings; all the nights you spent watching the shadows in the ceiling shedding quiet tears. Who could you tell about the deep loneliness and sorrow eating at your soul? When you tried to talk about it with family, you were told to be grateful. To leave it to God. To hope for the best. Nobody understood the crushing need for you to unburden the despair you felt when you went alone to the hospital and lay on the awful, dirty, raggedy couch for your weekly injections. Or the times you travelled for your radiotherapy in a commercial vehicle, squeezed between obese men and women who did not care for your sickness.

Nobody told you to prepare for the humiliation and degradation that cancer brings. The pitiful stares the hospital staff give you as if to say ‘I am so sorry you are going to die’. The long queues. The endless waiting. The begging for discounted rates. The sad smile the doctor gives you when he sneaks an extra vial of medication into your bag. The sneers of the social welfare department when you go enquiring for donations.

Most importantly, nobody told you that life would go on. That while you were fighting for your life, life would continue, gaily and boringly as normal. Weddings, naming ceremonies, birthdays, and funerals. While life had stopped for you, nothing had stopped for the people around you. In between chemotherapy, your children wanted your attention. You would return from hospital, tired and dejected from all the vomiting and yet, your family wanted you to cook dinner. Your hair fell out and your chest became darkened from radiotherapy and yet, your husband would reach out for you at night. When you become too tired to perform your wifely duties, he threatened to take another wife, after all you are ill. His family supports him and you are told to be patient, that you have been ill for too long. As if cancer treatment has an expiry date.

Your treatment continues for well over two years until the day your doctor looks you straight in the eye and tells you that your cancer has spread to other parts of your body. That further treatment is futile and the best they can do for you is to help reduce the pain in your chest and abdomen.

And then you remember: nobody told you to prepare for death.

*October is breast cancer awareness month. This article is for all the people who are currently fighting cancer and for those who have fought the battle of their lives and lost.

We know you; we remember you, and we will continue to pray for you.