Thousands of farmers in Taraba State were prevented from going to their farms following invasion by bandits and terrorists in more than 20 farming communities.… 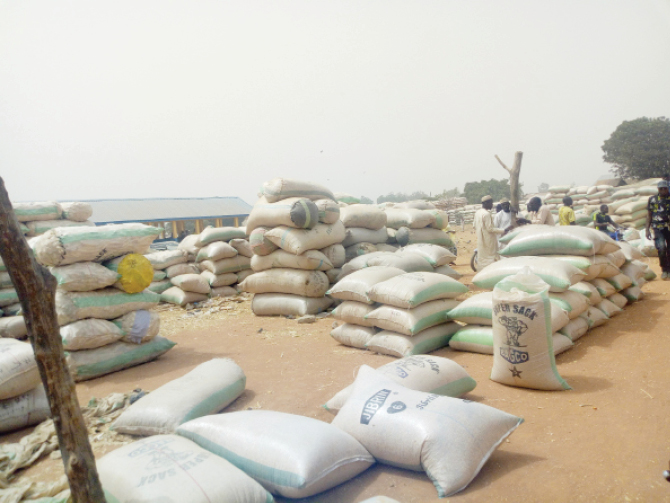 Thousands of farmers in Taraba State were prevented from going to their farms following invasion by bandits and terrorists in more than 20 farming communities.

Our reporter gathered that the bandits have demarcated some farming areas in Gassol and part of Bali local government areas and threatened to kill any farmer that ventures into the demarcated areas.

The situation is getting worse every day as many farmers were prevented from harvesting their crops by the bandits across many farming communities in the state.

The bandits, it was further gathered, are also abducting farmers and cattle owners, forcing many residents to relocate to Jalingo, Tella and Mutumbiyu towns.

It was learnt that within the last few weeks, more than 50 farmers were abducted and ransom ranging from N5m to N7m was paid per individual farmer abducted.

Similarly, many of the victims were forced to sell their farm produce and cows to pay terrorists as ransom.

Findings further revealed that the terrorists have enforced levy in some farming communities.

The gunmen operating on motorcycles have also sacked Jauro Manu, BabaJoli, Garin Gidado, Anema and other villages in both Gassol and Bali local government areas.

Farmers in these communities have deserted their farms, leaving their crops unattended.

“We are all farmers but with the presence of bandits brandishing weapons we cannot go to   the farms,” a resident of Garin Simaila said.

Farmers interviewed begged that their names and photos should not be in print because informants who give the bandits information reside in all the affected communities.

A farmer, Buba Bala (not real name) told Daily Trust on Sunday that he was abducted three times and paid N5.4 million ransom.

According to him, he was abducted around 12:30am from his house by four gunmen and taken to a mountain area in the forest at border between Bali and Gassol local government area.

He said the forest was used by the bandits as a camp where they chain their captives for many days before ransom is paid to them.

“There are about eight separate camps not far from each one and in each camp, there are more than 12 person all in chains and the camp is guarded by different bandits.

“The terrorists negotiate ransom with families of those they abducted openly and they tell the family of each abducted persons what he or she has at home and usually what one possessed determines the amount to be negotiated,” he said.

Finding also revealed that the terrorists are in their hundreds and they move in their number during the day and night on motorcycles with their arms and the villagers have no power to question them.

Traditional rulers and clerics were not spared by the bandits, our findings further revealed.

The three village heads of Maigemu, Maisamari and Garing Barau were killed by the bandits.

Similarly, the District head of Gunduma, Mallam Wali Gunduma, was also abducted but later released after payment of ransom.

The Bandits, it was further gathered, had demarcated an area which covered several farm lands and warned that no farming activities should take place on the land this farming season.

“We are the major producers of paddy rice, maize, groundnut and other cash crops and now the bandits have taken over most of farming communities, the implications is that farming activities have dropped drastically,” a resident said.

Further findings revealed that apart from farmers, cattle owners were also affected with a number of them abducted and forced to sell their herds of cows to pay ransom.

He said when he was abducted last month, his family borrowed N5.5 million with interest of N 550,000 to meet the deadline given by the bandits.

Boshe also stated that herdsmen who have about 300 cows were forced to sell more than 200 for their freedom. He said threats posed by bandits had forced many herdsmen to abandon their settlements.

“If you are a big time farmer or have many herds of cow, you will be in trouble because informants are always monitoring you and they will give information of all your financial transaction to the bandits,” Boshe said.